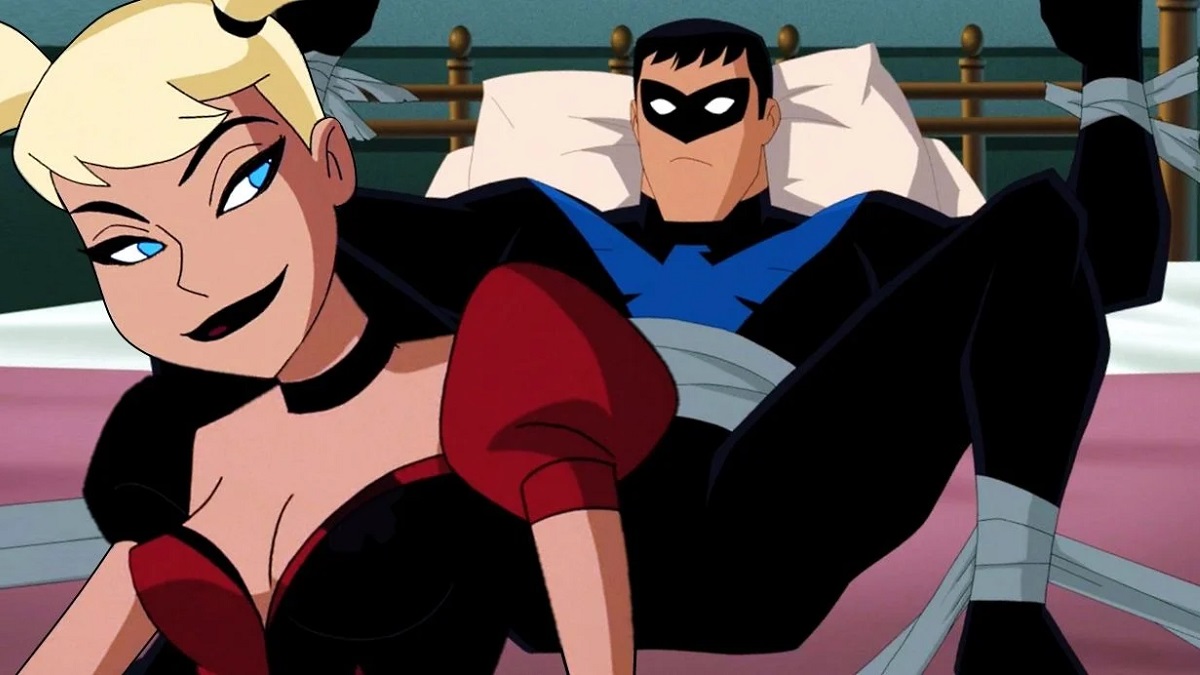 Harley Quinn is one of the best comic book shows around. The anarchic comedy both satirizes the DC Universe, and tells a genuinely touching story about Harley Quinn and Poison Ivy’s blossoming romance.

After two killer seasons it’ll soon return for a third on HBO Max, this time focused on whether or not the two characters can maintain a relatively healthy relationship.

Now we know that another Bat-character will be making an appearance, with Deadline confirming that What We Do in the Shadows‘ Harvey Guillén will be voicing Dick Grayson/Nightwing. It comes on something of a hot streak for the Guillén, as we recently also heard he’s been cast in DC’s live-action Blue Beetle, along with Dreamworks’ Puss In Boots: The Last Wish.

The news also arrives on the heels of the announcement that Guardians of the Galaxy director James Gunn will be appearing in Harley Quinn as himself. Expect the fourth wall to get comprehensively destroyed when this happens, as Gunn was responsible for Quinn’s last big screen adventure in The Suicide Squad.

Harley Quinn‘s third season was originally scheduled for late 2021, leaving fans questioning the reasons behind the delay. Fortunately, we may not have to wait too much longer to see it. Writer/Producer Patrick Schumacker has confirmed that the audio mix for the third season is coming together, and that we should call our friends because “it’s happening!”.

Hopefully that means we’ll get the first new episodes sometime in late April, as Harley Quinn is by some stretch the funniest and most entertaining Batman-related show currently airing.

Harley Quinn is available to stream on HBO Max.