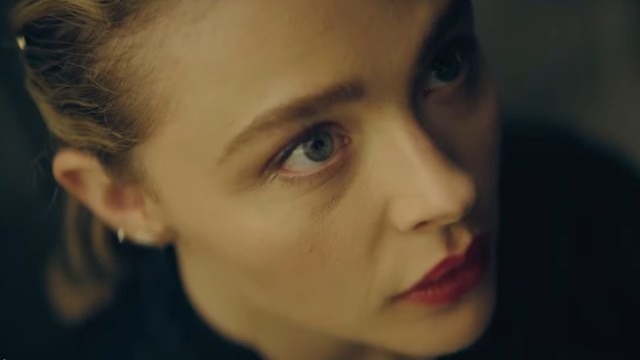 Strap in, science fiction fans, as a new series has been released that might just capture your attention. The series in question is The Peripheral, which stars Chloë Grace Moretz, Gary Carr, and Jack Reynor. The series is airing on Amazon Prime Video, and it is based on the 2014 book of the same name by William Gibson.

The series follows Moretz’s character Flynne Fisher, a gamer who discovers a secret in a video game. We will not spoil what that secret is here, but the series has connections to alternate realities, futures, and advanced technologies. Their reality is very much like our own but set in 2032, and with a dystopic governmental overreach, which changes a few things in their world. Now that you know a little bit about the exciting series, what exactly is the release schedule for The Peripheral and when do new episodes release?

What is the release schedule for The Peripheral?

First of all, even though The Peripheral is on a streaming service, you cannot binge-watch it as of yet, as the episodes are being dropped week by week. The series is streaming on Amazon Prime Video, and like The Boys, Invincible, or The Lord of the Rings: The Rings of Power, episodes are released one at a time, not all at once.

These are the dates for every episode of the first season of The Peripheral:

That’s right – the first two episodes of The Peripheral have already dropped, and they are available to stream on Amazon Prime Video. The series will wrap up by the end of the year, with its finale ‘The Creation of a Thousand Forests’ airing at the beginning of December. The first season of The Peripheral will last only eight episodes.

As it is an Amazon series and based on a book, The Peripheral will most likely get a season two if the story is not wrapped up within the first season. As of writing the critical reception is not too bad with it getting a 69% on Rotten Tomatoes. The series is doing better with fans as the audience score is sitting at 89%. Tune in to Amazon Prime Video on Fridays to catch new episodes of The Peripheral.