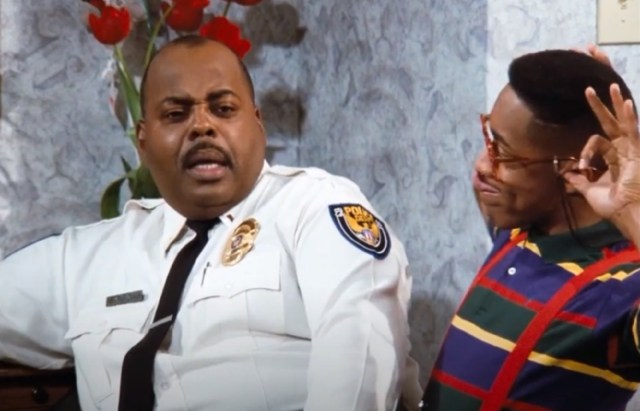 For many readers, Friday was the biggest night of our lives when we were kids. Why wouldn’t it be? At the very least, it was the last day of school for the week which meant it was time to kick back and enjoy ourselves. And if we weren’t headed out to the mall, the movies, or an arcade, we still had many reasons to say, “Thank God It’s Friday”. But in this case, the ABC Network hyped up their audiences when they marketed T.G.I.F. to mean, “Thank Goodness It’s Funny.”

One of the sitcoms the network aired every Friday night was Family Matters, a family sitcom that centered around the Winslows, a Chicago-area family and their zany next-door neighbor. The series lasted for nine seasons, from 1988 to 1997, with eight seasons running on its original network, ABC, until moving to the CBS Network for a ninth and final season. Despite its last episode airing 24 years ago, the show is still a well-remembered part of modern pop culture, at least to many older millennials out there.

Since then, what has the cast of the show been up to?

White, who had past sitcom experience going back to 1984, was cast as Steve Urkel, the weird, hyper-smart, yet enduringly annoying next-door neighbor of the Winslows. Urkel was originally a recurring character during the first season but the immediately positive response from viewers catapulted him into a spot among the regular cast members. His character would go on to become the focal point of nearly every storyline through all nine seasons, earning two NAACP Image Awards along the way.

After the show was over, White would go on to star in a sitcom called Grown Ups, but that only lasted one season. He would also become the first performer to give a voice to Sonic the Hedgehog, in the video game character’s first animated series during the mid-nineties. Like many actors who are typecasted, White did have some trouble finding other roles but still managed to appear in side roles, mainly remaining on television. He appeared in The Fresh Prince of Bel-Air, Boston Legal, House, Bones, and The Big Show Show. His most recent role was as “Blake” in the 2022 Adam Sandler Netflix hit, Hustle.

As the family patriarch, Carl Winslow, Reginald VelJohnson was given a co-leading role, fresh off of the success of his appearance as Sgt. Al Powell in the legendary action movie, Die Hard. Again, he played a police officer and the constant butt of Urkel’s hijinks and experiments gone wrong. Winslow was a regular cast member all the way through the series’ entire run.

Afterward, VelJohnson found more work over the years by way of guest-starring roles. He would go on to appear in Will & Grace, Monk, and CSI: Crime Scene Investigation, to name a few. He had even made one extra appearance as Sgt. Powell, this time in a video game, 2002’s Die Hard: Vendetta. He most recently did voice work on Amazon’s Invincible along with more live-action work as the mayor in the short-lived Disney action-comedy series, Turner & Hooch, both in 2021.

Payton played Harriette, wife of Carl and family matriarch. Before co-starring in Family Matters, Payton appeared in many supporting roles in both film and tv since 1978 but wasn’t until 1987 when her role, also as Harriette, on the ABC sitcom Perfect Strangers was a big hit with viewers. Her role was favored so much that the network quickly got going on a spinoff series featuring her and her husband Carl, who originally made just one prior appearance. And the rest is sitcom history. Payton was a part of the main cast until another actress, Judyann Elder, took over the role to complete the show’s ninth and final season.

After the show ended, Payton would continue to take small roles on both the small and silver screen until joining the family, The Proud Family to be exact, the hit Disney animated series that ran from 2001 to 2005. She would also work on the connected TV movie, The Proud Family Movie, and ongoing TV series revival, The Proud Family: Louder and Prouder, featuring the same family. In between that, Payton worked consistently over the years by taking numerous guest-starring roles in tv shows like The Parkers, Reba, and Desperate Housewives.

Cast in the role of Edward “Eddie” Winslow was actor Darius McCrary. He had acted before in only a few roles before landing the biggest role of his career so far in Family Matters. Eddie was the typical high school big brother in the family, into sports and pretty girls but humorously, not so much the schoolbooks sometimes. His character was one of four featured in the main cast for all nine seasons of the show.

Since Family Matters, McCrary has padded his resume with lots of guest roles in TV shows like Cold Case, Rizzoli & Isles, and even had a regular role on the CBS soap opera The Young and the Restless from 2009 to 2011. He was also working in film, with various roles in many indie film productions as well as voicing “Jazz” in 2007’s Transformers and appearing in 2009’s Saw VI. McCrary most recently reprised his role as “Detective Joe” in an indie film sequel, True to the Game 3, in 2021.

Williams was cast as the Winslows’ eldest daughter, Laura, who, apart from attending the same school as her brother Eddie, was most known for being the apple of Steve Urkel’s eye. This was Williams’ first acting role and is still the most popular one of her ongoing career. Laura’s character was also one of the few that was a part of the main cast all throughout the entirety of the series.

After Family Matters finished in 1998, Williams then went on to appear in a short-lived ABC sitcom called What About Joan, as part of the main cast during its two-season run from 2000 to 2001. From there, she would continue to land small guest roles in other sitcoms like Girlfriends, The Parkers, and Eve. Williams would also appear in independent films like Steppin: The Movie and Christmas in Carolina, both with her former Family Matters co-star, Darius McCrary. Her most recent appearance was in a Christmas comedy, Merry Little Switchmas, along with another Family Matters alum, Jo Marie Payton, currently in post-production.

Playing the eldest member of the Winslow family was Rosetta LeNoire, as Estelle “Mother” Winslow. Her character was a part of the main cast during the show’s first eight seasons and was then reduced to guest appearances during the final season. Originally a stage actress during the first few decades of her career, she then began acting in front of the camera in the late 1950s. She appeared in several lesser-known, low-budget films while most of her work was featured on television. She appeared in popular TV programs like Guiding Light, Another World, Fantasy Island, and Amen before her biggest role in Family Matters. In 1998, she would make one more small appearance in Cosby, her last acting job. Rosetta LeNoire passed away on March 17, 2002, at the age of 90.

Hopkins, already an experienced entertainer, was cast as Rachel, Harriette’s sister, aunt to the Winslow kids, and mother of Richie, the youngest member of the Winslow family. Before her role on Family Matters, Hopkins was a member of the 1970s pop group Tony Orlando and Dawn. Then in the 1980s, she appeared in the popular sitcoms Bosom Buddies and Gimme a Break!. On Family Matters, she was a member of the regular cast during the first four seasons before stepping away from the show, only to return as a recurring character later on.

After her time on Family Matters was over, Hopkins starred in the sitcom Half & Half from 2002 to 2006 and then had recurring roles on The Hughleys and Any Day Now. She then appeared in the TBS sitcom Are We There Yet? from 2010 to 2013. Recently, in 2021, she was cast on The Young and the Restless, co-starring with her former Family Matters castmate Bryton James.

Cast as Rachel’s adorable little son Richie was then child actor Bryton McClure. He took over as the character in the second season, after twins Joseph & Julius Wright played the character as an infant during the show’s first season. McClure remained a part of the main cast until the seventh season and then made recurring appearances during seasons eight and nine.

After Family Matters, McClure made only a couple of guest appearances on television before joining the regular cast of the popular soap opera, The Young and the Restless, in 2004. He also found time around his ongoing soap opera work to do a little voice acting on animated shows like Zevo-3, Young Justice, Star Wars Rebels, and Pacific Rim: The Black, which is currently streaming on Netflix.

Foxworth played the Winslows’ youngest child, Judy, during the first four seasons of the show. A previous actress, Valerie Jones, played the character in only the show’s pilot episode before Foxworth took over. The character of Judy was seen quite regularly during the series before unexpectedly being retconned before the fifth season. That was Foxworth’s biggest and technically only acting role, not working much more after Family Matters.

In 1997, Foxworth and her two sisters formed a singing group, S.H.E., releasing their only album, 3’s a Charm. Then, in 2000, she became an adult film actress, working in the industry until 2002. Foxworth then appeared in the first season of Celebrity Rehab with Dr. Drew in 2008, to discuss her past drug abuse issues. And in 2009, the TV One series Life After featured her life story from her time as a child actor. She currently has one son with her longtime partner Michael Shaw.

Thomas played Myra, a love interest of Steve’s who would eventually play into a sort of adversary of Laura’s as the show progressed into its later seasons. She originally appeared in a recurring role during seasons four and five but then came on board the regular cast from season six, all the way to the series finale.

Before playing Myra, Thomas had acting experience with her most notable role as Theo Huxtable’s girlfriend, Justine, on The Cosby Show for three seasons. During her time on Family Matters, she also appeared in several music videos for Mint Condition, Chubb Rock, and Dru Hill, respectively. WHEN she was done with Family Matters in 1998, Thomas quickly appeared on the soap opera The Young and the Restless, shortly before taking leave for health reasons. On December 30, 1998, Michelle Thomas passed away from a rare form of cancer, at the age of 30.

Harrison spent his time on the show as Waldo, Eddie Winslow’s best friend. He first appeared in a recurring role during seasons two and three, then added as a regular cast member from seasons four to seven before departing for good. Waldo usually appeared in scenes for even more comedic effect, adding to the goofiness Urkel already consistently brought. Before Family Matters, Harrison made small appearances in TV programs. After that, he had small recurring roles on sitcoms like Girlfriends and Eve. Harrison then got into voice acting with consistent work in Legion of Super Heroes and has most recently worked on a couple of episodes of the popular Disney sitcom Raven’s Home, earlier this year.