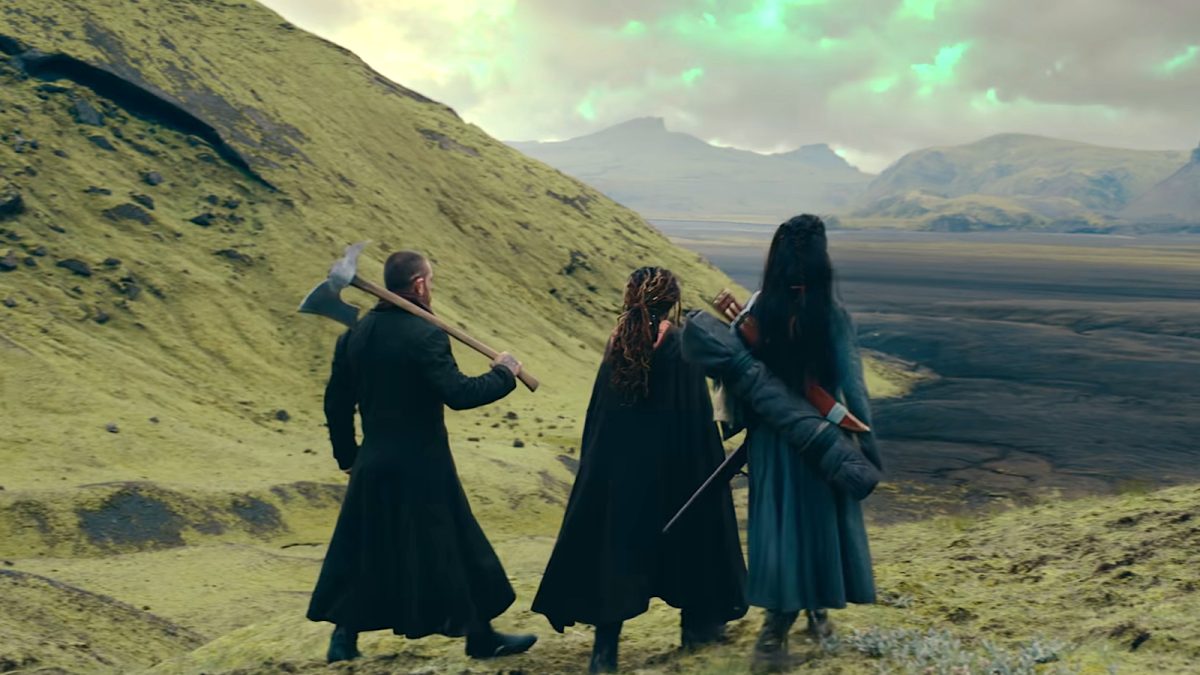 The sets used in fantasy shows or films are a big part of creating the magic around their often other-worldly stories, and The Witcher: Blood Origin was no different.

Going back some 1200 years before the events of The Witcher, Blood Origin delves deeper into the mythos of the world created by Andrzej Sapkowski, particularly the elven empire that ruled over The Continent before the Conjunction of the Spheres brought humans into their world. It also explores the creation of the very first Witcher.

The story for the prequel is only loosely based on Sapkowski’s novels since they only ever allude to a time before the Conjunction of the Spheres. Blood Origin creators Declan de Barra and Lauren Schmidt Hissrich gained a natural curiosity for what the origin story of the Continent could be, eventually transforming it into a scripted prequel for Netflix.

Creating a convincingly magical world that can sustain all the fantastical elements of Blood Origin requires selecting the right filming locations, which will then gain a special meaning of their own within The Witcher universe. For that purpose, de Barra and Hissrich traveled to some pretty remarkable places to bring The Continent of the pre-Conjunction era to life.

A beloved location for fantasy and ancient civilization productions, Iceland was one of the main settings for Blood Origin‘s exterior scenes, particularly the breathtaking waterfalls and lavish valleys of Nauthúsagil, the lava fields of Landmannalaugar, and the black sands of Sólheimasandur beach. The crew also filmed in a make-shift Viking Village near Vestrahorn Mountain created in 2010 for an Icelandic movie that never was.

A big bulk of principal photography for Blood Origin took place in several different locations around the UK. From West Yorkshire to the Chilterns, Northwest of London.

In Surrey, Michelle Yeoh, Laurence O’Fuarain, Sophia Brown, and the rest of the crew took to Frensham Little Pond, a bishop’s fisher pond created in the 13th century. They then moved to Ilkley, in Yorkshire to capture the famous moors and the “Cow and Calf” rock formation.

Finally, production for The Witcher prequel moved to Cowleaze Wood in Aston Rowant National Nature Reserve, in the Chilterns for some last-minute reshoots in April of 2022.

Other exterior shots of the capital city and other civilizations were CGI, while interior scenes were shot in studios across the UK, namely Arborfield Studios.

The Witcher: Blood Origin, composed of four episodes, is available to watch now on Netflix, along with the first two seasons of its parent show, The Witcher.