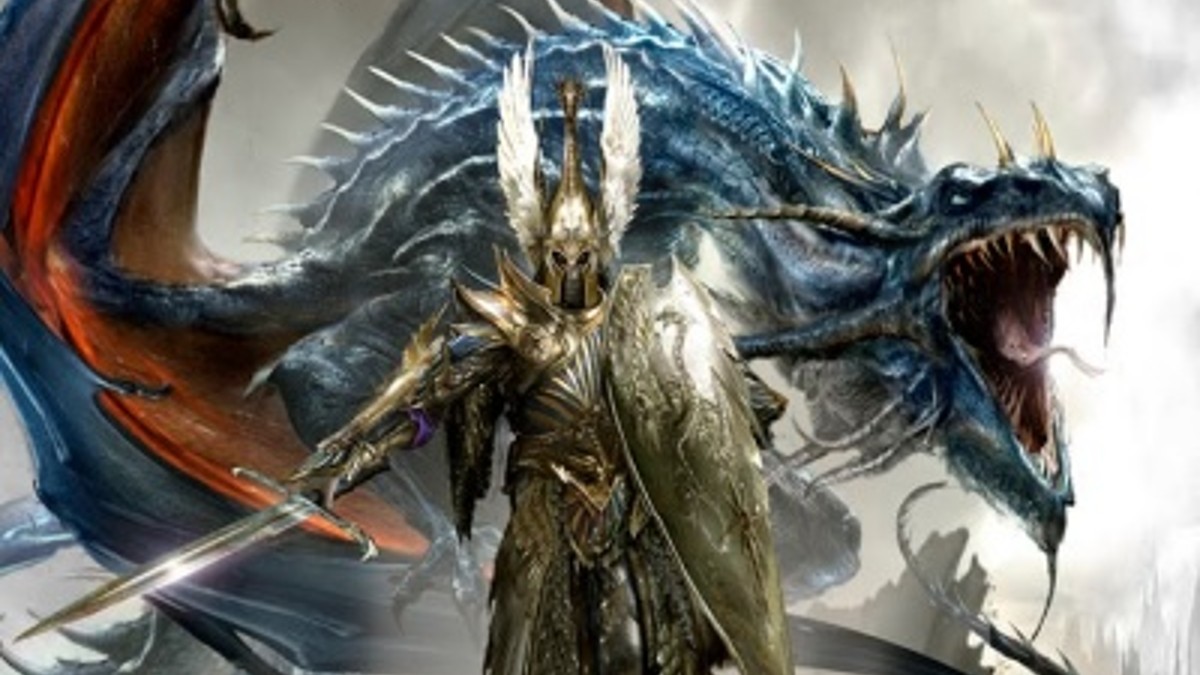 So many characters and races fill the world of Warhammer 40,000, and we’re bound to see a good portion of them when the film releases. Ever since it was announced that Henry Cavill would produce and star in the series, speculation about what this massively popular franchise could look like and many races of this universe are essential to the story.

There are Warhammer video games, hundreds of Warhammer books, and it’s the most popular miniature tabletop game ever. The story takes place in a dark future where many factions are at war across many worlds for ultimate power. Humanity is embroiled in a never-ending war that prevents society from moving forward in any other direction. The series will show humanity fighting for a bright future or facing a dark age as they fight against alien empires and malevolent gods

These are the races who could appear in the Warhammer 40K series.

The Aeldari, also known as the Eldar, were created by the Old Ones in their fight against the Necrontyr/Necron and C’tan in what’s known as the War of Heaven. The Aeldari possessed a high intellect and powerful mystic abilities that brought great advancements. After they overcame their enemies, the Aeldari succumbed to hedonistic behaviors that created the Chaos God Slaanesh and they separated into different groups for survival. The main ones include the Auryani, the Drukhari, the Harlequins, the Exodites, and the Ynnari, all of which could appear in the upcoming series.

The Craftworld Eldar are living spaceships made from Wraithbone that runs on psychic energy. They came into existence after the Eldar created the Slaanesh to try and go in a more positive direction called the Asuryani Path. There’s the Path of the Warrior, the path of the Seer, and the Path of the Outcast that determines who the traveler will become. The six main Craftworlds include the Alaitoc, the Biel-Tan, the Iyanden, the Black Library, the Sam-Hainn, and the Ulthwe.

The 20 Primarchs are immortal superhuman generals genetically-engineered from the Emperor of Mankind using psychic powers from the Warp and advanced science. His sons were bred specifically for war, and it makes them better than humans physically and mentally. They’re almost like gods in that they are not ravaged by disease or time the same as humans. The Primarchs each have specific abilities created for the purpose of running the human race under the Emperor’s leadership. They weren’t infallible, however, and some fell to corruption, but their influence on the story of Warhammer is essential.

There are many humans who occupy millions of worlds in Warhammer 40K and hold many positions throughout the galaxy. They are the Imperial Guard, Planetary Defenses, Space marines, Sisters of Battle, Sisters of Silence, Inquisitors, the Adeptus Custodes, and to Adeptus Mechanicus. Humanity evolved from primates, went through a period of industrialization, journeyed into space, and in the Age of Technology, they colonized the galaxy. Most information during this time was lost due to the Age of Strife, but in the 31st Millennium, most humans are included in the Imperium of Man.

There are also enhanced humans like the Space Marines, who begin as regular humans typically on worlds rife with hardship. They’re recruited by the Space Marines for their toughness and put through rigorous tests and many battles until they’re chosen for genetic modification. This involves implanting gene-seeds containing the genetic information from their Primarch. There are also Abhumans as well as abnormal humans or aberrant humans called Abhumans who are deemed so because of radiation or mutation. Some have also been altered by the particular world that altered them physically, but most of these characters are probably less likely to appear in Warhammer 40K.

Elves were created by the Old Ones to be intelligent and powerful magical beings. They learned from the reptilian Slann and evolved quickly as a civilization. The teleporters on the polar caps of the world collapsed, the Old Ones disappeared, and Chaos took over. Demons invaded the island of Ulthuan, and it took the elf warrior Aenarion the Defender, his dragon Indraugnir, and his armies to hold their enemies back and preserve their lives.

There are three kindreds of elves which include High Elves, Wood Elves, and Dark Elves. High Elves (the Asur) are ancient mages and skilled warriors who come from the Golden Age of Ulthuan. Wood Elves (the Asrai) are separated from the other elves and are prone to keeping to themselves and have chosen to live in accordance with nature. The Dark Elves (the Druchii) are corrupt and known for their depravity. They use their foul magic to oppress and demean other beings and were exiled for their vile ways.

Orks in Warhammer are savage beasts who have green skin, and animalistic and fungi features. They exist all throughout the Milky Way Galaxy and despite being a crude species, they are often victorious in war. Their number exceeds most other species and their penchant for war makes them highly dangerous for anyone that engages in battle with them. They’re so violent that they’ve been known to destroy each other, but with the proper leadership, they could be an even greater threat. It’s not just their physical strength that’s exemplary; they can also create a psychic field that empowers their technological engineering feats in relation to their numbers.

Of all the races in Warhammer 40K, the T’au has to be one of the most peaceful. This isn’t saying much considering this story is consumed by war all the time, but introducing this race into the series could give audiences a bit of a break from all of the chaotic bloodshed and violence. The T’au care about the greater good and seek peace rather than war for enjoyment. They will still engage in battle in their efforts to get peace, but it’s never for prideful reasons or because they lust for power. The T’au aren’t seeking to wipe out entire races, and they’re open to other races joining them. Just don’t impede their way of life, or you’ll pay dearly.