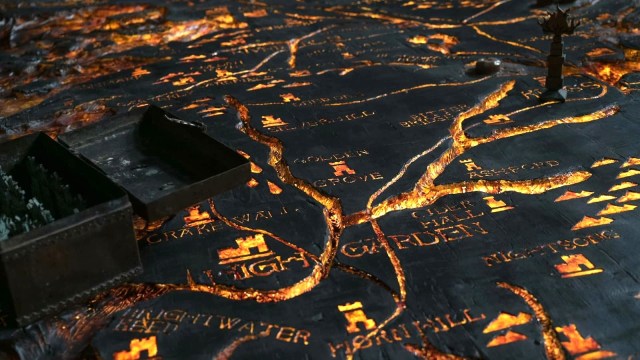 The Targaryen civil war is a result of the crowning of Aegon II Targaryen (Tom Glynn-Carney) as the Hightowers usurped the crown from Rhaenyra Targaryen (Emma D’Arcy), heir to the Seven Kingdoms and the Iron Throne. After King Viserys (Paddy Considine) died, the crown should have passed to Princess Rhaenyra, so the Hightowers’ actions were treason. And in the final moments of the last episode, the Dance of the Dragons kicked off with the death of Prince Lucerys Velaryon (Elliot Grihault), Rhaenyra’s son.

The sides of the Targaryen civil war are split into two factions, the Greens and the Blacks. The Greens are those who support King Aegon II Targaryen, while the Blacks support Queen Rhaenyra Targaryen. Let’s take a look at who in House of the Dragon is aligned with each faction.

Who is aligned with the Greens?

The Greens are made up of those who support the claim of King Aegon II Targaryen. They consist of

In addition to these numbers, the Greens are also in possession of a number of dragons. These include

At the end of the first season, these are all the people and dragons who are currently aligned with the Greens. There will undoubtedly be shifting loyalties and more noble houses added to each side as the series progresses, but these are the numbers that make up the Greens for now.

Who is aligned with the Blacks?

Those who are aligned with the Blacks support the claim of Queen Rhaenyra Targaryen, and they consist of

In the final episode of the series, Lord Corlys Velaryon proclaimed that before he was bedridden, he managed to conquer the Stepstones. By doing this, the Blacks will presumably be able to cut off King’s Landing and the Greens from trading via Blackwater Bay. Again, in addition to the sheer numbers supporting the Blacks, they are also in possession of a number of dragons. These include

Although it is worth noting that some of these dragons are smaller, and most of them are not practiced in battle.

So there you have it, the lines as they stand for both the Greens and the Blacks. Although this will not be the final lineup for the war to come, as already Prince Jacaerys Velaryon has gone to the Vale to treat with Lady Jeyne Arryn, to secure the support of the Vale. After the Vale, Jacaerys will then presumably go to Winterfell, where he will try and convince Lord Cregan Stark to join their cause, uniting the North against the Greens. There is also the matter of the unclaimed dragons, who may be claimed by either side.

In addition to those characters mentioned to be courted, there are also other allegiances currently under question. For example, it is very likely that Mysaria (Sonoya Mizuno), “the White Worm,” will show allegiance to the Blacks because the Greens set fire to her dwellings in the ninth episode of the series. There are also a number of larger and smaller houses not mentioned who most likely will be featured in the second season of the series when the factions call their bannermen to arms.

But unfortunately, it will be quite the wait for the second season of House of the Dragon as it does not look like it will be airing until at least late 2023, but most likely in 2024. Of course, if the story has intrigued you, there is always the source material Fire and Blood, by George R. R. Martin, which might be able to bridge the gap during the wait.

House of the Dragon is available to stream on HBO Max.