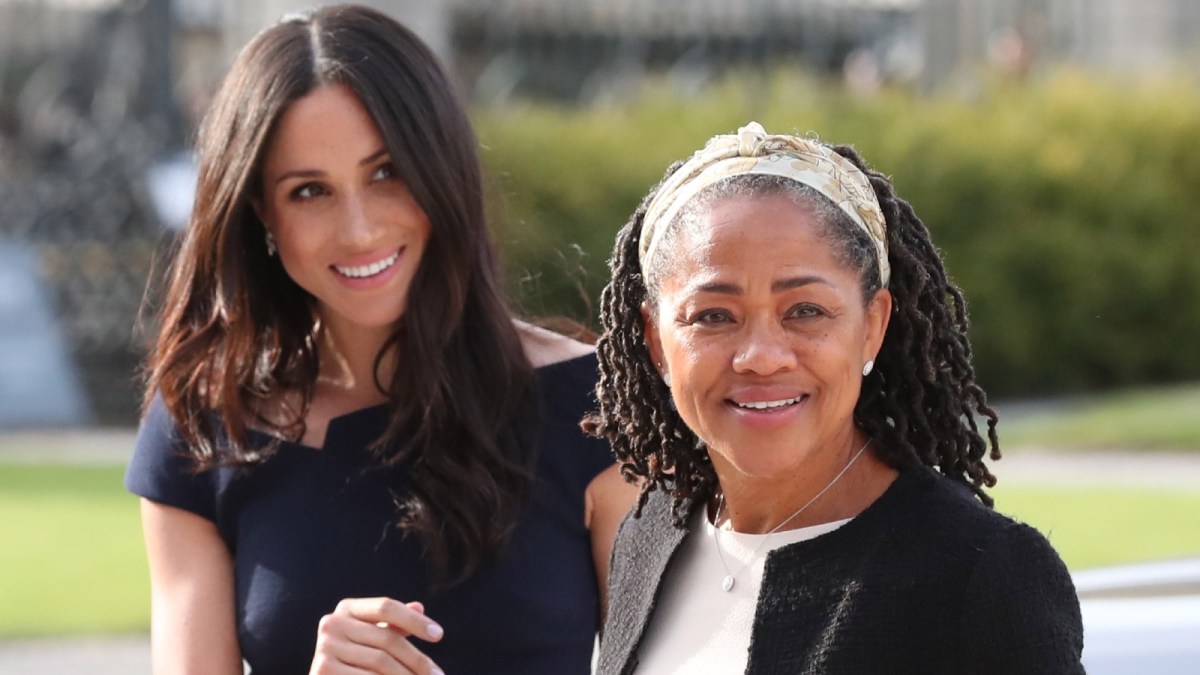 Prince Harry and Meghan Markle‘s long-awaited Netflix documentary, Harry & Meghan, premiered on Dec. 8 on the streaming service. In the first three episodes of the six-part documentary, viewers were given a glimpse into the couple’s love story and the hardships they faced from the U.K. media that ultimately led to them stepping down from their royal duties as Duke and Duchess of Sussex and leaving England. Prince Harry and Meghan have been together since 2016 after meeting through a mutual friend.

Despite leaving the U.K. in January 2020 and no longer working for the British Royal Family, Prince Harry and Meghan decided to keep their title as Duke and Duchess of Sussex. Since then, the pair has settled down with their family, including their two children, Archie and Lilibet, in California and started their own media company named Archewell Productions. This company is responsible for creating their documentary, which appeared to be shot sometime last year, and Meghan’s “Archetypes” podcast.

In the documentary, Meghan’s mother, Doria Ragland, opens up for the first time about the struggles the former actress faced since marrying Prince Harry in 2018. Although not much is known about Doria aside from being a yoga instructor and social worker, fans got to see the dynamic between the two women and how protective she is of Meghan.

Doria made her first appearance in episode two of the documentary and revealed that she’s speaking up now because she wanted to share the truth about what they both experienced. While introducing herself to the public and addressing everything that they have gone through five years later.

When asked how she found out that Meghan was dating Prince Harry, Doria revealed that Meghan called her and expressed not to share that information with anyone. Doria stated, as she described what she liked most about Prince Harry,

“We were on the phone she says, ‘Mommy I’m going out with Prince Harry.” and I started whispering, ‘oh my god.’ She says ‘You can’t tell anyone.’ And so from the beginning it was sort of ‘oh my god nobody could know.’

You know, he just 6’1, handsome man with red hair. Really great manners, he was just really nice. And they looked really happy together. Yea like he was the one. Once it was announced that they were together, it’s seemed kind of like a novelty.”

Further in the episode, Doria shared details about where she raised Meghan following her split with the star’s father, Thomas Markle. Doria and Thomas were married from 1979 to 1987. The 66-year-old disclosed that they lived in an all-Black community with “a nice network of women.” Doria said,

“We were close to my mom, her grandma and my sister was close by. And my girlfriends were close by. So we had a nice network of woman who really helped me raise Meg. She was always so easy to get along with, very congenial making friends. She was a very empathic child… I remember asking Meg did I feel like her mom. And she told me that I felt like her older controlling sister. I never forgot that.

As the conversation shifted to the topic of racism towards the end of episode two, Meghan explained that her mother never fully equipped her for that experience, even after Doria had an encounter following a concert they attended at the Hollywood Bowl. Meghan disclosed that Doria was called the “n” word after honking at a woman as she tried to leave the event. Meghan shared that although Doria seemed visibly upset, she never talked about that moment, what it meant to be Black, and the experiences they may have to face with being a minority.

Despite not talking about that situation, Doria expressed deep regrets about not informing Meghan about the racism she could face, especially after encountering so much flak from the U.K. media for being mixed race.

Doria claimed Meghan’s experience with the British media was so bad while the Suits star was dating Prince Harry that they tried to take off-guard photos of her as she ran simple errands and certain parts of Skid Row and say that’s where they lived. Skid Row, located in downtown Los Angeles, California, is commonly known for its homeless population.

In episode three of the documentary, Doria opened up about her encounter with the paparazzi after Meghan and Prince Harry announced their engagement in November 2017. She expressed how “unsafe” she felt most times to the point where she couldn’t walk her dog or go to work.

Doria even recalled a moment when she pulled over on the side of the road and a British paparazzi asked her for information about Meghan and tried to bribe with money if she revealed any details. Doria not only declined the offer, but explained to the gentlemen that Meghan is her daughter and she wouldn’t share anything with the public.

As episode three continued, Meghan claimed that the U.K. media wanted to find out details about her life, including the drama on both sides of her family, so they could have it play out for the public. This was an attempt to attack her and showcase that she wasn’t a match for Prince Harry. Although Doria went above and beyond to protect her daughter, Meghan’s father Thomas and her siblings, mainly her half-sister Samantha Markle sold numerous stories to the press for a lump sum of money.

Doria would ultimately debunk Thomas and Samantha’s comments that they released to the media about Meghan by stating that they don’t know much about what went on in her life because the star has not been with them full-time since she was two.

Another topic that Doria addressed was Thomas staging a photo opportunity with the press days before Meghan’s wedding after finding out that he was no longer walking her down the aisle. Prince Harry and Meghan’s wedding ceremony would take place on May 19, 2018, in St. George’s Chapel in Windsor, England. Doria shared that she was shocked by his actions because that’s not what a parent does to their child that they claimed they loved. She explained,

“I was absolutely stunned that Tom would become part of this circus. I felt sad that the media would run with this…Certainly as a parent that’s now what you do. That’s not parenting.

Although Meghan’s mother and father broke up in 1987, she has maintained a close relationship with Thomas, but that has temporarily been severed because of his role in publicly tarnishing her name. It is unclear if Meghan and Thomas have reconciled. As for Doria, since the documentary, she has lived with Meghan and helps raise her grandchildren.

With the final three episodes premiering on Dec. 15, hopefully, fans will see more of Doria and her bond with grandson Archie and granddaughter Lilibet. To catch up on the first part of Prince Harry and Meghan’s documentary, Harry & Meghan, before the second portion debuts, stream it now on Netflix.