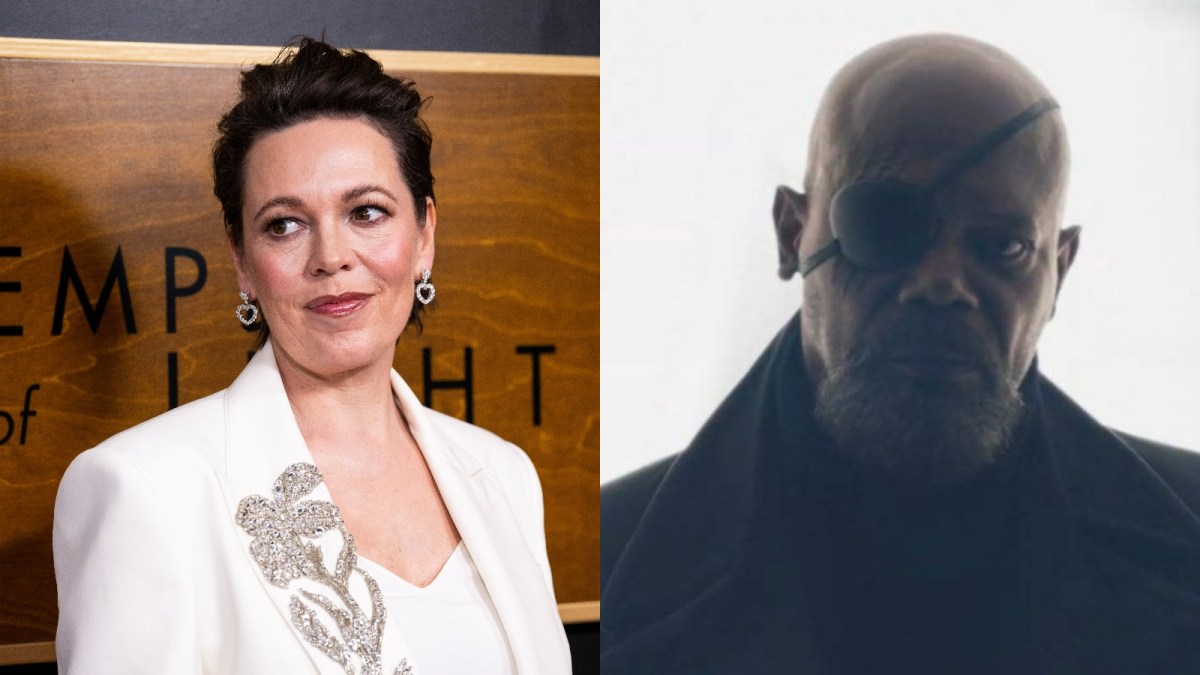 While there’s been a lot of buzz about a range of Marvel’s 2023 projects of late, everything from Guardians of the Galaxy Vol. 3 to Ant-Man and the Wasp: Quantumania, one we seem to have slightly forgotten about is Secret Invasion, which is actually set to be the first of Marvel’s Disney Plus series to premiere as part of Phase Five. We really shouldn’t be overlooking this one, though, as it could end up being the not-so-secret weapon of the MCU’s next era.

Not only is Samuel L. Jackson finally stepping into a leading role as Nick Fury, he’ll be joined by an A-list supporting cast, including Game of Thrones favorite Emilia Clarke and Oscar-winning icon Olivia Colman. With Colman landing headlines of late for admitting that she felt “unfaithful” to her beloved indie cinema community for accepting a role in the Marvel machine, fans might be wondering who exactly she’s playing in Secret Invasion. Well, wonder no more as the answer is waiting for you after the jump…

According to pre-release materials, Colman is set to portray Sonya Falsworth, described as a British special agent who happens to be an old friend of Fury’s. Sonya is an original creation for the MCU, however she does have ties to an important dynasty from the pages of Marvel Comics and is also likely to have a familial connection to a familiar character.

Colman was previously rumored to be playing a female version of Union Jack, a British superhero, in Secret Invasion. This is because the real identity of the original Union Jack in the source material is James Falsworth. This should be a name that rings a bell for MCU fans as Falsworth (JJ Feild) previously appeared as a member of Steve Rogers’ Howling Commandos in Captain America: The First Avenger.

While not one of the franchise’s most memorable teams, the Commandos’ legacy has continued to be felt in the MCU, thanks to an alt-take on the squadron supporting Captain Carter in What If…? and Kenneth Choi’s Principal Morita in Spider-Man: Homecoming confirmed to be the descendant of Cap’s pal, Jim Morita. It seems likely, then, that Sonya can be assumed to be related to James Falsworth, even if this doesn’t end up getting spelled out on-screen.

Of course, something else we’re all wondering is will Colman turn out to be a Skrull in disguise, maybe even the Skrull Queen Veranke, as per an even older rumor. The actress has described her part in the series as “tiny,” but that could always be a little white lie to cover an exciting twist. Or maybe Colman’s Sonya really is a good guy and we can expect her to return for future projects. Marvel wouldn’t waste a talent like Colman’s on a “tiny” role in a single show, right?

Secret Invasion is set to invade Disney Plus in early 2023.