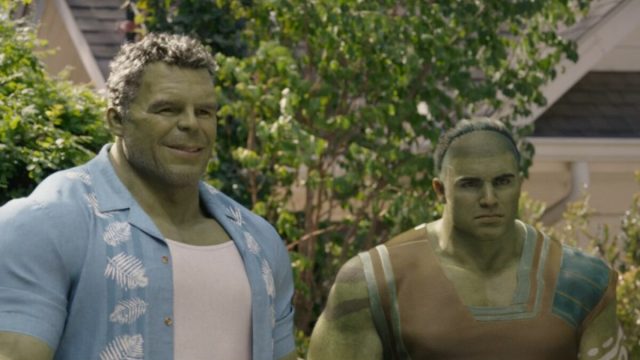 Just as Marvel detectives had been expecting all along, the She-Hulk: Attorney at Law finale contained a major promise at the next major Hulk storyline to hit the MCU, by revealing an all-new member of the Banner clan. After returning to Sakaar back in episode 2, Mark Ruffalo’s Hulk finally headed back to Earth in episode 9, revealing that he’s brought someone back with him — his hitherto estranged son, Skaar.

For such an important character, Skaar has a surprisingly small amount of screentime in the episode itself, only appearing for a few seconds exclusively in his hulked-out form. Nevertheless, with the comics preparing us to expect much more from the Son of Hulk in the future of the MCU, it’s worth paying attention to who plays the new hero. Here’s all you need to know about She-Hulk‘s final cameo star, Wil Deusner.

Who plays Skaar in She-Hulk: Attorney at Law?

Although just 19 — the actor turns 20 this December — Wil Deusner is already a familiar face to TV viewers thanks to his many guest and recurring parts on such series as The Lost, Shut Eye, Murder Comes to Town, and Sons of the South.

As you can see via the Instagram post above, there is a certain resemblance between Deusner and his Marvel dad Mark Ruffalo, so he was clearly well cast. It’s unclear, however, if the actor will get to stick around in the role going forward, as Skaar has a tendency to rapidly age in the source material.

Still, with any luck, Deusner has landed himself an ongoing role in the franchise as part of the ever-growing stable of the next generation of Avengers, alongside Scarlet Witch’s sons Wiccan and Speed, Ant-Man’s daughter Cassie Lang/Stature, and Hawkeye’s protege Kate Bishop. Could a place on the Young Avengers team be in the cards for him? We’ll have to wait and see.

All episodes of She-Hulk: Attorney at Law are streaming now on Disney Plus.