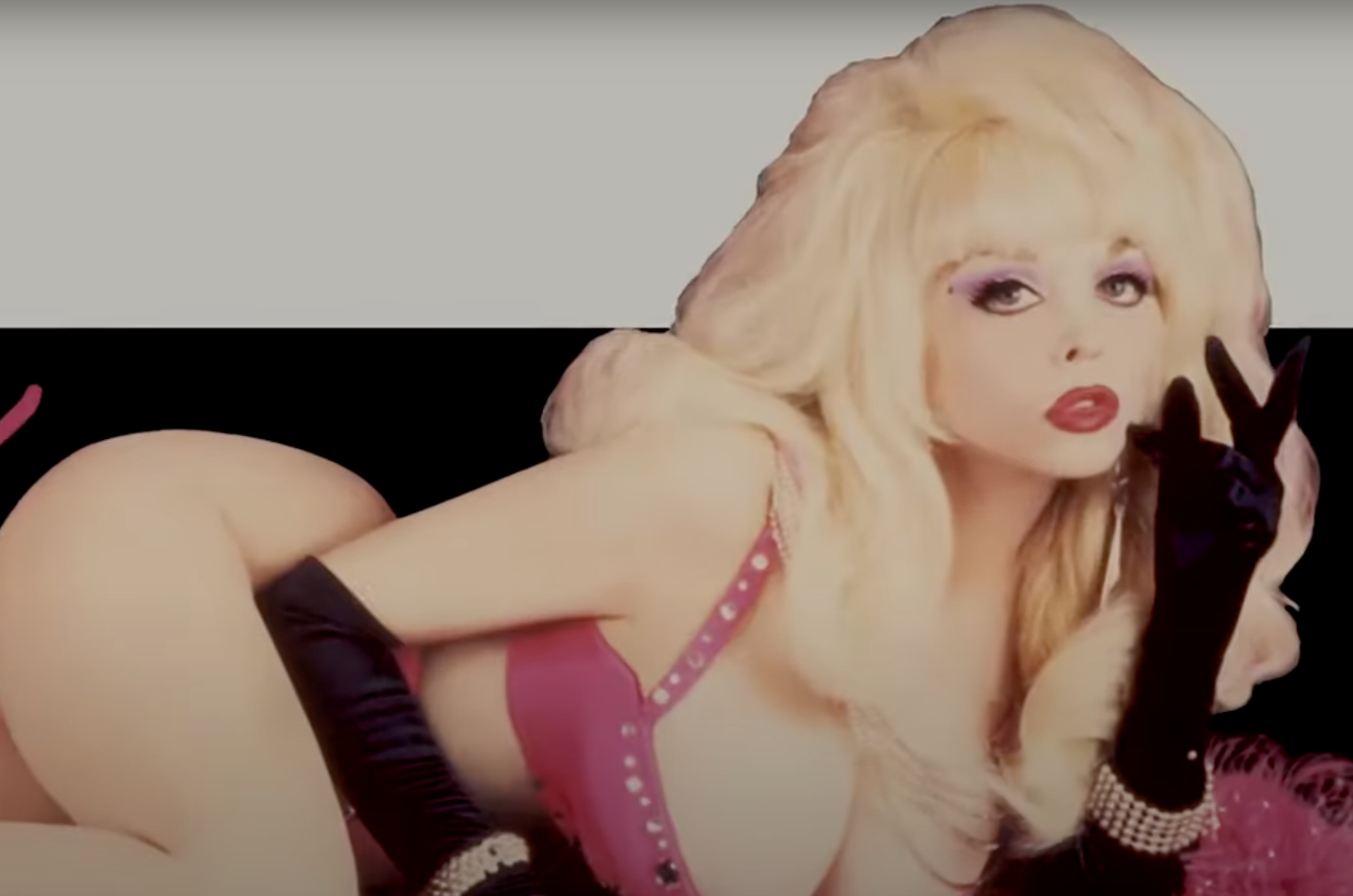 If you’ve lived in LA for a fair amount of time, the name “Angelyne” is probably already familiar to you. The blonde bombshell who paved the road for millions of influencers to come by becoming famous just for being famous could be spotted on dozens of billboards that sprang up in the 80s featuring just Angelyne, her name, and occasionally her signature pink Corvette. But fans anticipating Peacock’s new Angelyne biopic featuring Emmy Rossum in the title role are already asking — who is Angelyne the Billboard Queen?

Angelyne came to prominence in the LA area in 1984, after a series of iconic billboards featuring her image and name and nothing else began to appear in and around the city. The advertisements were not promoting anything other than their subject. While a PR move of that type is hardly surprising today, and may even be pat, at the time it was unprecedented. It was effective as well. The buzz it created led to the then virtually unknown model, singer, and actress fielding offers for film roles, commercial and television appearances, and print ads. The billboards themselves reached notoriety all on their own and were featured in the credits of Moonlighting and spoofed on various shows including The Simpsons and Bojack Horseman.

Angelyne went on to appear in a fairly impressive amount of film and television projects in cameos and small parts. She’s recorded five albums to date. She’s collaborated with multiple artists on various projects. She’s sold self-portraits, opened her own website, and performed tours of LA for tourists. She’s run for governor twice, in the recall election against Gavin Newsom and in 2003 in the recall of Gray Davis where she finished an impressive 28th in a field of 135 — the highest ranked of any candidate without party affiliation. She even has an NFT. Of course.

And she still has the billboards. She uses the same format, a provocative pose, often draping herself over her latest model of pink Corvette (she always buys a new one after the odometer hits 100 thousand miles). No URL. Nothing but the cursive script reading “Angelyne” (and the number of her fan club). At this point, the garish billboards are as much a part of the LA cultural heritage as City Hall or the Hollywood SIgn. Odds are, if the city ever came to actual life, the resulting final form would look like Angelyne.

And yet no one knew her real name, or her history until 2017.

Angelyne has always been fiercely protective of her privacy, micromanaging her persona in interviews with what Hollywood Reporter reporter Gary Baum described as “sharp-elbowed fashion”. However, working on a tip from a genealogist, Baum revealed in a 2017 article for the reporter that Angelyne was born Ronia Tamar Goldberg in Poland in 1950 to Jewish parents who were liberated from Skarżysko-Kamienna German Nazi concentration camps. The article confirmed her identity independently via public records and interviews with family members including Angelyne’s former husband, Michael Strauss. The LA icon has legally changed her name to Angelyne Lyne as of 2005.

The model/singer’s family relocated to Israel following her birth and subsequently moved to the states. According to Strauss, her relationship with her family was troubled and she soon struck out on her own. After her brief marriage to Strauss, Angelyne would emerge into LA’s nascent punk scene of the late 70s, joining her then boyfriend’s band, Baby Blue, as a singer and frequenting iconic clubs such as the legendary Masque and The Whisky a Go Go. Angelyne released her first solo single, “Too Much to Touch”, in 1979, promoting it by distributing flyers and posters. In February 1984, Angelyne’s first billboard proclaiming “Angelyne Rocks” appeared on Sunset Boulevard.

Peacock’s Angelyne biopic explores the proto-influencers first impression upon the LA cultural consciousness. Angelyne’s existence presaged the explosion of “famous for being famous” energy that drives today’s social media. “I love Angelyne. She’s as if Marilyn Monroe got into an easy bake oven with an 80s punk Barbie Doll, and a dose of New Age spirituality. She’s a trailblazer, a hustler, a visionary, the original influencer, a living-breathing piece of art.” Angelyne star and co-producer Emmy Rossum told Collider.

In addition to Rossum, Angelyne will star Martin Freeman, Alex Karpovsky, Hamish Linklater, Charlie Rowe, David Krumholtz, Philip Ettinger, Antjuan Tobias, Tonatiuh,Lukas Gage, Michael Angarano, and Molly Ephraim. Lucy Tcherniak and Matt Spicer will direct. The miniseries is based on Baum’s article and a prior profile on Angelyne he had written for the Hollywood Report a few years prior to 2017.

The series doesn’t appear to be focusing on the phenom’s early life prior to her 1984 grab at fame. According to showrunner Allison Miller, ‘This isn’t the true story of Angelyne. It’s not a straightforward biopic. It’s a story inspired by everything Angelyne represents and so it’s a magical story, a hopeful story, a story about becoming the person you were meant to be and believing in your own inner strength to manifest your dreams. It’s a story about Los Angeles and everything the city means to people who move here and to people who dream about moving here.”