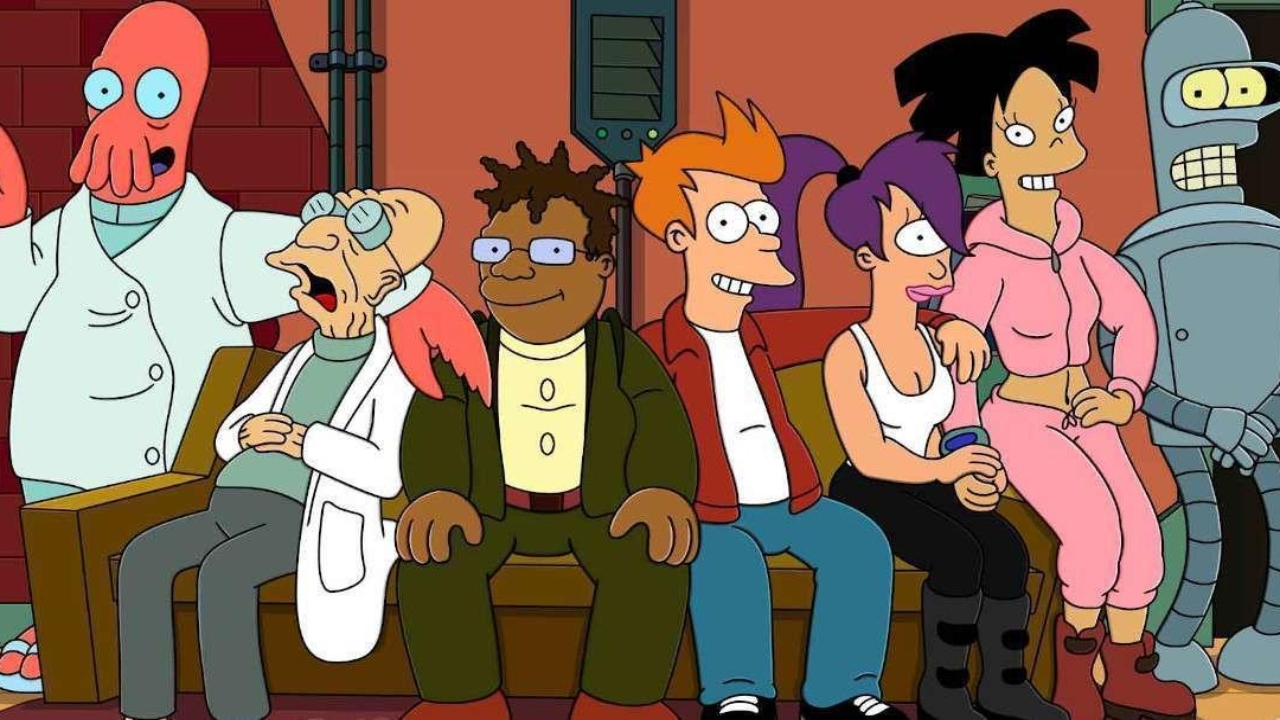 There aren’t many shows as unlucky (or lucky?) as Futurama. It had the good fortune of arriving with a built-in fanbase but also suffered endless comparisons to Matt Groening’s triumphant first series.

When Futurama arrived on Fox in 1999, Groening’s most successful show, The Simpsons, was already ten years old. Over two decades on, The Simpsons is still thriving as the longest-running primetime-television series, animated series, and sitcom in U.S television history. As for Futurama? Well, it isn’t.

All things considered, Futurama’s seven series and 140 episodes are impressive. It was always a more difficult proposition than its famous predecessor. Being set in the far future was a benefit and a burden. It couldn’t easily rely on the contemporary cameos that The Simpsons made a key feature. It could, instead, leverage science-fiction flights of fancy and indulge in space spectacles without breaking its concept.

As with The Simpsons and the fantasy satire Disenchantment (which Groening brought to the screen in 2019), Futurama‘s characters were critical. At the center of the show was lazy former pizza delivery boy Philip J. Fry, who was awoken in the 31st century, 1000 years after accidentally falling into a cryogenic pod. He took up work at Planet Express Inc., a company started by his mad scientist (great something ) nephew, Professor Farnsworth, to fund his absurd experiments. Add in Cycloptic love interest Leela, spoiled Amy, accountant Hermes, and neurotic Zoidberg, and Groening had a great team ready to embark on ridiculous space adventures. Well, not quite. It wouldn’t have been Fututrama without Fry’s best friend, the uninhibited and hedonistic robot Bender.

Why does Futurama have four endings?

In short, Futurama has four endings because it’s been axed four times. You may be surprised the first time you’re canceled, but you should be prepared by the fourth.

Futurama ran on Fox between 1999 and 2003. It struggled with an erratic schedule that never gave it the same chance as The Simpsons. Groening’s suspicion that Fox executives didn’t have much love for the show seemed borne out when the network didn’t even cancel it. Instead, they just stopped buying episodes during its fourth year.

Reruns on Adult Swim were successful enough to lead to four straight-to-DVD films between 2007 and 2009 that were later broken into a more conventional fifth season. Comedy Central gave the show a new lease on life later in 2009, when it commissioned a new series of 26 episodes, aired between 2010 and 2011. Against all odds, this run was followed by a seventh season.

Futurama finally enjoyed an official crossover with The Simpsons in 2014. It says a lot that Simpsorama aired as part of The Simpsons’ twenty-sixth season, more than a year after Futurama had run out of steam, or whale oil, on Comedy Central.

What are the endings of Futurama?

The following contains mild spoilers for the many endings of Futurama.

Few shows have stitched their existential crisis into their fabric like Futurama. So far, there have been four episodes specifically written to end the series, each of which closed the Futurama story in distinctive ways. Brilliantly, all four have been written by Ken Keeler.

The Devil’s Hands Are Idle Playthings closed Futurama’s fourth season with a Faustian pact. At a more hopeful time, this episode only suggested that the series was likely to end. Still, it pitted Fry against the Robot Devil and gave him and Leela a romantically fairytale ending as the ax fell.

Into the Wild Green Yonder is the 89-minute film that ended the show’s fifth season. Its success encouraged Comedy Central to revive the show. It ends on another romantic moment for Fry and Leela, as they and the crew of the Planet Express ship head into a wormhole that could propel them trillions of light-years from New New York.

Overclockwise provided the punctuation for the show’s sixth season on Comedy Central. At the time, the show’s fate wasn’t confirmed, so writer Ken Keeler created an open ending with Fry and Leela’s successful romance predicted by Bender when he’s overclocked to omnipotence.

Of course, Futurama did get a stay of execution on Comedy Central, but only for a year. Meanwhile was the episode that brought the shutter down on Futurama‘s seventh season and was Ken Keeler’s fourth pass at penning an end for the series. Naturally, Fry and Leela’s dysfunctional romance is at the heart of it. Fry resolves to propose after a freak fairground accident at Lunar Park, and chrono-loops and frozen time combine to gift the couple a long and happy life together (albeit with no other humans around). But the aged couple’s fate finally comes down to a reset switch at the end of the episode, absolutely and definitively ending Futurama for good.

Only it wouldn’t be Futurama if that was true.

Hulu’s recent announcement that it would revive the series once again in 2023, 24 years after its premiere, can mean only one thing. As long as things go smoothly and the cast returns as planned, Futurama‘s best finale is still to come.