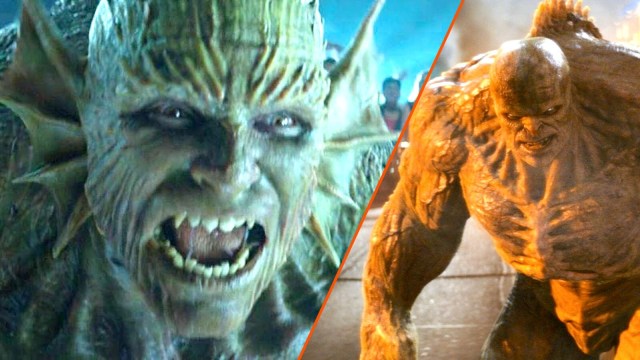 A lot has changed for the Marvel Cinematic Universe since its first few films in 2008. The return of Emil Blonsky (Tim Roth) as Abomination in She-Hulk: Attorney at Law is one such change that fans can’t help but point out. Especially since the character looks completely different than how he did in The Incredible Hulk released back in 2008.

The last time we saw Abomination was in Shang-Chi and the Legend of the Ten Rings where he made a surprise appearance halfway through the film as a cage fighter in Xu Xialing’s underground fight club, the Golden Daggers Club. Were it not for his new role in She-Hulk: Attorney at Law, that cameo might’ve seem out of the blue, or a waste of a good character, but now we know it was all part of Marvel’s cross-project promotion plan.

Since his resurgence in both Shang-Chi and the Legend of the Ten Rings and She-Hulk: Attorney at Law, fans have pointed out the drastic change in Abomination’s physical appearance compared to The Incredible Hulk in 2008. One Reddit user, u/pjtheman, even called it a “total redesign” of the character, which if you look at the two iterations side by side is an accurate assessment.

The matter has remained largely unaddressed by Marvel, but that hasn’t stopped fans from weighing in on the matter. As it turns out, they have a perfectly good explanation.

The theory why Abomination looks different in ‘She-Hulk: Attorney at Law’

When Emil Blonsky combined the government created super-soldier serum with Bruce Banner’s gamma-irradiated blood in The Incredible Hulk the result was a monstrous mutation of his body, thus turning him into Abomination. In many ways, the Abomination we saw in that early film was the character’s first form, if you will, especially since the gamma radiation had only just consumed his body. Reddit users are determined to believe the reason for his physical appearance now is simply because the gamma radiation wasn’t done mutating his body.

While a number of Marvel superheroes have seen minor changes to their physical appearance over the years, none have been as drastic as Abomination. This could be due to the fact that the MCU is a very different cinematic arena now than it was in 2008. Also, The Incredible Hunk has largely been regarded as one of the worst Marvel movies, and Edward Norton’s Bruce Banner/Hulk is very different than Mark Ruffalo’s Bruce Banner/Hulk. Marvel Studios might’ve realized it best to separate the two iterations in order to breathe new life to the character.

That being said, “long winded explanations” is exactly what Reddit user u/82ndGameHead thinks Marvel shouldn’t do when it comes to addressing the change. “They can easily say it’s the gamma radiation further mutating his body” they said. “It makes perfect sense that he would have continued to get more physically twisted after Hulk stopped him,” agreed u/feor1300.

Reddit user u/the-dandy-man suggested that if the writers of She-Hulk: Attorney at Law want to address Abomination’s appearance, the best way to do so would be just call it like it is. “If Bruce ends up meeting Abomination again he’d be like ‘you look different from the last time I saw you’ and then Jennifer would be like ‘well to be fair so do you’ and look at the camera.”

After all Marvel fans have a long standing debate over the MCU’s treatment of Mark Ruffalo’s Hulk, and the character’s physical appearance is only just a piece of it.

You can catch Abomination and Jennifer Walters on She-Hulk: Attorney at Law when it airs Thursdays on Disney Plus.