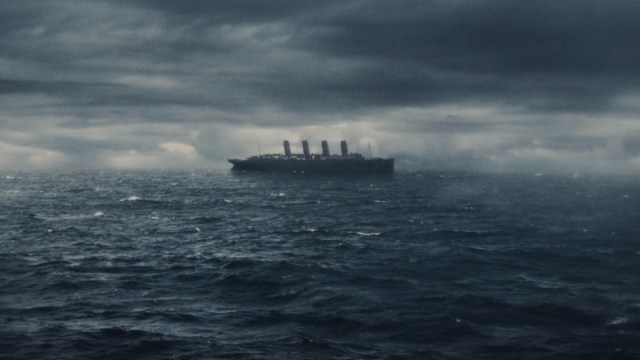 The Netflix series 1899 has hit the streamer with a bang as it has garnered the number-one spot as the most-watched series on the platform in the last week, in over 57 countries. With a majorly international cast, 1899 tells the story of a group of European migrants who travel from London on a steamship, hoping to start anew in New York City after escaping their deteriorating home countries and settling into the evolving and growing grounds in the United States.

In this eerie horror series, the events happen on a steamship in the Atlantic. But, in spite of its unique premise, promising plot, and international cast, it would appear that the series is not as innovative as it may seem at first glance. Soon after its release, Brazilian comic artist Mariana ‘Mary’ Cagnin accused Netflix of allegedly plagiarizing her work Black Silence.

Her initial shock at the alleged plagiarism was broadcasted through her Twitter account, where she commented on her disbelief when she noticed the similarities between Netflix’s horror series and her dystopian sci-fi comics. “I am in shock. The day I found out that the 1899 series is just identical to my Black Silence comic, published in 2016,” she said, publishing a thread about the similarities between the shows.

In the lengthy thread, the independent Brazilian artist shared some of the most obvious resemblances between 1899 and Black Silence, including the dark pyramid and the deaths on the steamship, the multinational crew, the symbols in the eyes, and even the writing in code. She also discovered some very similar character writing, including downright obvious character traits, and mysterious deaths.

That same thread also touches exactly upon how Netflix might have gotten its hands on this unique story. Cagnin admits she was invited by the Brazilian embassy to participate in the book fair in Gothenburg in Sweden, and while at that huge fair, the artist and Youtuber talked about and gave out copies of Black Silence to numerous people as a way of sharing her work with publishers and readers alike — including an English version for non-Portuguese speakers.

Cagnin also shared that she hosted several panels about her story and plot, and even though it is more of a short story, the “essence” of Black Silence is allegedly evident in 1899. In the thread, the São Paulo-based artist also revealed that no Brazilian should tolerate disdain and indifference based on their location. As evidence, Cagnin cited the example of Life of Pi, the 2012 drama, which was “inspired” by the much older book by late Brazilian author Moacyr Scliar, Max and the Cats — though credit for the same came long after the book and film were out.

Several fans of the comic book artist and author came forward with their own opinions, sharing all the similarities they found between Black Silence and 1899. Much like any case of accused plagiarism, there are still many people who consider this to be a coincidence, finding that there are several similarities between Cagnin’s work and many other sci-fi stories, thus highlighting that this could be nothing but a mere coincidence.

If you want to take a look yourself at the possible similarities, 1899 can be found and streamed on Netflix while Cagnin’s Black Silence is on her website, with an English version available for free.