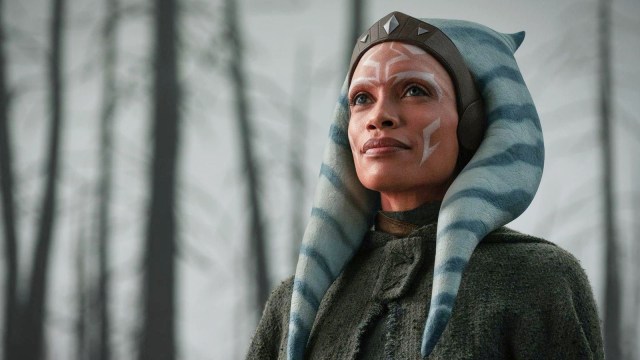 Star Wars is back, baby. After a couple of months of rest, following the conclusion of Obi-Wan Kenobi earlier this summer, the latest streaming series to hail from the galaxy far, far away debuts on Disney Plus this week in the form of Andor, which is kicking off with a super-sized three-part premiere.

The appeal of Andor is that it finally returns to the Rogue One corner of the SW universe, with a much darker, more mature tone to boot, so we’re not expecting it to be as much a part of what you might call the Mandoverse as the likes of The Book of Boba Fett. And yet, this is a Star Wars show we’re talking about, so some surprise cameos seem like a given. And it just so happens that Andor has the perfect opportunity to include one major fan-favorite we’ll be seeing again before long.

Yes, the fan-favorite in question is Ahsoka Tano, as played by Rosario Dawson in live-action. But why is Anakin Skywalker’s former padawan primed to appear on Andor? Let’s take a look.

How could Ahsoka Tano show up in Andor?

For starters, Andor‘s place on the timeline makes a role for the Togrutan Jedi easy to pull off as her own storyline at this point intersects neatly with Cassian Andor’s. The series is confirmed to take place in 5BBY (Before the Battle of Yavin), which is also the same year the first season of Star Wars Rebels is set. And what was Ahsoka doing at that time? Acting as a key member of the nascent Rebel Alliance.

Rebels season 1 saw The Ghost crew aided by a mysterious ally known only by the codename “Fulcrum,” with their identity only revealed at the end of the season ⁠— it was Ahsoka, explaining what she had been up to since the conclusion of the Clone Wars. The novel Ahsoka by E.K. Johnston explained the origins of her Fulcrum identity, elaborating that it was cooked up by her and Bail Organa as part of his Rebel Initiative, thereby making Ahsoka an intrinsic part of the Rebellion’s foundation.

That alone opens a window for Ahsoka to drop by in Andor, which will heavily focus on the beginnings of the Rebellion, bringing in figures like Mon Mothma (Genevieve O’Reilly) and Saw Gerrera (Forest Whitaker), old allies of Tano’s from the Clone Wars. But that’s still not the whole story. For that we have to look to a throwaway detail revealed in Rogue One: The Ultimate Visual Guide.

This tie-in reference book established that Ahsoka wasn’t the only Rebel spy to employ the Fulcrum alias as she actually assembled a squad of Fulcrum operatives ⁠— one of whom was none other than Cassian Andor. So given that the duo not only travel in the same circles but actually, canonically know each other, a role for Rosario Dawson seems inevitable.

Especially as it would also make sense from the point of view of the overall franchise. Ahsoka is set to premiere next spring, so it would only be smart to remind viewers of the character now ahead of her own series. Having said all this, there is no official word on Ahsoka Tano featuring in Andor at this time, but we live in hope nonetheless. If she doesn’t turn up, then Lucasfilm will have wasted a golden opportunity.

The 12-part first season of Andor unfolds new episodes Wednesdays on Disney Plus.