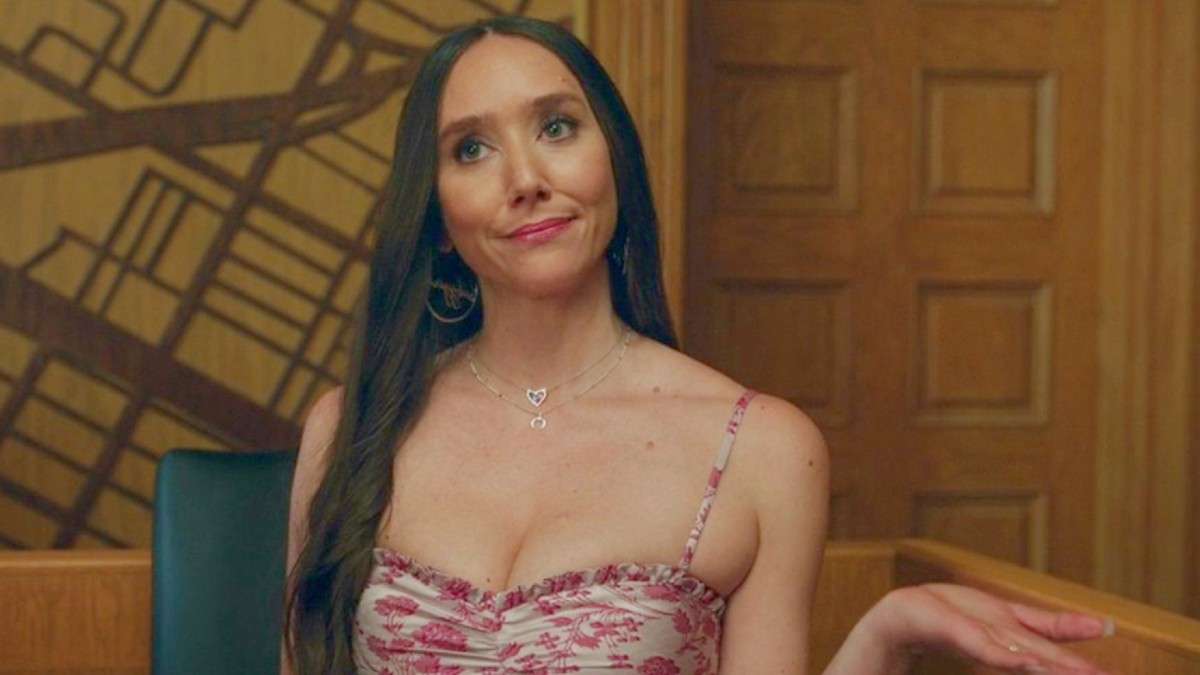 While She-Hulk: Attorney at Law may not have managed to snag the unanimous support of the Marvel fandom, there is no denying that it emerged as an absolute winner on many fronts. Whether it was Jennifer Walters’ killer sense of humor, the appearance (and “smashing”) of Matt Murdock, calling out misogyny and toxic fans, the multiple appearances of everyone’s beloved Wong, etc. But what, or to be precise who, ultimately stole the show was comedian and actress Patty Guggenheim’s hilarious over-the-top Madisynn King. Yep, the one with “with two N’s, one Y, but it’s not where you thiiiink.”

The fact that you just read that last line in Madisynn’s sing-song voice serves to prove how much Guggenheim’s scene-stealing performance has been loved by fans who particularly adored her chemistry with the usually grumpy Sorceror Supreme i.e., Wong. Her presence in the series, no matter how fleeting, left a lasting impression on the fandom, so much so that everyone is still waiting for a positive resolution to the one query the Disney Plus series left unanswered.

Long before She-Hulk hit the streamer, Kevin Feige had assured fans that post the series Jennifer Walters will be crossing over to the MCU films. Daredevil is about to get his own solo series. Hulk’s brief appearance in the show was to build up his upcoming arc in the cinematic universe. Wong’s continuing presence in the MCU needs no such assurances but it is the rumors of him getting to lead a series of his own that has catapulted the speculations about Madisynn’s future status.

According to the rumor, the studio is working on a new series, Strange Academy, which will be based on the fictional school of the same name from the comic books. Reportedly, the series will “be one of the more important tie-in stories leading into The Kang Dynasty, as it will also tie into multiple aspects of the MCU aside from the supernatural.”

As per the report, Benedict Wong would be the prime protagonist of the series as Wong. What concerned fans was that while names like America Chavez (Xochitl Gomez) and Zelma Stanton — a librarian who eventually becomes Doctor Strange’s apprentice after he saves her from deadly interdimensional parasites in the comics — have been invoked, Madisynn is not a part of the rumor.

Well, for starters, the studio is yet to refute or confirm the rumor. Also, as far as Guggenheim is concerned, she has announced in a chat with MovieWeb that she is game if she is offered to return as Madisynn.

While Madisynn and Wong’s bond currently mainly exists over their shared love for TV shows, especially The Sopranos, Guggenheim’s comedic chops have been an instant hit amongst MCU fans and the Marvel Studios.

So, where can we expect to see Madisynn next?

Chances of her appearing in future projects, even if for cameo appearances, are really high and if the rumors of a Wong series are indeed true, we are expecting her to drop in a lot more on “Wongerz!!” than she did in She-Hulk: Attorney at Law.

So, it goes without saying that whenever and wherever Wong appears next would be the perfect spot for Madisynn to pop up again and share a glass of yak milk with her new friend. We can already imagine Doctor Strange’s third eye twitching in annoyance as Madisynn keeps jabbering and continues being what the former Sorcerer Supreme will definitely label as the highest level of nuisance there is in the whole wide multiverse.

Also, don’t forget how she ended up meeting Wong. When she volunteered for a trick, the third-grade magician Donny Blaze threw her into a hellish dimension where she had to make a deal with a demon who got her out of a lava pit in exchange for six drops of her blood. As for the other details of their “deal,” a tipsy Madisynn later revealed that she has to keep them a secret or else the demon would “reap [her] soul and the souls of all [she loved].”

Sounds a lot like Mephisto, Marvel’s own version of the devil whose arrival in the MCU has been teased for a long time. So, unless the realm Madisynn landed in was a product of her drunk imagination, she might end up needing some serious saving once Satan himself makes his presence known and decides to cash in on their agreement.

In case Marvel Studios need any further incentive for making her a permanent fixture in the MCU, Guggenheim has assured that if the studio does call her, she will not only bring back her exceptional comedic timing but also return the teeny-tiny “souvenir” she took from the sets of the show — Madisynn’s tiny purse.

It is a win-win, Feige. All you need to do is pick up your phone, we all know it’s what the fans want.