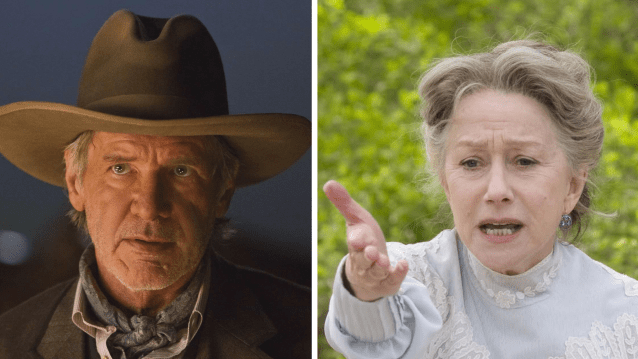 It’s time to pack your bags and saddle up because Taylor Sheridan’s latest Yellowstone prequel, 1923, has an official release date.

The next installment of the Dutton family story is set to kick off on Dec. 18 on Paramount Plus. Deadline revealed the exciting news this afternoon, and while fans anticipated a December debut, we can now officially mark that date on our calendars and cancel any plans. After all, you can’t get between a fan and their Dutton origin story.

1923 peers into the Duttons of days past and is led by Harrison Ford as James Dutton and Helen Mirren as Cara Dutton. James and Cara are the patriarch and matriarch of the Dutton family and the Yellowstone Dutton Ranch during the early depression in Montana and a state of lawlessness that will undeniably serve up a brave fight for the land with more drama on the horizon.

The official synopsis reads as follows:

Fans know how the Dutton family of today deals with theft and struggle, and we can’t wait to find out what the level of vigor and unwavering loyalty looks like in the 1920s.

1923 is the second prequel for Sheridan’s Yellowstone, with 1883 giving fans their first look at the Dutton family and why they fight so fiercely for their land and family name. As the logline for Yellowstone‘s season five reads, power has a price — and we can’t wait to find out what the Duttons will give up in both series to obtain it.

You can see 1883 streaming on Paramount Plus now with all four seasons of Yellowstone on Peacock.