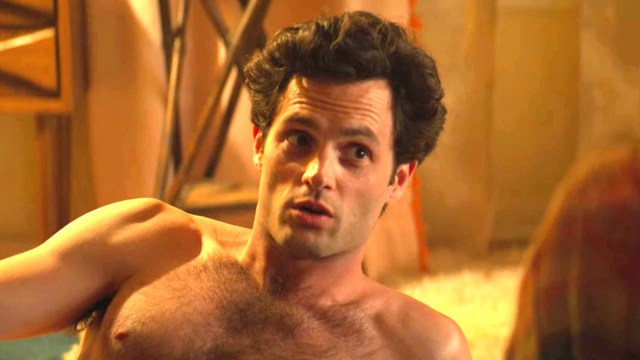 Penn Badgley, star of Netflix’s hit thriller series You, has blown the lid on the filming process for the series, revealing the evocative instructions given to him by the directors.

It’s a fair response, but given how awfully awkward “intimate” scenes can be to film, it’s not surprising stuff like this comes up. Most modern movies and television series have a designated “intimacy coordinator” to keep things as smooth as possible on set for the performers.

Being a Netflix series does allow a lot more freedom with what you can do onscreen, and it’s hard to imagine many free-to-air originals having graphic sex, drugs, and violence. But that’s where You shines. A fourth season is currently in the works for the series, being greenlit as the third season aired.

It’s astonishing seeing Badgley go from the lovable boy-next-door in Gossip Girl to sadistic serial killer and chronic masturbator, but that’s showbiz. You is currently available to stream on Netflix.