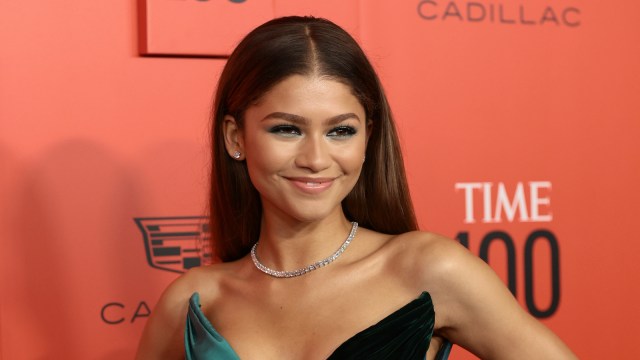 Congratulations are officially in order for Zendaya, who’s just made Emmy Awards history once again. The 25-year-old is officially the youngest actor to earn two back-to-back Emmy nominations for Outstanding Lead Actress in a Drama Series with her emotional and gripping performance in HBO’s hit teen series, Euphoria.

The star reprised her role as the struggling teenager Rue Bennett in the series’ second season, garnering even more critical acclaim than she did in the first season.

If she does take home the win, she will be the youngest recipient to win the award for the second year in a row. This comes off her major win in 2020 after the first season aired, making her the youngest Lead Actress Award winner in Emmys history. Her attendance will also be her first live attendance as a nominee, considering her 2020 win came at the height of the lockdown, which saw the Spider-Man: No Way Home star receiving her award at home with her family present.

Zendaya does have some competition, however. She’s up against recurrent nominees Jodie Comer and Sandra Oh for their performances in Killing Eve, as well as Laura Linney, Melanie Lynskey, and Reese Witherspoon, who are nominated for Ozark, Yellowjackets, and The Morning Show, respectively.

Euphoria has been a hit since it first aired in 2019, becoming the second most-watched show in HBO history after Game of Thrones. A third season was announced earlier this year, with Zendaya set to return as the narrator and main character of the series.