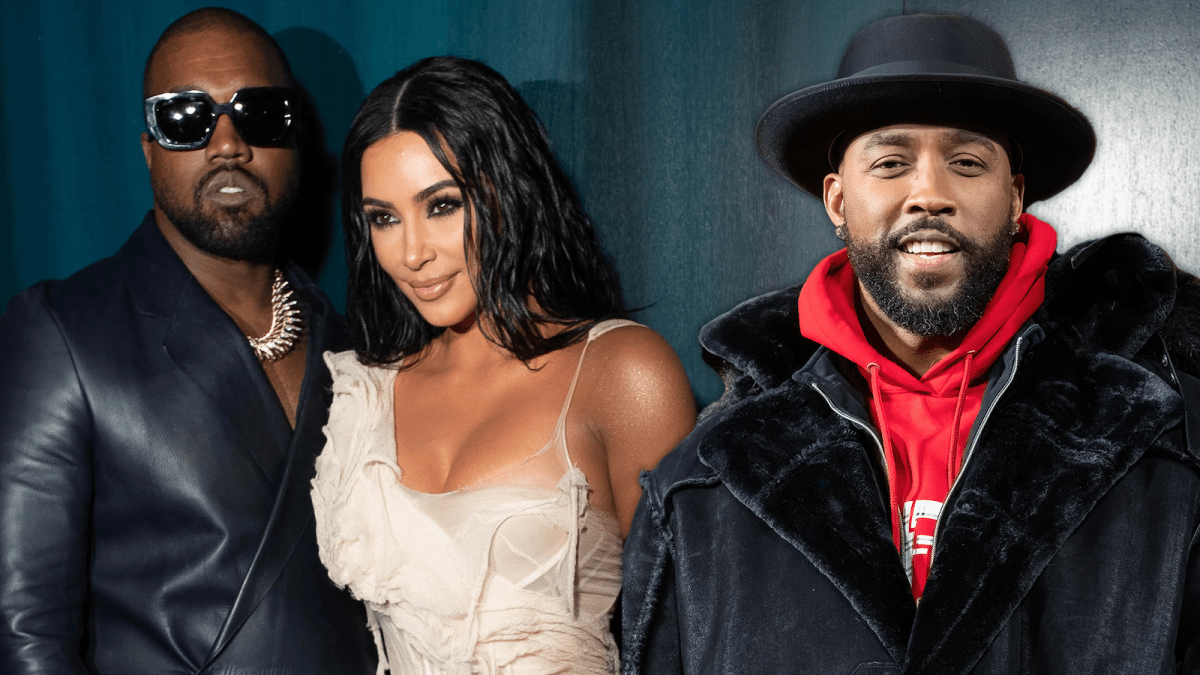 Kanye West and Kim Kardashian‘s never-ending divorce saga has found its way back into the news, thanks to singer Montell Jordan.

West and Kardashian split on February 2021 after seven years of marriage, following Kardashian filing for divorce. For an entire year following that announcement, the public tuned in to West, constantly professing his love for Kardashian on social media in an attempt to get his family back together. The rapper went as far as to threaten to harm Kardashian’s then-boyfriend, Pete Davidson, whom she dated from October 2021 to August 2022.

What makes matters even more confusing is that the entire time, West had a string of public relationships or flings and fired numerous divorce attorneys. Everyone, including Kardashian, was finally put out of their misery when the divorce was finalized in November 2022. News outlets reported that West, who shares four children with the Skims CEO, will have to pay Kardashian $200,000 monthly in child support. The pair also have joint custody of their children.

On Dec. 7, during an interview with Vlad TV, Jordan opened up about his extramarital affairs and revealed that he was lucky not to have all that mess play out in public, unlike West and Kardashian’s dissolved relationship.

Jordan, now a pastor, has been married to Kristin Hudson since 1994. The “This is How We Do it” vocalist said he was lucky to have his relationship issues exposed in that way.

In the past, Jordan shared the cause that led him to cheat on Hudson. He revealed that at the height of his career in the 1990s, music executives forced him to lie about his relationship status and claim that Hudson was his manager, not his wife, to appear more marketable to the public.

It would ultimately come to a head when Jordan went on tour. Since then, Jordan and Hudson have repaired their relationship.