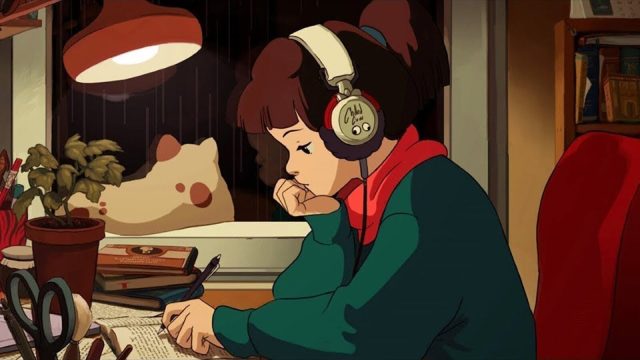 One of YouTube’s most-frequented streams was cut off this week, leaving thousands of users without the music that’s soundtracked hundreds of study sessions and gaming bouts.

Lofi hip hop radio, one of the most popular music streams on the platform, was taken down in early July, 2022. The entire Lofi Girl channel is currently unavailable, as the creators behind the mega-popular music stream fight to get them back up and running. Users who frequent the streams are finding themselves at a loss, with plenty of alternate lofi options, but none of them boasting the quality of Lofi Girl content.

Why did YouTube take down lofi hip hop radio?

The Lofi Girl stream options were taken down following a copyright violation. In the hours following the stream’s removal, the Lofi Girl Twitter account shared a screenshot of the notice issued by YouTube. It explains that the streams were removed due to a copyright strike issued by “FMC Music Sdn Bhd Malaysia.” The strike appears to have come from a Malaysian record label, and appears to be in error. YouTube already responded to demands that the channel be reinstated, responding to Lofi Girl’s tweet with one from its own Twitter page.

The brief tweet explains that the takedown requests were found to be “abusive,” and confirmed that the “claimants account” had been terminated in response. The Lofi Girl videos are technically available once again, but many users continue to experience issues. It will likely take between 24 and 48 hours, according to YouTube, for the streams to return to normal.

In the meantime, thousands of users are left without their typical listening options. It may seem a small thing, but the Lofi Girl streams — in particular lofi hip hop radio — are a huge part of YouTube culture. Almost everyone who frequents the platform has listened to them at least once or twice, with many leaning on the ceaseless streams for their day-to-day background noise. Lofi hip hop radio has racked up more than 668 million views over its life on the platform, and has been running almost constantly for the last decade. A similarly unsuccessful takedown request led to its temporary removal a few years ago, but apart from these minor blips, the stream maintains as one of YouTube’s longest-running traditions.

Between them all, the Lofi Girl’s primary music streams have racked up more than 1 billion views. They are insanely popular, but without a face or voice behind them, don’t boast the outside recognition of individual YouTubers like PewDiePie or MrBeast. Their loss is felt by a huge number of users, which explains YouTube’s quick action.

Thankfully, Lofi Girl regulars shouldn’t have long to wait before their chill beats are back up. The lofi hip hop radio — which has managed to maintain, uninterrupted, since February of 2020 — will lose its streak, and start over on the date it gets back up and running. But users will once again have access to their favorite study music, so all’s well that ends well.