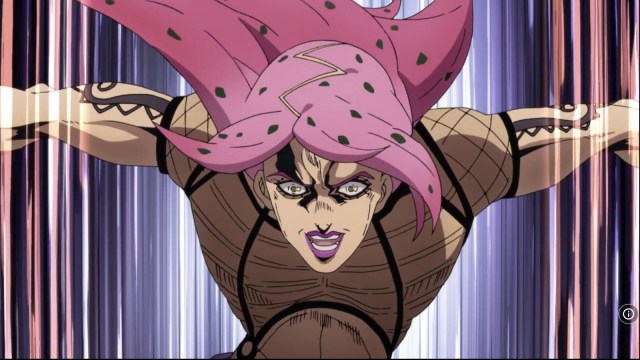 Spanning almost 40 years of releases, JoJo’s Bizarre Adventure is filled with even more bizarre characters. Both the manga and anime of the same name follow a cast of characters getting into adventures all across the globe, meeting allies and enemies along the way. Some of these characters have stood out more than others, essentially the cream of the crop of villains.

JoJo’s Bizarre Adventure is broken up into separate parts, each one following a new descendent in the Joestar family line. The series starts off with Johnathan Joestar and currently has eight parts, all of which feature a new Joestar protagonist. As of this time, the series is still underway.

In Stardust Crusaders, Jotaro Kujo must set off to Egypt to defeat a powerful enemy in order to save his mother’s life. While attempting to fly from Japan to Egypt, Jotaro, his grandfather Joseph Joestar, and his friends are attacked on the plane. Gray Fly is a stand user with the power of the Tower of Gray, which allows him to control a giant stag beetle that can move at incredible speeds and easily tear open flesh.

It is revealed that Gray Fly has been involved in many crimes and mass killings, including plane crashes and train accidents. Gray Fly does not messing around. Unlike most of the villains in JoJo’s Bizarre Adventure, he is a cold-blooded killer with a huge body count.

Diamond is Unbreakable starts off with a serial killer having made his mark on a small, coastal town in Japan. The killer is Anjuro Katagiri, a stand user who has the ability Aqua Necklace, which allows him to take control or kill those it enters. He mostly uses it to kill after having his victims swallow his stand in some way.

Before he gained his power, Anjuro was convicted of rape and robbery at the age of 12. He then served 20 years in jail and was hanged for his crimes. After surviving and gaining his ability, he goes on a killing spree until he eventually runs into Josuke Higashikata, the Joestar who ultimately brings him down.

Along Jotaro’s journey to save his mother, he runs into the henchmen of Dio Brando, who attempt to stop him. One such villain is Terence T. D’Arby, a man who can win the souls of others through bets or challenges.

Unlike most villains in the show, Terence is incredibly smart and confident in his abilities. He also doesn’t use violence to stop the group. Instead he tricks them into waging their souls against his video game skills. Once he beats someone, their soul is taken from them and he places it into a little doll. He likes to collect the souls of those who he has beaten and keep them locked away, having a small collection he shows to the group.

The main storyline of Battle Tendency is the resurrection of the Pillar Men, a group of ancient superhumans who are the source of the vampire legends. They are extremely smart and strong but are weak to the power of the sun. Kars is the leader of the four that are brought back to life. When he awakes, he immediately seeks out the power to become immune to the sun and take over the planet from the ‘inferior’ human race.

He is the most murderous and sadist of the group. He despises the human race and technology. Kars is a classic villain character that serves as an ultimate challenge for Joseph Joestar to beat in the race to save the world.

While most on this list are primarily human, Bug-Eaten is two rats that gained stand powers when shot with the magic arrow by Akira Otoishi. After surviving the arrow wound, Bug-Eaten attacks both Jotaro and Josuke. Ratt is a stand ability that is akin to a sniper rifle, firing corrosive darts over 200 feet away and melting everything it touches. These rats actually almost manage to kill Jotaro, a feat that many of the villains that have come before could not.

As the 23rd President of the United States, Funny Valentine is the main antagonist of the Steel Ball Run part of the series. He is the ultimate mastermind behind the Steel Ball Run race and has the ability to travel across parallel universes. He will do whatever it takes for his country, the United States of America, including sacrificing his own men and even killing them himself.

While Hol Horse is not a stone-cold killer, he is one of the most sensible of the bunch. Unlike most of the villains in Stardust Crusaders, Hol Horse recognizes when he is outclassed and retreats from the fight. He also teams up with other stand users, instead of just taking the group on by himself.

Even with his ability to control the trajectory of his bullets, Hol Horse is never a true threat to the heroes. In true fashion, Hol Horse is a lover, not a fighter, as shown by his numerous girlfriends all over the world.

As the main antagonist of Vento Aureo, it’s not a surprise to most that Diavolo would be on this list, having buried his mother alive with her mouth sewn shut under the house of the priest who raised him. Being the boss of the Passione crime syndicate, Diavolo goes to great lengths to keep his identity a secret, including attempting to kill his own daughter.

This is due in part to his dissociate disorder, which leaves him with a split personality, both of which have violent tendencies. It is believed his disorder was caused by the abuse they suffered as a child, but never confirmed in the series.

Yoshikage Kira is the big bad of Diamond is Unbreakable. As a paraphilic serial killer, he has been haunting the small town of Morioh for decades. He stalks and kills women in order to fulfill his hand fetish, which he takes from his victims.

His stand ability allows him to completely destroy the rest of the body, leaving no trace, which is how he managed to kill for so long without being caught. He is highly intelligent and egocentric, but his need to kill is his undoing.

Dio Brando is the MVP of the entire series, being the original villain from the first part and continuing to pop up throughout the franchise. He has also influenced many of the events of the series, having created many of the other villains in this list either by chance or on purpose.

After stealing the Stone Mask from Jonothan Joestar in 1888, he becomes a superpowered vampire. With his new immortality and powers, he begins to amass followers, who he sires as vampires like himself. While he is ultimately unsuccessful, he continues to find new ways to return to the world and try once more to take over. Dio is the ultimate villain who can’t be brought down, no matter how many times he is beaten by the Joestar family.