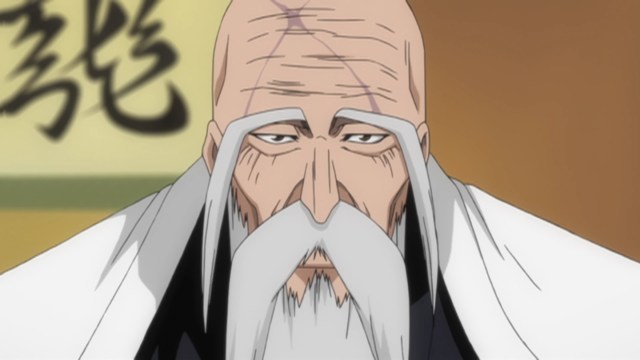 Soul Society is the afterlife or spirit world in the popular shounen anime, Bleach. The arc that focuses majorly on the otherworldly location is widely considered to be one of the best in the genre.

Soul Society functions as a normal city or town would, with a King, governments, militaries, and advanced technology striving to keep the peace and thwart off various enemies. People live together and go about daily business as regular living humans should. The benefits of the afterlife include lack of hunger, extremely slow aging, and reuniting with departed loved ones. However, while Soul Society is the land for departed souls and deities, there are attacks against it by other spiritual foes. Even though they constantly have to protect themselves, there are several mistakes made that could have led to the avoidance of some serious problems for the land of the living dead.

Here are seven costly mistakes Soul Society made in Bleach.

There can be only one Kenpachi in Soul Society. With Unohana still alive, Zaraki fought her to the death in a battle that brought out his innate abilities and left him much stronger than at the start. However, the Waldenreich that the Quincy is a part of were not weak, and it certainly would have been well worth it to have the strongest people alive and able to fight.

At the instance of Aizen releasing his Zanpaktou to everyone, it is difficult to believe the abilities of Kyoka Suigetsu would have an unnoticeable effect on someone as powerful as Yamamoto. In the world of Bleach, abilities and attacks are only as strong as their user. While Aizen is very powerful, he is not stronger than Yamamoto. It still comes as a shock that Yamamoto did not suspect Aizen at any point when he should have noticed something was off.

In a stable world, checks and balances would be the order of the day. In Bleach, the Quincy are living humans who destroy Hollows and other souls. While their number was successfully curbed by Shinigami, their mission remained intact: wipe Hollows from existence. Having an agreement between Soul Society and the Quincy, as stated by Uryuu’s grandfather in the early arc of the anime, would have gone a long way to reduce the level of hatred the Quincy have for Soul Reapers.

Central 46 made a lot of terrible decisions in Bleach, and one that stands out is the dismissal of Kisuke Urahara, who was framed by Aizen. Central 46 also ran the verdict on Rukia’s crime and sentenced her to death, and these are just two of many horrible decisions that could have been avoided if they just weren’t around or disbanded.

3. Characters withholding their Bankai against Aizen

Aizen is a very powerful foe, and in the battle in Karakura Town, he defeats all Soul Reapers in about a second. It’s later revealed that these Soul Reapers were holding back, as Toshirou had another level to go, and Kyoraku could have opted to use bankai. Sure, they may not have beaten Aizen, but they would be shown to have put in their whole effort.

The 13 court guard squads are the army of Soul Society and Central 46 is its legislature. The sentence on Rukia was clearly harsh and very difficult to stomach for many viewers. It’s worrying that a lot of the captains, vice captains and seated officers were either unbothered or unwilling to question the decision and appeal on Rukia’s behalf.

1. Not being prepared for the Quincy attack

The Thousand-Year Blood War began with an assault on the Captain Commanders chambers, as the Quincy came to declare war. Unfortunately, Soul Society were still unprepared and completely outclassed by the Quincy even with the knowledge of them being able to steal bankai, leading to an intense struggle.

While Soul Society was attacked several times, and most threats could always easily be averted by the super powerful captains and Ichigo. The threat of the Quincy was clearly not one to be ignored, and Squad Zero did not act until it became extremely dire.