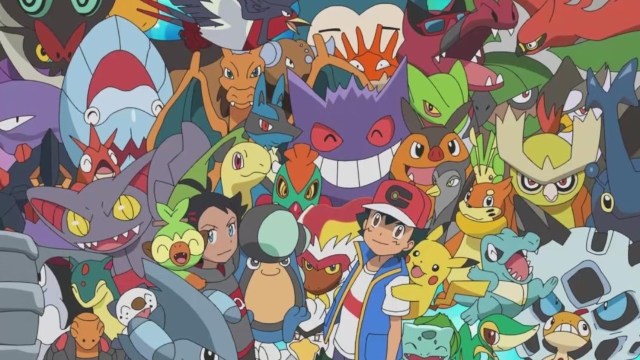 He wants to be the very best — like no one ever was. Pokémon‘s beloved protagonist, Ash Ketchum, has encountered and captured numerous Pokémon in the anime’s 25-year-long run. On April 1, 1997, in Pokémon‘s debut episode, “Pokémon — I Choose You!,” Ash was gifted his first-ever Pokémon from Professor Oak — a very reluctant and stubborn Pikachu. After gaining Pikachu’s trust following the disbanding of an angry flock of Spearow, the determined then-10-year-old goes on to pursue the title of Pokémon Master. When Ash and Pikachu’s blossoming friendship takes form, the Pallet Town native and his newfound Pokémon partner set out on a region-wide journey to “catch ’em all.”

Although Ash doesn’t quite “catch ’em all,” he does offer a valiant attempt. During his travels in the Kanto Region, Ash catches 30 Tauros in a banned episode known only as “EP035.” It was forbidden to air due to the usage of handguns throughout. In this untitled episode, which leaves a major plot hole in the English dub, Ash catches all 30 of his Tauros in the Safari Zone.

Including those 30 Tauros, Ash has officially owned 83 Pokémon. This staggering amount includes any Pokémon that Ash has caught, owned or taken on from other trainers — as well as those released into the wild. Apart from the permanent teammates, Ash temporarily held four Pokémon, traded two away, gave one away, and traveled with four at different stages in the anime. Although he has officially owned 83 Pokémon, he has “technically” owned 93 Pokémon overall — including the temporary tag-alongs. Within those 93 Pokémon, Ash has owned at least one Pokémon of every elemental type.

Without further ado, here’s a full chronological list of Ash’s Pokémon in the anime:

With its most recent episode, “Champions’ Pride! Wataru VS Carnet!!” (Japanese title), airing on July 8, 2022 in Japan and its upcoming episode, “VS Shirona! Iris’s Road to Dragon Master!!” (Japanese title) airing on July 15, 2022 in Japan, the 25th and current season of Pokémon — titled Pokémon Ultimate Journeys: The Series — is just a few episodes away from its conclusion. Subsequently, there’s still plenty of opportunities — now and beyond — for Ash to expand his Pokémon portfolio.