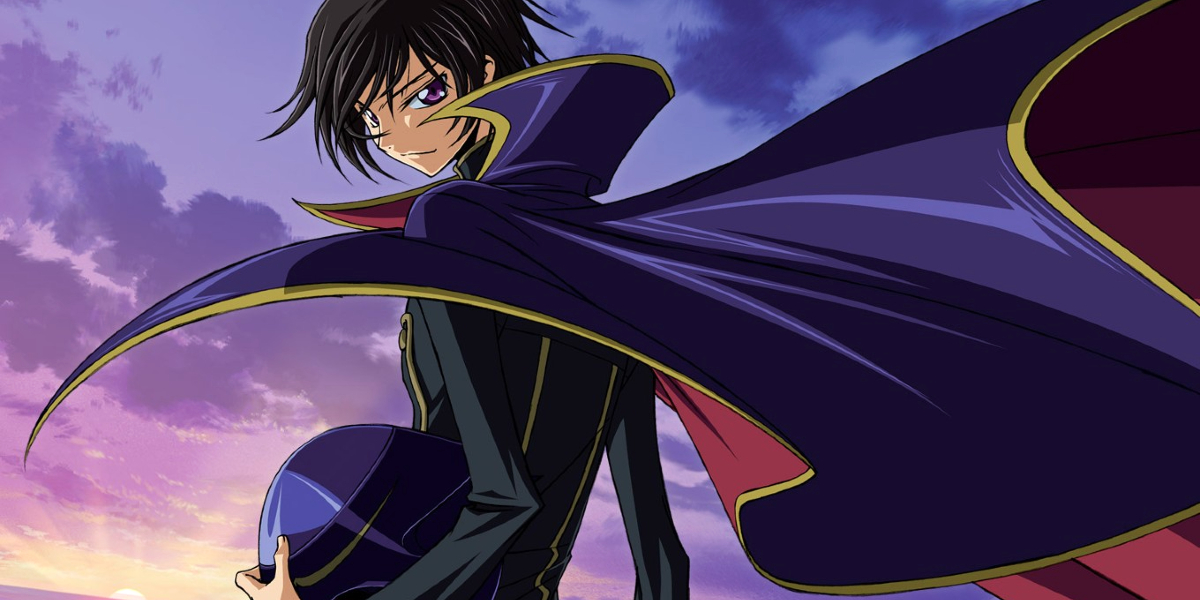 Studio Sunrise’s Code Geass has emerged as a foundational anime worth watching, as its primary two-season narrative incorporates its themes remarkably well while positing a morally ambiguous figure at the center.

The anime revolves around Lelouch, whose seemingly ordinary life is disrupted when he gets involved in a sudden terrorist attack and finds himself responsible for the mysterious, green-haired C.C. This incident marks the beginning of an iconic character arc, and the birth of Zero, the masked vigilante who leads a resistance against the establishment.

Code Geass boasts a plethora of compelling characters while dealing with the themes of inner conflict, the personal and the political, and what it means to lead a resistance at the cost of self-effacement. Apart from the countless Spinzaku memes, Code Geass has some outstanding moments worth mentioning, such as the scenes in which the Autonomous Armored Knights are unleashed in their terrifying glory, the cerebral nature of Zero, and the way in which the Geass is used to varying effect.

However, is there more to Code Geass beyond the two-season anime? Yes, there absolutely is, as the anime also spawned various manga and television series, along with a film trilogy that recapitulates the events of the anime.

New additions to the Code Geass universe obviously affect the events of the anime as a whole, as further context is added to key events while certain characters are allowed to be more fleshed out than usual. There are numerous OVAs and movies that can be watched to get a comprehensive idea of Code Geass, although the process will admittedly be a long-winded one. Here’s the best viewing order:

While Black Rebellion and Zero Requiem are movie recaps of the events of the anime (although the former is portrayed purely through Lelouch’s point of view), Kiseki no Birthday and Nunnally in Wonderland are off-shoot stories that have some sort of tie-in with the main events of the anime.

Alternatively, Akito the Exiled is a Code Geass spin-off with a fresh character and a deeper exploration of its original premise, in which the aftermath of Lelouch’s final sacrifice can be seen through a specific lens. Moving on to the movie trilogy — Initiation, Transgression, and Glorification — they offer as handy addendums to the events of the anime, helping one understand the events better.

Finally, Lelouch of the Resurrection continues the unfinished story of Code Geass, offering a resolution of sorts to a complex, beautiful story about the subjectiveness of morality, and how one man became a symbol of apparent evil to demolish structures built on duplicity and greed. No matter what order one settles for, Code Geass is an unforgettable story with great emotional weight, and an anti-hero figure worth rooting for.

Code Geass is now available to stream on platforms such as Netflix, Crunchyroll, Hulu, and Funimation.