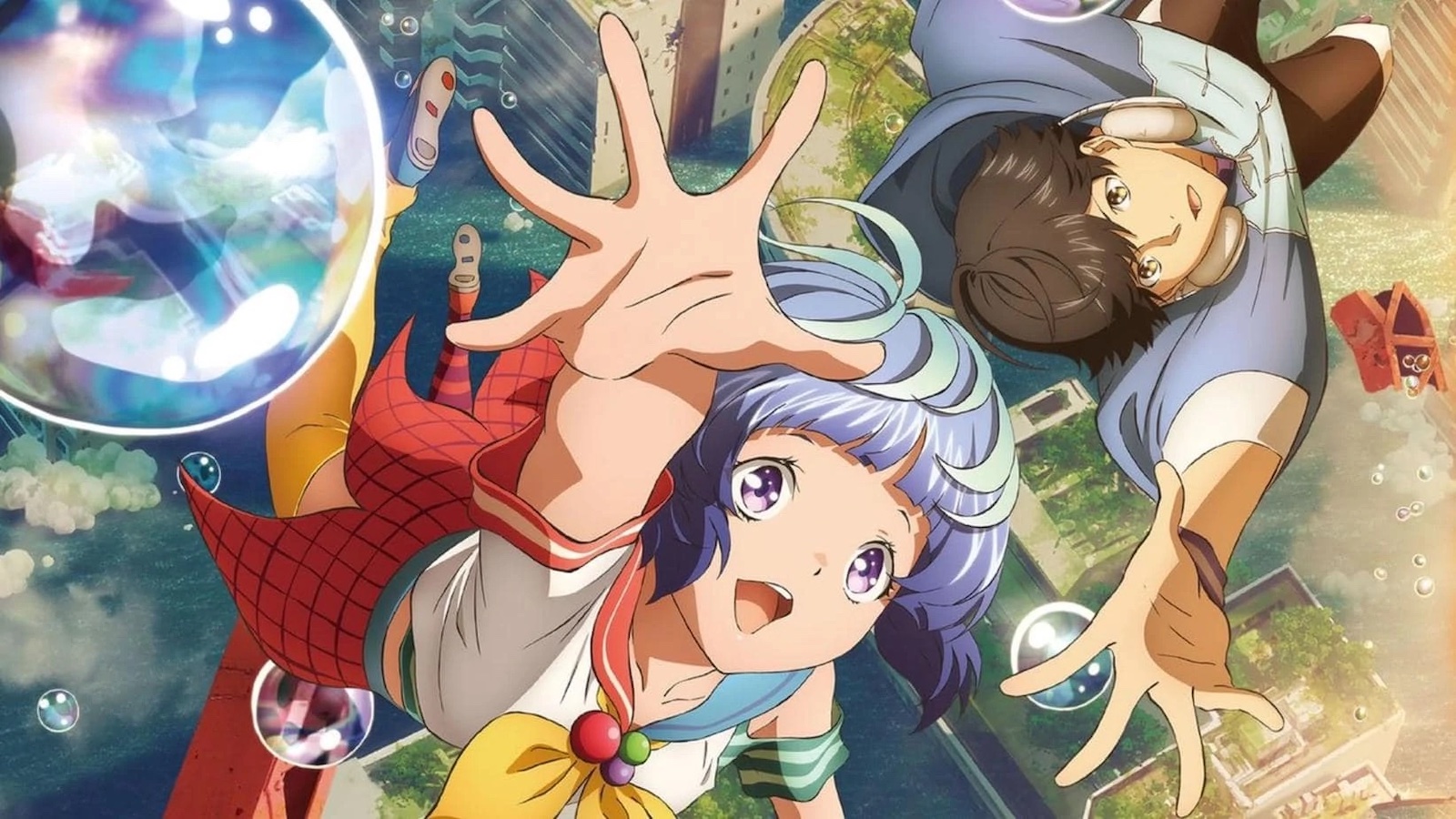 Tetsurō Araki’s Bubble is now available to stream on Netflix today. The latest feature film from the director of hugely popular TV and film series including Death Note and Attack on Titan features a compelling original story and animation from Wit Studio, the studio behind acclaimed series like Attack on Titan, Ranking Kings, and Spy x Family.

Bubble’s original story is set in a fantastic post-apocalyptic Tokyo, abandoned by all but a few loner teens who use parkour to navigate the treacherous, flooded landscape. In teams of five, they face off in a sport called battlekour, a competitive parkour challenge formed out of their survival.

The film was released with an English language dub. Emi Lo (Higurashi: When They Cry – GOU) makes her theatrical debut as the voice of Uta alongside the voice of Tanjiro Kamado himself, Zach Aguilar as Hibiki, two protagonists, and likely lovers. Other English voice actors include Jeannie Tirado as a younger Hibiki, Erica Lindbeck as Makoto, Keith Silverstein as Shin, Robbie Daymond as Kai, Laura Stahl as Usagi, Kyle McCarley as Denka Ninja, Cristina Vee as Undertaker, and Chris Jae Alex as Kantō Mad Lobster.

Bubble debuted internationally in Berlin in February, and will soon hit Japanese theaters next month. You can stream the film on Netflix today.