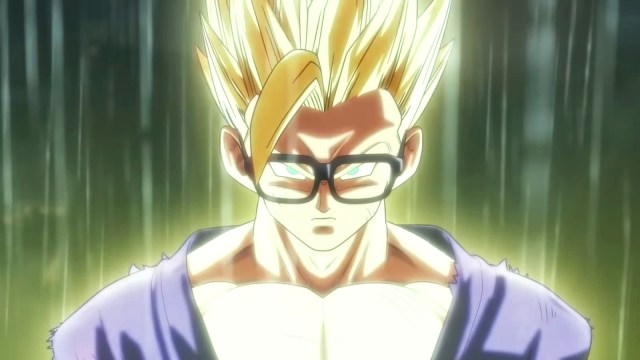 Let’s start with the most obvious reference in Dragon Ball Super: Super Hero. The Red Ribbon Army – run by the evil Red – from Dragon Ball returns in the film. Back in Dragon Ball, Son Goku faced the entire Red Ribbon Army after they tried to hunt the dragon balls for their own evil gain. They tried to kill Goku, by sending primitive androids and even an assassin after him. Since then, Red’s son Magenta took over the organization, running a pharmaceutical company and funding the Army’s secret manufacturing of androids, leading to the next connection.

Dr. Gero was the creator of the androids in the Android Saga of Dragon Ball Z. He was a brilliant scientist and engineer who managed to make some of the deadliest androids on Earth, Android #17, Android #18, Android #19, and even turned himself into an android, known as Android #20.

One of the main characters of the film is Dr. Gero’s grandson, Dr. Hedo. While they were showing that Hedo was related to the old scientist, they went through his family tree. You may have missed it, but there was a shot of Android #16 on the family tree. However, it wasn’t really Android #16, but Gero’s dead son, Gevo, whom Android #16 was modeled after.

Dr. Gero’s most terrifying creation, the biological android known as Cell from the Cell Saga in Dragon Ball Z ,was heavily referenced in Dragon Ball Super: Super Hero. Even the mere mention of his possible return struck fear into the fighters, especially Piccolo, Gohan, and Android #18, who was no doubt experiencing some PTSD.

Of course, the fighters were afraid because Dr. Hedo had made a more powerful version of Cell, dubbed Cell Max, which was ultimately unleashed in the film. Fortunately, Gohan and Piccolo proved to be too much for the giant version of Cell, all while making fans remember just how captivating a fight with Cell can be.

The dietary needs of a Namekian

A throwaway plot point in Dragon Ball Z‘s Namek Saga is mentioned in Dragon Ball Super: Super Hero. Near the beginning of the film, Videl asks Piccolo to pick up Pan from preschool. As a ‘thank you’ for picking up her daughter, Videl offers Piccolo food. Piccolo rejects her offer, saying that he lives off water only. This was how the Namekians lived on Planet Namek, as Dende told Krillin in the Namek Saga. Even though their planet was covered by greenery, the Namekians only grew the trees for the health and beauty of their planet and they could get by on only water, as Piccolo does in Dragon Ball Super.

This reference was a call-back to one of the most iconic filler episodes of Dragon Ball Z. When Piccolo flies the Red Ribbon Army ship that was used to kidnap Pan, Piccolo crashes into a few things, and while he is piloting the vehicle, he says that he never did get his license. This is a reference to the episode ‘Goku’s Ordeal’ in Dragon Ball Z, where Chi-Chi makes Goku — and by extension, Piccolo — go to driving school and get their driver’s licenses. The episode is incredibly iconic amongst the Dragon Ball Z community, so the reference was well-received.

When Piccolo realizes that he might be the only fighter on Earth capable of defeating the Red Ribbon Army, he journeys to Kami’s house to visit Dende. He asks Dende to unlock Piccolo’s potential, making reference to when the Namekian Grand Elder Guru did the same for both Gohan and Krillin during the Namek Saga in Dragon Ball Z. Dende then notifies Piccolo that he can’t unlock his potential because Namekians learn the power with age.

After Dende informs Piccolo that he cannot unlock his potential, Dende realizes that the Eternal Dragon Shenron could be able to, but only if he was upgraded first. Dende proceeded to do just that, taking out the miniature version of Shenron and upgrading him, so that when Piccolo asked for his potential to be unlocked, Shenron would be able to grant his wish. Dende had made an upgrade to Shenron before, during the Cell Saga in Dragon Ball Z. This upgrade allowed for anyone who summoned Shenron to have three wishes granted instead of one.

The frivolous use of the Dragon Balls

This is a recurring gag with the Dragon Ball franchise, one which started when the Dragon Balls were first used on-screen in Dragon Ball. In the original Dragon Ball anime, when the Dragon balls are summoned for the first time, Oolong wastes one wish, wishing for a pair of perfect underwear. In his defense, he wasted the wish on purpose to stop Emperor Pilaf from exploiting the powers.

Then, in Dragon Ball Super: Super Hero, after Piccolo uses his wish to unlock his latent potential, Bulma uses the other two wishes to make her butt bigger, and to make her eyelashes longer. In fact, it was revealed that Bulma had been using the Dragon Balls for cosmetic purposes quite often, whenever she collected them. Shenron is never amused by such a frivolous use of his power, and it does seem like a waste, especially as the Dragon Balls become ineffective for a whole year after their use, and they could have summoned both Goku and Vegeta to help fight Cell Max.

Near the beginning of the film, Piccolo realizes that Gohan has been slacking, prioritizing his work ahead of his training and raising his daughter. To catch him off guard and to see if Gohan has been slacking, Piccolo snaps a weighted outfit onto Gohan. The outfit is Piccolo’s iconic outfit throughout the Dragon Ball franchise, dubbed the “Demon Clothes” after the Demon King Piccolo. Gohan first donned the outfit after Goku’s death in the Saiyan Saga in Dragon Ball Z.

However, the most iconic use of the Demon Clothes was during the Cell Saga, which was made by Piccolo after Gohan trained in the Hyperbolic Time Chamber. Goku and Gohan trained in the Hyperbolic Time Chamber to get ready for Cell and wore the Saiyan armor, which Vegeta popularized. When they finished, Goku returned to his iconic Turtle School Gi. Instead of wanting to be like his father, Gohan honored Piccolo by asking him for a replica of his clothes, because he was Gohan’s first teacher. So, adult-Gohan wearing the Demon Clothes in Dragon Ball Super: Super Hero was a touching reference.

Not only does the iconic fusion form from the Buu Saga in Dragon Ball Z appear in Dragon Ball Super: Super Hero, but the film references the failed form of Gotenks as well. The ideal form is achieved when Goten and Trunks perform the fusion dance correctly. Unfortunately, the teen version of those characters did not remember how to do the dance in the film and so the under-developed, wasted form of Gotenks appeared in the film, but he somehow managed to help defeat Cell Max.

This one is perhaps the funniest reference in that it’s just a recurring gag throughout the entirety of the Dragon Ball franchise. When Goku and Krillin were still children in Dragon Ball, Goku managed to outpace him in power quite quickly, and by Dragon Ball Super, their power level is no longer comparable. As far as comedy goes in Dragon Ball, Krillin being hilariously underpowered for most battles is up there as one of the better jokes in the franchise.

Bulma constantly refers to the fact that Krillin is weak towards the end of Dragon Ball Super: Super Hero. However, in pure Krillin fashion, not only does he evacuate Bulma and Pan, but he goes back to help Android #18 with some Destructo Disks and manages to temporarily blind Cell Max with Solar Flare.

In the climactic battle against Cell Max, Piccolo refers to the first time Gohan defeated Cell, with the iconic Father-Son Kamehameha. The film even goes so far as to show a quick flash of the iconic image that was Goku from the afterlife helping a one-armed Teen Gohan and finally defeat Cell in the Cell Games Saga in Dragon Ball Z. However, Gohan does not end up using his Kamehama technique to defeat Cell Max, that honor is saved for our last reference.

To defeat Cell Max in Dragon Ball Super: Super Hero, Gohan Beast charges a Special Beam Cannon, firing it right at his head. This is one of the most touching moments of the film as it references how much respect and admiration Gohan has for Piccolo, something that is shown throughout Dragon Ball Z. The Special Beam Cannon was famously used by Piccolo in the Saiyan Saga in Dragon Ball Z, where he used it to kill Raditz, along with Goku.

Gohan says that he taught himself how to do Piccolo’s signature technique, making Piccolo proud. It’s a very nice moment that shows you how Piccolo is like a father to Gohan, and that the pair have a deep respect for each other. Using Piccolo’s iconic move was an incredibly touching nod to their relationship, and it should make fans happy, especially seeing as their relationship was sidelined towards the end of Dragon Ball Z.