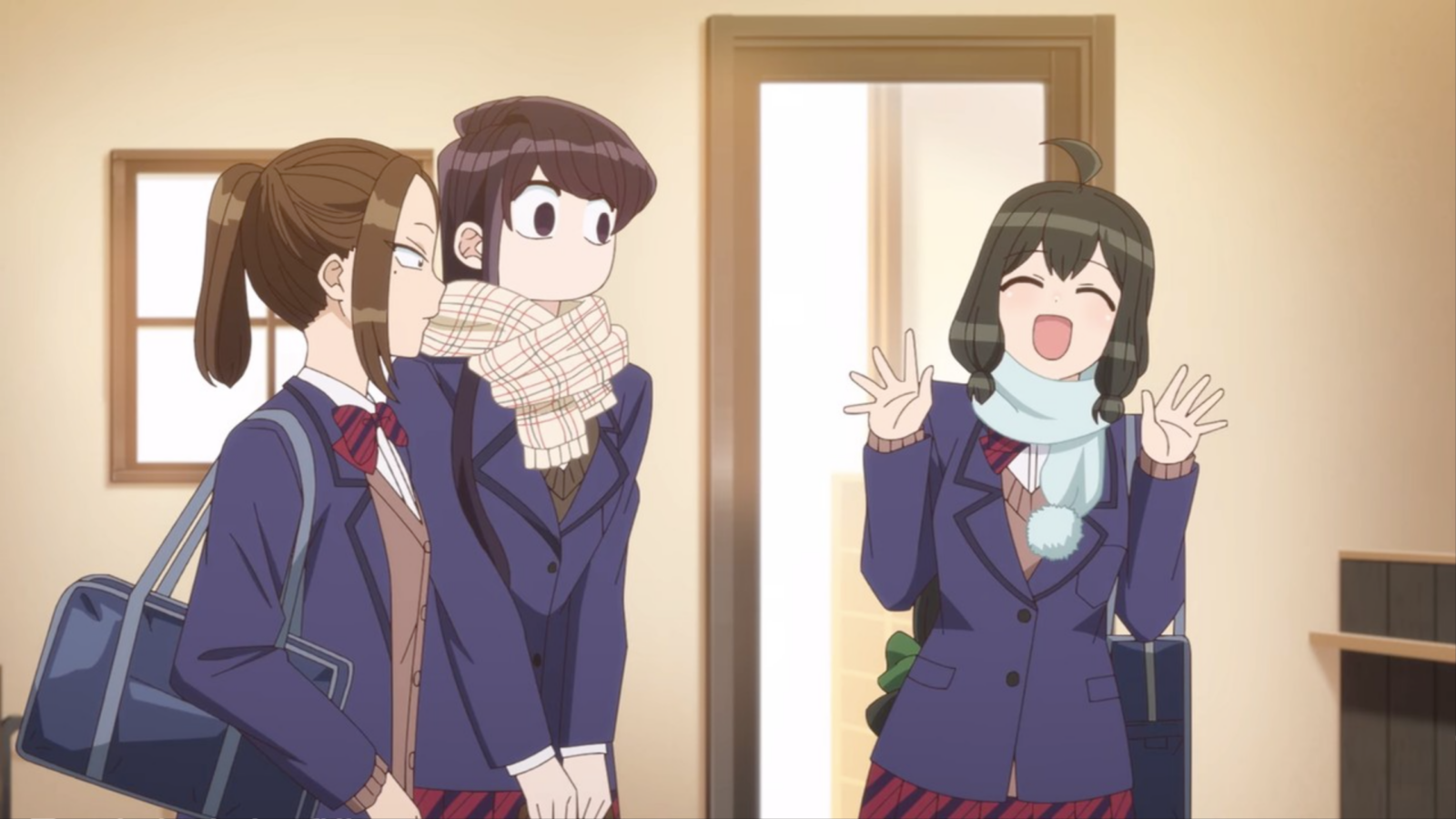 Episode 14 of Komi Can’t Communicate has finally dropped on Netflix, featuring new wholesome episode segments. But there was one, in particular, that got fans excited and that is the cat cafe scene.

Just like in previous episodes, multiple short segments happened in the episode such as a typhoon, Yamai plotting something for her benefit, the boys in the class talking about their female classmates, and a trip to the cat cafe.

In the segment titled “It’s just a cat cafe”, Komi goes to a cat cafe with Onemine and Kaede as Komi is interested in those feline pets. However, all the cats run away as they are scared of Komi, making her feel left out.

The leader of the cats in the cafe named “Chocolat”, known to not like being touched by others, watches Komi and decides to approach her.

Fans who both saw the episode early in Japan and recently on Netflix reacted to the scene on social media, saying that Komi and cats are a perfect match.

Netflix anime were aware of how well-liked this scene was and promoted it on their social media as part of their community post.

Komi Can’t Communicate is an anime adaptation of the manga of the same name by author Tomohito Oda. It follows a girl name Komi who struggles with communicating with others. With the help of her friend Tadano, she plans to make 100 friends.

Episode 14 is now out on Netflix and new episodes drop every Wednesday.