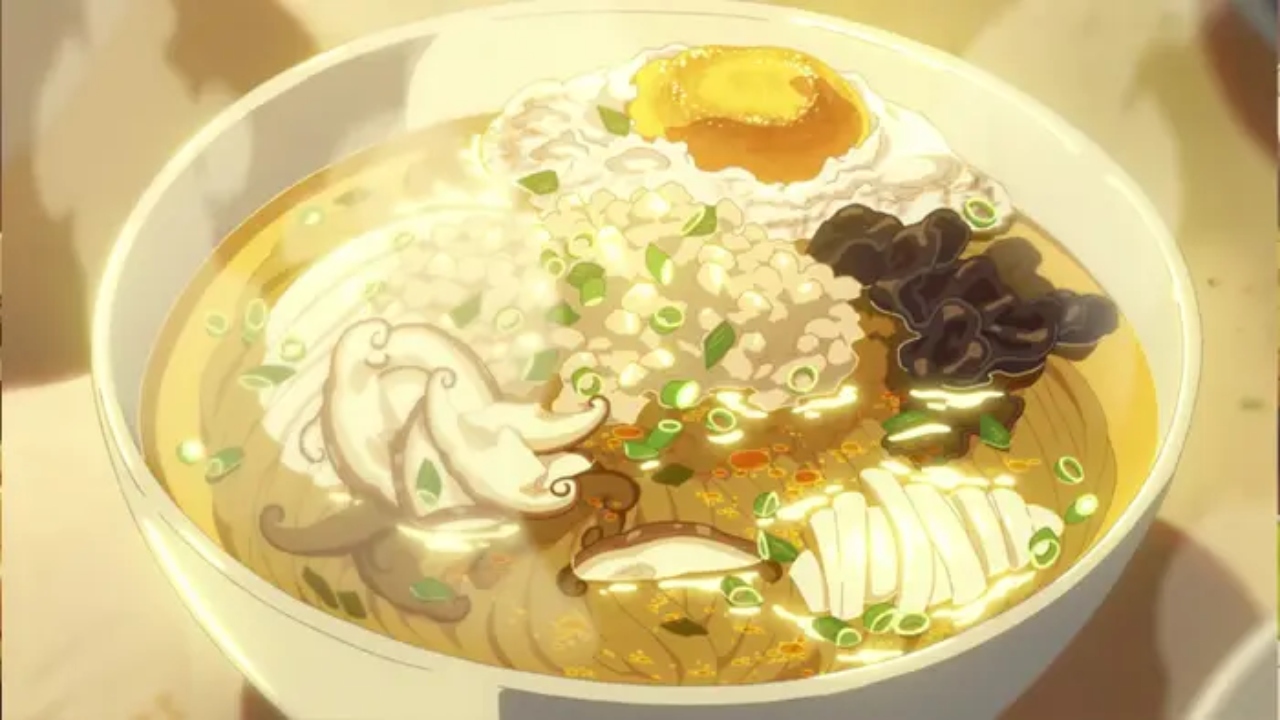 The cultural phenomenon of anime might be an acquired taste, but Japanese cuisine is delectable, any way you slice it. Especially in anime, the culture shines through in the scenery, the portrayal of everyday society, the interhuman relations and the mouthwatering food. Some of the tastiest anime dishes appear frequently, often as the trademark meal for certain characters, such as Naruto loving ramen and Luffy obsessing over meat-based foods.

Somehow, animators make depictions of food look irresistible; the attention to detail is so breathtaking that the visual appeal really comes across. In most anime series, the central characters pursue their most desired meals and will do whatever it takes to find and devour it. These dishes are commonly seen in Japanese media and make themselves prominent in popular anime content, but they also happen to be the most highly recommended Japanese specialities.

Also known as a “pork cutlet bowl”, katsudon became widely known due to the sports anime Yuri!!! on Ice. Premiering in 2016, the anime revolves around figure skating and focuses on Japanese figure skater Yuuri and his idol, Russian figure skater Victor. Every time Yuuri Katsuki wins competitions, he would eat katsudon along with Victor; the dish consists of of rice topped with a breaded pork cutlet, an egg omelette, vegetables, and other condiments.

Ramune is a carbonated Japanese soft drink, consisting of a heavy glass bottle whose mouth is sealed by a round marble due to the pressure of the carbonated contents. As a result, to open the bottle, you need to push the marble inward. Any failure to do so will result in a nasty splash. In anime, ramune is often used to signify nostalgia or that magical period of childhood.

It was Western cuisine that influenced the concoction for the omurice, a half-omelette, half-pancake made with fried rice and thin, fried scrambled eggs, usually topped with ketchup. The dish tends to arise within anime during a particularly romantic scene when love is in the air. In the anime film The Garden of Words, omurice is featured when Takao Akizuki and Yukino Yukari prepare homemade omurice for lunch.

Takoyaki — made with minced or diced octopus (tako), deep fried flour-batter, pickled ginger, and green onions — is the only seafood-based dish on the list. Topping the ball-shaped snacks is a blend of sauce, shredded vegetables, and shavings of dried bonito fish. In Assassination Classroom, Korosensei makes takoyaki with the octopus that Karma killed. Takoyaki is a notably spicy dish and not for those with a bland flavor palette.

Dango is a traditional Japanese rice dumpling smothered in an irresistibly sweet soy glaze. The dumplings are skewered on a bamboo stick, typically three to five at one time, and enjoyed all year round. In Samurai Champloo, Mugen, Jin, and Fuu encounter a food stand serving dango and spend what little money they have on the sticky-sweet treat. At shopping malls or on the streets, most food stands in Japan will be selling dango.

Bento boxes are widely considered to be the lunchbox equivalent in Japan, typically consisting of home-packed meals, but sometimes used as a single takeout portion. A traditional bento may contain rice or noodles with fish or meat, often with pickled and cooked vegetables. Bento boxes have featured in a variety of anime, including Himouto Umaru-chan, Charlotte and Toradora.

Taiyaki is the unofficial food of the innocent and “perky” girl in most romantic anime series. It may be shaped like a fish, but taiyaki doesn’t contain fish at all, at least not traditionally. In fact, taiyaki are pancakes, sometimes made from waffle batter, that are shaped like a fish and filled with something sweet like chocolate, custard or red bean paste. Fun fact: taiyaki was first baked around 100 years ago in Japan.

Pocky is a thin biscuit stick with a sweet coating, often imitated but never replicated. It comes in a wide range of flavors including strawberry, banana, cookies and cream, matcha green tea and more. Pocky is often considered a shareable snack and became even more popular during the “Pocky game” trend that involved two people eating one Pocky from each end. The first person whose mouth comes off the Pocky or the other player gets to the middle first loses. If the participants end up kissing, it is a tie.

Known simply as a rice ball, onigri is a quick snack that requires minimal effort and preparation. It consists of rice triangles wrapped in seaweed and can be enjoyed in many different ways. Some opt to fill it with umeboshi (pickled plums), fish, jelly, or meat. Onigri became famous from the Pokémon franchise, where it was involved in controversy after the Pokémon dub changed the Japanese term to “sandwiches”, a much less common and inaccurate term.

Perhaps the most immediately recognizable and popular dish in anime, ramen can be made in multiple ways, but has been commonly made with noodles, broth, boiled eggs, rice and different toppings. It gained popularity after featuring in the long-running anime series Naruto. Ramen gained such a reputation as a must-have food that the popular manga Ramen Daisuki Koizumi-san, which follows a ramen connoisseur searching for Japan’s best ramen, has been turned into an anime that started airing in January 2018.