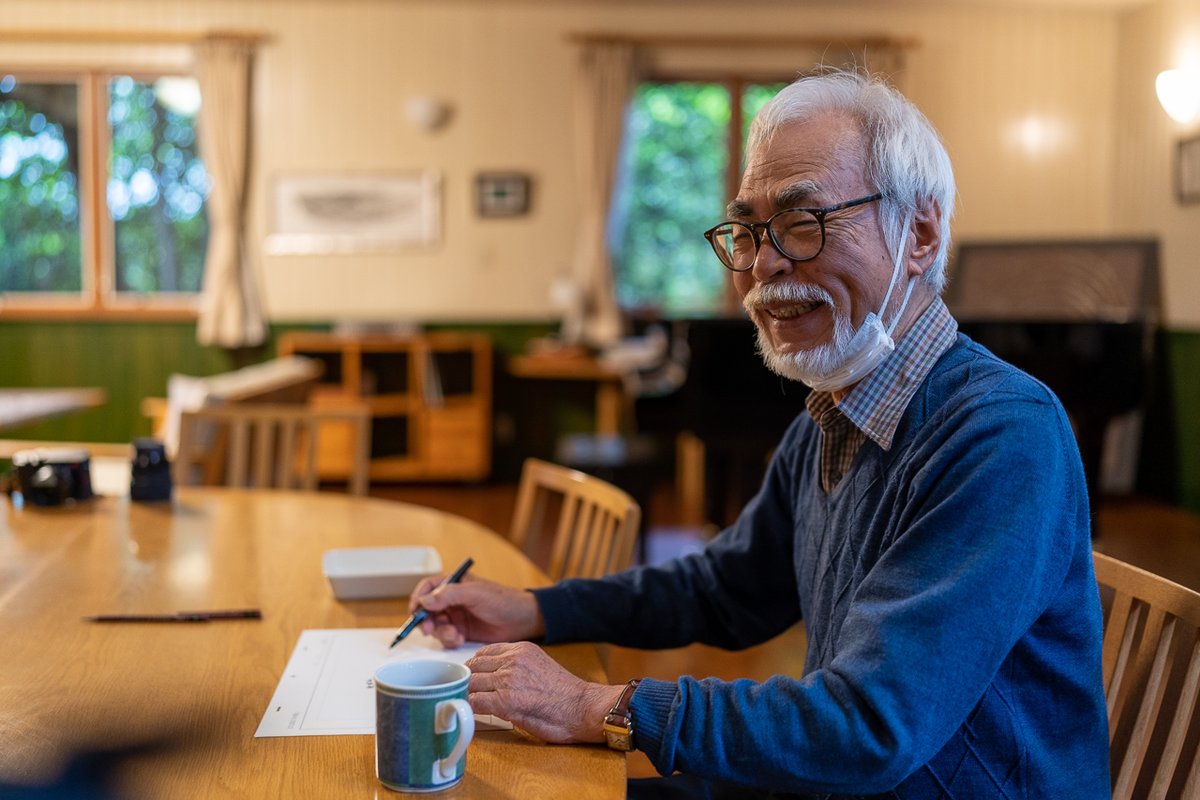 The official Studio Ghibli Twitter account shared Miyazaki’s illustration online. His tiger takes on the decidedly unthreatening form of a more docile, large cat with round ears and whiskers. “We look forward to working with you this year,” the studio said in its post.

The account also shared candid photos of Miyazaki illustrating the tiger alongside his long-time collaborator Toshio Suzuki. The animator is lost in concentration and smiling for the camera in the collection of photos.

Suzuki, who co-founded Studio Ghibli, also made a zodiac-themed illustration. The post reads: “This is Tora-chan drawn by Mr. Suzuki.” Tora is the Japanese romanization of ”tiger.”

2022 will be a big year for Studio Ghibli and for Miyazaki especially. Recently, the director broke his years-long silence with the English press to talk about his next and likely final film, How To Live. Based on the 1937 novel of the same name by Yoshino Genzaburō, the film has been in production since 2016.

How To Live also marks the second time Miyazaki has left retirement to direct a film. The first time, the director cemented his place in the hearts of anime fans worldwide by making Spirited Away.