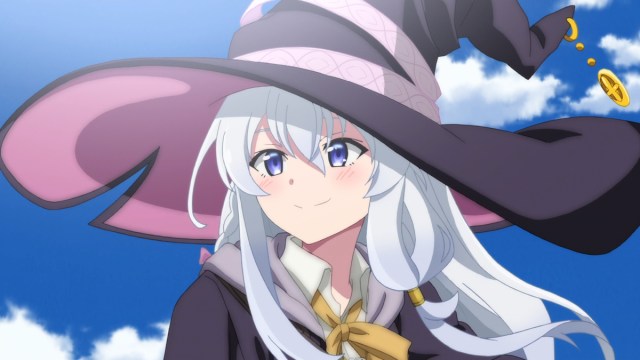 Warning: The following article contains spoilers for Wandering Witch: The Journey of Elaina.

Many adventure-fantasy anime revolve around the story of a heroic character with superb supernatural talent who selflessly saves others, often with no expectation of a reward or even thanks for their pains. Popular protagonists such as My Hero Academia‘s Izuku Midoriya or the Avatar series’ Aang and Korra easily fit into this mold, being willing to risk their lives and well-being for anyone in need at any time.

While various stories in the adventure-fantasy genre center this type of character, this isn’t the case for the witchy heroine of Wandering Witch: The Journey of Elaina. Whether the problem she encounters during her travels is a monster that requires slaying or a curse that needs breaking, wandering witch Elaina often fails to meet the classic expectations for a typical adventure-fantasy protagonist.

Based on the main character from Jougi Shiraishi’s light novel series, Elaina has many likable qualities. However, she isn’t the sort of heroine one expects to see at the forefront of this type of story. Ultimately possessing many appealing qualities, the wandering witch still falls surprisingly short of the stereotype of the adventuring, supernaturally gifted hero in a very important way, which sets her apart from most of the competition. How is the heroine from Wandering Witch: The Journey of Elaina different than expected?

Wandering witch Elaina in episode one of Wandering Witch: The Journey of Elaina

In the first episode of Wandering Witch, we meet a bright, cheerful, and imaginative young girl named Elaina, an unapologetic bookworm who loves to read adventure stories alongside her mother. Inspired by the exciting places and events in the books she has read, the ashen-haired girl soon decides that her destiny is to travel. When her mother reveals that she must become a witch to do so, it is only then that her mind turns toward magic.

The beginning episode shows our heroine to be intelligent, diligent, and determined in reaching her dream. She quickly reveals herself to be a child prodigy, becoming an apprentice at 14 and a mage at 18, a very young age to realize these achievements. Her relentless ambition to pursue her travel goal drives her to perfect her magic skills, and she’s even willing to put herself through grueling effort and discomfort to get there. It is this very strength that is her greatest weakness, at least according to her magic teacher, Fran.

Before she sets off on her journey, Elaina’s mother and teacher dish out some important advice, counsel that sets the stage for the her behavior for the remainder of Wandering Witch‘s 12-episode run. Fran encourages her pupil to erect boundaries around herself, telling her that she’s willing to endure too much, that it’s all right to say “no” when she reaches her limit, and that she shouldn’t be afraid to protect herself. Along the same vein, the wandering witch’s mother makes her promise to always run at the first sign of danger, avoid considering herself more “special” than others, and make sure she returns home someday to relate her adventures. In this way, the two people Elaina trusts the most shape her cautious attitude throughout her journey.

Wandering witch Elaina in episodes two through 12 of Wandering Witch: The Journey of Elaina

Throughout the remaining 11 episodes, our witchy protagonist almost never fails to heed her mother and teacher’s advice. While generally being kind, pleasant, and helpful, the wandering witch is also pragmatic to a fault, consistently placing her own survival and comfort at the forefront of nearly every encounter. After all, she set off on her journey to see the world and write about it, not to change or save it. As a result, she hardly ever compromises her safety for any purpose. She only generally gets involved in intense or dangerous situations to pay off a debt, to earn something of value, to satiate a personal grudge, to satisfy her own curiosity, or to save her own skin. In fact, the only times Elaina does anything out of altruism is when the deed seems to come at little cost to herself, or when she experiences an instant connection to someone special. Indeed, there are a few examples of times when she provides (or attempts to provide) meaningful help involving personal risk.

In episode two, our protagonist spends time helping struggling novice witch (and potential love interest) Saya practice for her magical apprenticeship exam. She clearly experiences a near-instant bond with the charcoal-haired girl, who, she reflects in her journal, reminds her of her past self, the self that worked so hard to win her mage badge. As the host of the inn Elaina’s staying at, Saya gives the wandering witch a generous discount, but it’s not a favor that Elaina requested, meaning that she was willing to help her anyway. Also, when Saya reappears later on in the series, the wandering witch displays an unusual willingness to take a risk for her friend’s sake, opting to destroy a king’s magical sword while the other girl takes on the guards, a much less dangerous endeavor.

Another instance in which Elaina takes a considerable risk for someone else in is during her stay at Mirarose’s castle. She initially refuses to help her fellow witch and host fight rampaging the monster, Javalier. Elaina readily admits to not being altruistic and only offering to help strategize, only going so far as to dig the monster-trap ditch and offering to cook upon Mirarose’s return. She ultimately changes her mind.

Coming out of hiding to see how the fight is going, she comes back out prepared to offer help (although she expresses the hope that she doesn’t have to). At one point, when she sees fire start to fall around her, she rushes forward on impulse, ready to aid the broom-riding princess. However, the wandering witch departs soon after the monster’s death, leaving the broken woman to her sorrow and madness.

Still another occasion upon which our titular witch takes a risk to try to help someone is during what starts out as a paid magical mission late in the series. She agrees to help lavender witch Estelle go back in time by 10 years and utilize her magic power to save her childhood friend. Forming the arrangement in exchange for considerable money as well as out of a desire to see the past, Elaina puts her life in danger trying to stop a tragic event from unfolding. She is crushed and traumatized when she proves unable to stop it, even leaving the money Estelle offered her behind, showing that there’s a side of her that does truly care about others.

There are times when the wandering witch indisputably puts altruism on the back-burner, offering only limited help or none at all when much more is needed. For example, in an early episode of Wandering Witch, the ashen-haired witch readily agrees to carry a maiden’s bouquet of flowers into the next town. She discovers that the colorful plants are poisonous to non-magic users, causing them to venture to the enchanted field after losing their minds to offer themselves as nourishment to the sinister blossoms.

Instead of immediately rushing back to save the girl she met, Elaina waits until the next day to return. Upon meeting the girl’s half-mad brother at the site of her now plant-ridden corpse, the witch almost decides to help him, but then inexplicably leaves him to suffer the same fate, flying off to the next destination while the rest of the townsfolk march toward certain doom. Then again, within the very same episode, when our heroine comes across a slave girl in a home she’s welcomed into, she opts to show small acts of kindness rather than do anything that’s truly meaningful. For a moment, with her wand held at the ready, she seems to consider doing something to the girl’s despicable master, but she ultimately fixes the dishes he was angry his slave broke. She departs not long after, seeking to justify her lack of action by citing a fictional story with the moral that performing selfless deeds can cause more harm than good, a trifling excuse for inaction in this case.

At moments like these, it’s difficult to root for Elaina. In the end, she’s not a fighter. Instead, she’s an adventurer, an emotionally repressed, overly cautious nerd who likes to hang out near pastry shops, read books and newspapers, write in her journal, study new cultures, and go sight-seeing. She’s neither a hero nor a villain, neither a Harry Potter nor a Voldemort. She’s a voluntary bystander and tourist, an “ordinary” witch and traveler, and a writer who prefers to scribble down notes rather than command the action.