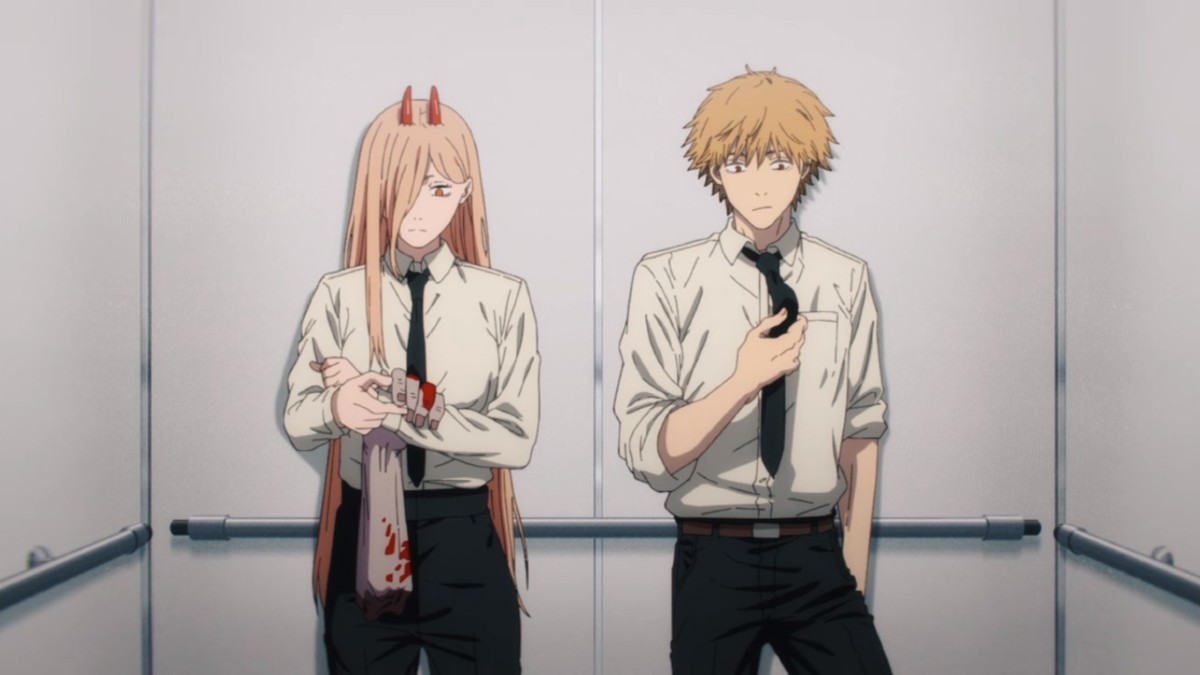 Chainsaw Man season one has wrapped up with a climactic ending with intense battles as Special Division 4 battles its enemies. For the most part, the series has remained faithful to the source material, but one important scene was not included in the anime.

Chainsaw Man covers 38 chapters of the manga, which is four volumes, and about halfway through volume five. The volumes are titled, Dog & Chainsaw, Chainsaw vs. Bat, Kill Denji, Gun is Mightier, and Minor. Overall, the anime has been well-received by fans and hasn’t strayed too far from the source material. It’s a stylistic show that doesn’t skirt around the bloodshed, but a scene involving Power was noticeably cut out from the Chainsaw Man‘s post-credit scene.

In the episode, Aki overcomes the Ghost Devil, which is being controlled by Akane. He remains calm and without being fearful, the Ghost Devil can no longer sense him, and the devil hunter cuts off the devil’s head. Akane is killed while in custody because she didn’t secure Chainsaw Man’s heart, and that broke her contract with the Gun Devil.

Denji fights Katana Man across rooftops and then on a train. Katana Man cuts off Denji’s arms, but Denji uses his leg chainsaw to split him in half He figures puts Katana Man’s like him, and he takes out his katana and puts his halves back together again to beat him up some more and Aki agrees to join him. Makima reports to the bureau and tells them about Gun Devil’s contract with Akane and that she arranged the terrorist attack, but before she could be questioned about it, she was killed by the Snake Devil.

The significant change takes place during the post-credit sequence. Both the anime and the manga show Denji’s dream where speaks to Pochita through a door and wants to pet him, but he’s told never to open the door. The anime has a scene where Aki leaves Denji and Power who have passed out and goes to smoke a cigarette and a scene where someone asks Denji if he’s a country mouse or a city mouse.

In the manga, Denji awakens after his dream and shouts, which wakes up Power. Power has grown new horns, and after Denji makes comments about them, Power punches him across the room. This surprises the two of them and signifies she’s gotten a power upgrade. This doesn’t mean that they won’t include this storyline when the show comes back for season two. It’s likely that they didn’t want to add in another storyline so they can fully explore Power’s character arc later.