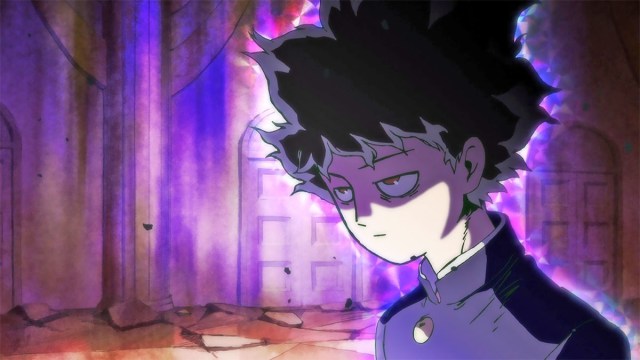 Mob Psycho 100 is a complex story about growth, development, and most of all, friendship. Following the story of Shigeo “Mob” Kageyama, the manga by ONE is about a young boy bestowed with psychic abilities. Mob Psycho 100 has a unique approach to the “special-one” trope often found in Shonen manga. Mob is absolutely nonchalant about his own powerful abilities and strength. This young boy is also a character who uses his own supernatural powers to help others and never for personal gain.

In spite of his calm demeanor, Mob is still a troubled child entering teenagehood, unable to control his emotions. Over time, Mob discovers that his powers are heavily tied to his feelings and state of mind, leading the audience and the young boy to start noticing patterns surrounding Mob’s increase in psychic abilities. For this reason, once Mob loses sight of his controlled emotions, it causes him to reach what is often called “100 percent Mob,” meaning that his powers reach what is expected to be his maximum capacity, becoming the strongest version of himself.

For this reason, Mob tries his hardest to keep his emotions at bay. Naturally, it is impossible for middle schoolers to fully contain their feelings, leading to the main character losing his sense of emotional stability a few times throughout the anime. Here are all of the moments, that led to Mob reaching 100 percent in the Mob Psycho 100 anime.

During season one, the audience faces a 100 percent Mob a total of four times. The first time we’re met with an explosive Mob is through the emotion, “Rage.” While facing off against a high-level malevolent spirit, he reaches his limit after Dimple laid bare his insecurities suggesting that Mob’s lack of emotion prevents the boy from creating meaningful relationships. This revelation of Mob’s insecurities made the middle schooler absolutely consumed by rage, obliterating a spirit that he wouldn’t have been able to defeat previously.

The second explosion came right afterwards during Mob’s altercation with esper Teruki “Teru” Hanazawa, deriving from “Sadness.” After getting hit with a conflicting set of ideals from someone so different from himself, Mob realizes that he may be nothing without his psychic powers. This explosion also marks the first time the audience is met with “???%” Mob for the very first time.

The third and fourth times Mob explodes during the first season are through the emotions “Animosity” and “Gratitude.” After Cadre Koyama, an evil esper, captured Mob’s brother Ritsu, after mistaking him for the main character, Koyama tortured and brutalized Ritsu. When faced with his brother being cruelly abused, Mob lost all sense of reason, reaching his 100 percent animosity explosion in record time.

The fourth and last Mob explosion occurred in the season finale during the psychic’s fight against Claw. As the last resort, Mob had to try and reach 100 percent, Reigen stops him in the nick of time, calming the boy down and allowing him to run away. Instead, Mob reaches his maximum, but rather than fighting, he transfers his energy to his master, who has absolutely no psychic abilities. This led Mob’s 100 percent to turn into Reigen’s 1,000 percent increase due to his spiritual awareness.

Mob Psycho 100 II is absolutely packed with action and fighting scenes, so naturally, Mob reaches 100 percent quite often. With a total of 12 times, Mob’s first half of the season explosions include the emotions “Courage,” “Murderous Intent,” “Obsession,” “Friendship,” “Rage,” “Ecstasy,” and “Shame.” The first explosion, derived from “Courage,” occurred during the fervent altercation between Mob and Mogami. After the latter trapped the young boy in an alternate reality, Shigeo lost his powers due to Mogami’s weird and extreme experiment. Hoping to break Mob’s spirit, Mogami tried to show exactly how cruel the world was, showing Mob how lonely he was during the six months he had been locked in this reality.

The cruelty from the real world shocked Mob. However, Dimple brought the boy’s rationale back into the equation, helping him realize that he still had friends and family who cared for him. This newfound realization led to Mob brimming with courage, reaching 100 percent from a positive emotion. This fight nearly led Mob to reach his “???%” state consciously, exorcising every single evil spirit in sight, and also giving the audience a glimpse into Mob’s conscious powers. The second half of the season includes explosions “Compassion,” “Sadness,” “Resignation,” “Determination” and “Kindness.”

Mob Psycho 100 III is just in its fifth episode, but Mob has already reached his maximum during a fight with Dimple. Once again, the spirit brainwashed the entire city to be worshipped as a god. Until the explosion, Mob’s percentage starts increasing little by little from the very first episode. However, upon discovering that the entity behind the Psycho Helmet cult leader was none other than his friend Dimple, the boy starts getting increasingly saddened and angered. After his powers were sucked in by the Divine Tree and onto Dimple’s body, Mob feels weakened, but it all changed the moment Dimple insults Mob’s shirt. The beloved and “stylish” monkey shirt Mob has been wearing was the last straw. Once he felt judged, he reached his 100 percent state.

Although this is not the first time Mob and Dimple have fought, the spirit has experienced firsthand the absolute powerhouse and danger that is Mob while at his alleged maximum capacity. Although Dimple was at an advantage due to stealing Mob’s powers, the boy’s psychic abilities appear to be not as finite as Dimple initially suspected, and the next episode will certainly let the spirit know exactly how powerful he really is.

Overall, there were a total of 17 Mob explosions throughout the first three seasons of Mob Psycho 100. As Mob gets more control over his emotions, he reaches 100 percent knowingly, and even “???%” consciously. As for the third season of Mob Psycho 100 III, it is currently airing every Wednesday at 12pm ET on Crunchyroll, with an imminent battle ahead.