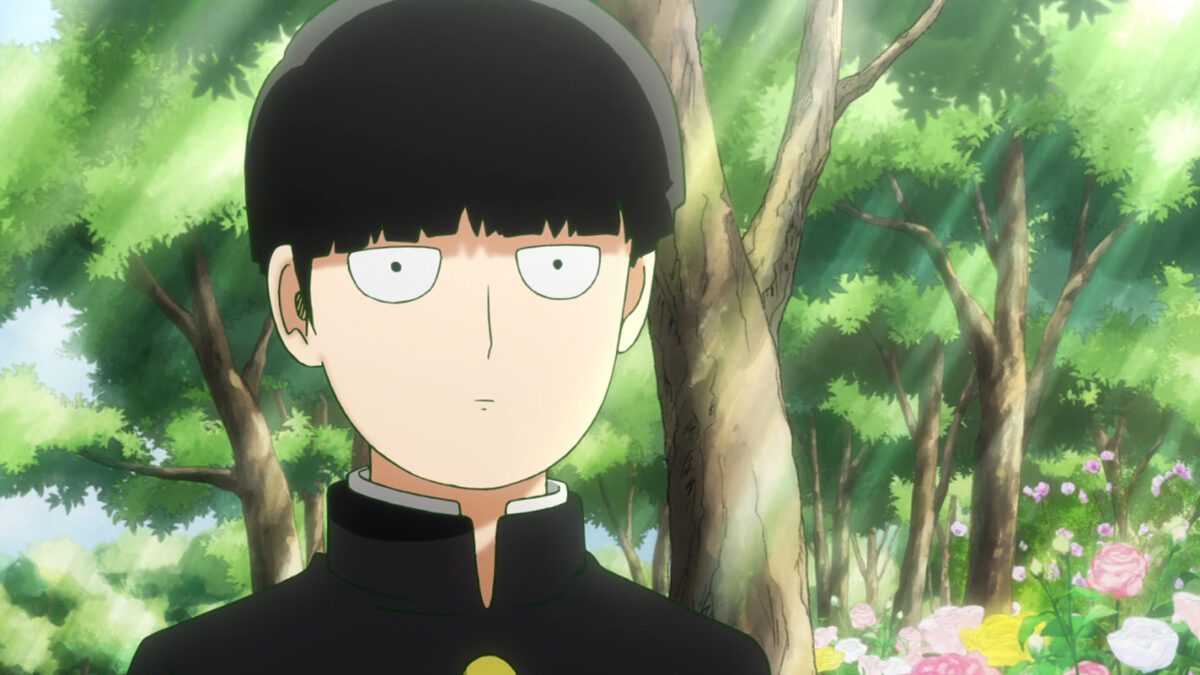 Mob Psycho 100 III just aired its final episode a little over a week ago, leaving fans wondering about the future of their favorite characters, and the possibility of a fourth season looming ahead. While it may appear that Reigen and Mob’s story still has a future ahead, especially after the possibility of the young pre-teen’s blossoming friendship with Tsubomu solidifying, the anime might just have seen its last moments ever.

The story written and illustrated by One was first released in a literary manga format in 2012. With a running time of five years, in which it produced over 15 volumes, Mob Psycho 100 saw its final chapter released in 2017. A year prior to its ending, the story earned an animated adaptation by TV Tokyo, with 2 seasons between 2016 and 2019. The third season of Mob Psycho 100 comprised the three last arcs into 12 episodes, including the very last scenes in the manga where the audience faces Reigen, Mob, and all those around them one last time.

So, is the Mob Psycho 100 anime over? Technically, yes. More often than not, when a manga is over, the anime will swiftly follow its literary counterpart after it finishes animating its last saga. While some animes are an exception to the rule — Crayon Shin-chan and Doraemon — it is safe to assume that Mob Psycho 100 has ended for good. While it may be a bittersweet goodbye, the last episode was packed with action, tears, and laughter, and We Got This Covered is here to unveil everything that happened in Mob Psycho 100‘s very last episode and all the details surrounding this action-packed episode.

The tenth episode of the third season introduced what would be the moments leading to Mob’s very last and most destructive explosion in Mob Psycho 100. As Mob gathered the courage to finally confess his feelings to Tsubomi Takane, his childhood crush who is moving towns, the young boy is hit by a distracted truck driver. Although normally attentive to his surroundings, Mob took note of the yawning driver who nearly hit a young child and pushed the kid out of the way, ending up at the tail-end of the truck.

His weakened, damaged body, alongside the emotional distress, leads Mob into the ‘???’ state that names the arc. In a completely destructive moment, the last two episodes show Mob’s power, to the point where the boy can’t even take control of his own body or will, overpowered by the side of his mind that is yearning for power release after years of continuously restraining his power for the sake of others.

In order to downsize the destruction surrounding Seasoning City, several outside sources attempt to control Mob, including Teruki Hanazawa, Toichiru Suzuki — who was previously locked up and was freed for the sole purpose of attempting to stop Mob — Ritsu, Reigen, and late-spirit Dimple. Only the latter managed to get Mob out of his trance.

Every single attempt to cease Mob’s rampaging power was characterized by each character who led their try. The first one to give it a go right from the start was Hanazawa. As Mob’s friend and a powerful psychic, Hanazawa took it upon himself to try his hardest to stop Mob, one way or another. In the end, in spite of his immense effort, the boy ended up being thoroughly defeated by Mob, putting his life on the line in the process. The best possible solution for this situation was to send someone whose powers would be equally as large as Mob’s: Suzuki. Unfortunately, this too proved to be in vain, although this villain got a good redemption arc after being defeated.

Out of the three first attempts, Ritsu’s was by far the most impactful for the fight thus far. Mob’s little brother introduces an entirely new side to the main character, adding even more depth to the stoic face the audience keeps watching week after week. Ritsu brings a new light to Mob’s childhood, sharing the boy’s struggles while keeping a straight face and low profile in order to protect himself and those around him. Ritsu wished for his brother to remain the same, with that hope manifesting itself in Ritsu reaching his 100 percent state – a never-before-seen feat. Although this is not strong enough to stop Mob altogether, he manages to obliterate the bouquet of flowers that Mob had been holding onto.

In a small and short scene, the Fitness club members try to stop Mob as well, and although this touches the boy, it proves to be fruitless once again. The final attempt comes through Reigen, Mob’s faithful friend, boss, and mentor. As previously seen, Reigen’s power may not appear in the form of psychic energy, but instead, in the gift of the gab, and has always managed to get through to Mob by using his words. While it did not seem like enough, since his clothes began to deteriorate due to Mob’s overwhelming force, yet another familiar face is added to the equation: Dimple. So here’s what happened.

While it may appear that he came out of nowhere, especially after everyone believed him to be dead (which, well, he is), Dimple’s presence never truly faded. His last remaining spirit began wandering around, eventually making its way into Reigen’s body, just in time to help his friend. The boy had grieved Dimple before, and seeing him again — in Reigen’s body nonetheless — Mob’s inner will begins to fade. Reigen admits his powers and everything he’s said up until this moment, were all lies. And even if Mob knew it all along, for the most part, it is enough to bring the boy into a halt and stop him in his tracks, finally ending the murderous stance he had been projecting, thus ending Mob’s final explosion.

Mob’s confession to Tsubomi and their friendship

At the end of the day, one of the moments that led to Mob’s final and most destructive explosion was his last opportunity for confession. His childhood crush Tsubomi, prior to leaving town, agreed to hear Mob and say goodbye one last time, giving him the perfect window for confession. Naturally, this would end up taking a turn for the worse when Mob was hit by the truck on his way to Tsubomi, treasuring the bouquet he had been holding for the entirety of his rampage.

Once the boy finally managed to come out of his trance, he remembered his prior agreement to meeting Tsubomi at the park, and even if it was unlikely that she would be there — especially considering the city had been left in ashes — Mob still insisted on heading to the park. Much to everyone’s surprise, Tsubomi was sitting on a stool, awaiting Mob amid all the rumble left behind, and in an off-screen moment, the boy confessed and was promptly turned down. Tsubomi admitted to having never seen Mob as anything more than a friend.

Afterward, Mob returns to Dimple and Reigen’s side, breaking down in tears after sporting a small smile. Above all, he understood and respected Tsubomi, even if it felt as if the world was crumbling around him- just for a little. In spite of confessing his feelings and being turned down, Mob and Tsubomi still promised to talk on the phone from time to time, and through a small moment, the audience sees the two of them on the phone, catching up on life.

The ‘???’ explosion wrecked the entire Seasoning City, including houses, buildings, and even parks and forests. Mob’s power was so destructive that the city had to be rebuilt from scratch by several psychics and former espers who put in the effort of building everything back in its place. The moments after the explosion finally ceased show the aftermath of the destruction, and most of all – Mob’s own growth as a person, student, and friend.

Right away, the audience meets back up with the Telepathy club, who against all odds confirm the aliens will be returning – however whacky that may turn out. The Body Improvement Club, in a surprising turn of events, is now led by Sagawa and Mob. Although the boy isn’t as physically endowed as his mates, he worked harder than anyone, managing to be head of the club that he didn’t even know he liked or belonged on.

Lastly, before heading to the final scene, Mob invites Ritsu to be a part of his club, even though his brother turns down the offer in favor of being vice president of his class. In addition to Ritsu’s appearance, Hanazawa appears again, showing major improvement from when the audience last saw him. Prior to this scene, Hanazawa had appeared completely naked, drained, and battered from his attempt to stop Mob. Joining the two brothers, the trio now share a newfound peace and normalcy after the events.

The final scene, and likely the last time we’ll see Mob, Reigen, Dimple, and Ritsu, came in a tearful, albeit giggle-inducing moment. Several characters whom the audience has met appear one by one at Reigen’s office. Now also working at the Spirits and Such consultation office, Kurata joins Seriwaza and Mob under Reigen’s leadership, but as a secretary. Mob’s loyal friends from school, Ritsu, Hanazawa, Sho Suzuki, and Mob are all seen pacing around the room as the scene starts building up suspense, and everyone gathers around getting all the preparations back in order.

As they notice Reigen’s presence is nearing them, the group starts hiding as the man walks into the room, complaining about his previous client. Accompanied by Dimple, Reigen is suddenly faced with the group of people he unknowingly took under his wing, and all the kids he adopted along the way – even if he didn’t notice. The group gathered to show appreciation to Reigen one last time, wishing him a happy birthday.

Leaving Reigen in tears — or allergies as he’d call it — Mob’s cheerful laughter fills the room upon seeing his mentor and friend being teased and loved by everyone he knows. At last, the audience says one last goodbye to the two characters who led this heartwarming series, with a proper last show of appreciation to Reigen, who unknowingly changed the lives of hundreds of people in Seasoning City.

So there you have it. The episode was packed with information, proving to be the gift that kept on giving – until no more. Mob Psycho 100 is officially over in the manga, and the animation is very likely to follow suit. Perhaps, who knows, One may wish to bring the characters back from time to time, we shall see.

Mob Psycho 100 can be streamed on Crunchyroll.