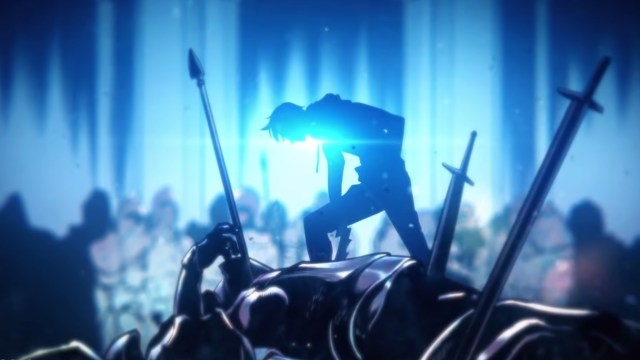 One of the world’s most popular manga is set to get an anime adaptation.

That’s right, Solo Leveling is officially coming to the small screen. The mega-popular webtoon has been expanding its fanbase for years, as it transitioned from digital manga to webtoon to printed release. Set to make its biggest transition yet, it shifts once again to tell its story via our television screens.

The series takes place in a supernatural world in which magically-gifted humans fight against terrifying monsters for the future of humanity. The main character, Sung Jinwoo, is initially unremarkable, but eventually finds himself graced with a unique ability; he is able to level up his abilities through combat, poising him to surpass all the other known hunters in skill. In anime form, it promises plenty of action-packed fight scenes and exploration of the world’s varied dungeons.

Fans have been clamoring for an anime adaptation of the supernatural series for years now, as the fanbase behind the comic continues to grow. Swirling rumors have hinted toward an on-screen adaptation for some time now, but without confirmation, fans were left wanting. That is until far more concrete reports emerged that an anime was in active development.

The reports initially stemmed from Anime Senpai, an anime-oriented news site that reported on a domain that appears to indicate the intention for a Solo Leveling anime: sololeveling-anime.net. From there, the AnimeHype Twitter account caught on and spread the news even further. The account is largely credible, particularly when it comes to anime news.

There is no official confirmation from a studio or the creators behind any of the existing Solo Leveling content, but an anime seems like the next natural step in the story’s process. It’s already hugely popular, even without an anime, and a televised adaptation is sure to bring in even more devoted fans.