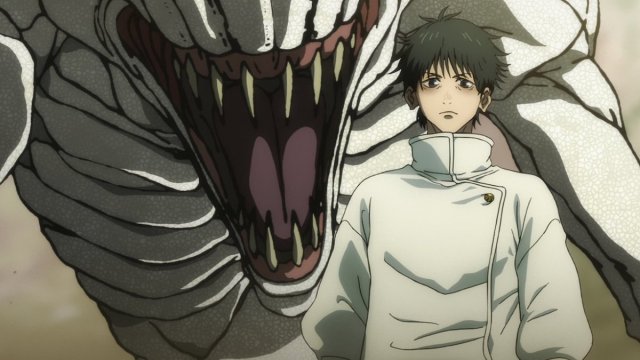 Directed by Sunghoo Park, Jujutsu Kaisen 0 is a movie prequel to the successful first season of the anime series, titled Jujutsu Kaisen, and the manga series by the same name. After its mindblowing success in Japanese box offices, the movie hit U.S. theaters on March 2022, and, of course, an English dub was produced. The voice cast includes some well-known names in the anime dub industry, with some returning cast members from Jujutsu Kaisen’s first season, as well as some new additions.

For those who already watched the movie, and are familiar with other dubbed anime, some voices in the cast may have rung a bell. Thankfully, there’s no need to rack your brain for answers anymore. Here you’ll find the main voice cast members’ names and some of their most popular works.

What is the movie about?

Jujutsu Kaisen 0 follows the story of Yuta Okkotsu, as he struggles with being haunted by the vengeful spirit of his childhood friend, Rika Orimoto. As an 11-year-old, Rika made the protagonist promise to marry her, not knowing that would never come to pass, as Rika was hit by a car before Yuta’s very eyes, and became a cursed spirit. The movie deals with Yuta’s years-long haunting and his journey to breaking Rika’s curse, as he joins Jujutsu High.

Who is part of the voice cast?

With a background in musical theater, Kayleigh McKee has been active in the dubbing scene since 2016, when she decided to pursue training in voice-over. As a trans woman, McKee chose to specialize in both masculine and feminine voice dubbing, which allows her to play very diverse roles. Besides Jujutsu Kaisen 0, some of her most significant roles include Matthias in The Strongest Sage With the Weakest Crest, Pina in Beastars, Itaru Saito in The Prince of Tennis II, as well as a participation in JoJo’s Bizarre Adventure: Stone Ocean, where she voiced a prisoner.

Anairis Quiñores’ voice acting career started in 2009, freelancing for smaller projects, as well as YouTubers, but it wasn’t until 2018 that her trajectory veered toward the anime world. Some of her best-known roles in anime include Mirko from My Hero Academia, Hinatsuru from Demon Slayer: Kimetsu no Yaiba, and Yelena from Attack on Titan: The Final Season. The voice actress’ work has also recently been recognized with nominations for the Crunchyroll Anime Awards for her roles in Re: Zero – Starting Life in Another World, as Echidna, and Wonder Egg Priority, as Rika Togetsu.

With a theater background, Allegra Clark is a voiceover actress and improv artist fluent in English, French, and Italian. Clark has a very extensive voice acting repertoire, including animation, live-action, and most prominently, video games. But that’s not all, as Clark has also extended her talent to the anime scene, where she’s best known for voicing Slan in Berserk, Gin Akutagawa in Bungo Stray Dogs, Alex Garcia in Kuroko’s Basketball, Aishela in Sailor Moon Sailor Stars, Derieri in The Seven Deadly Sins, and Elsa Kanzaki in Sword Art Online Alternative: Gun Gale Online.

Active since 2003, Xander Mobus’ voice acting career started in the world of video games, with MapleStory. It wasn’t until 2012 that Mobus would get his first work in anime, with Kuroko’s Basketball. Some of his other roles include young Madara Uchiha in Naruto: Shippuden, Momoshiki Otsusuki in Boruto: Naruto Next Generations, Kinka in Yashahime: Princess Half-Demon, Terence T. D’Arby in JoJo’s Bizarre Adventure: Stardust Crusaders, Bean and Welfin in Hunter x Hunter, and Yusuke Sakurai in Mob Psycho 100.

Matthew David Rudd has a career not only as a voice actor, but also as a film and tv actor, being able to play very diverse roles, with different accents and dialects. Rudd’s career as a voice actor started in 2010, with the video game Heroes of Newerth, and has since branched out to anime. In this area, he’s voiced many characters, like Shishido in My Hero Academia, Leaky Eye Luca in JoJo’s Bizarre Adventure: Golden Wind, The Salamander and The Utopian in Super Crooks, Reijiro Nakatomi in Case Closed: The Fist of Blue Sapphire, and Dahlia in The Seven Deadly Sins: Cursed By Light.

Kaiji Tang is a Shanghai-born voice actor currently based in the U.S. While he admits that voice acting hasn’t always been part of his plans, this profession fits him like a glove, and he’s been active since 2005. Although he’s best known for voicing Pikachu in Detective Pikachu, and Tom in Tom & Jerry, Tang has also leant his voice to other well-known characters, like Osamu Dazai in Bungo Stray Dogs, Big G in Doraemon, Jin Kazama in Tekken: Bloodline, Vegeta in Dragon Ball Super, and Nobutaka Osanai in Tokyo Revengers.

Active since 1996, Lang started performing at the incredible young age of seven and has a background in music, stand-up comedy, and theater. He has voice directed a few animated works for huge studios like Sony, Warner Bros. Pictures, Cartoon Network, and HBO; however, Lang’s voice acting career is what he’s best known for, having received two Daytime Entertainment Emmy Awards for his work. Some of his voice acting roles include Tow-Line in Transformers: Robots in Disguise, Teuchi, Tsubasa, Hayate Gekko, and Jigumo Fuma in Naruto, Marechiyo Ōmaeda and Runuganga in Bleach, Flashy Flash in One Punch Man, Egor and Shu Aozaki in Durarara!!x2, as well as Goku and Goku Black in Dragon Ball Super.

Hopefully, with this article you got to know a bit more about the English voice cast of Jujutsu Kaisen 0, and you’ll be able to place where you’ve heard these voices before. With a main cast full of voice actors with diverse works under their belts, surely even those with a less extensive knowledge of anime will recognize a fair amount of these projects; be it from watching it themselves, or by simply hearing about it due to an anime’s huge popularity.