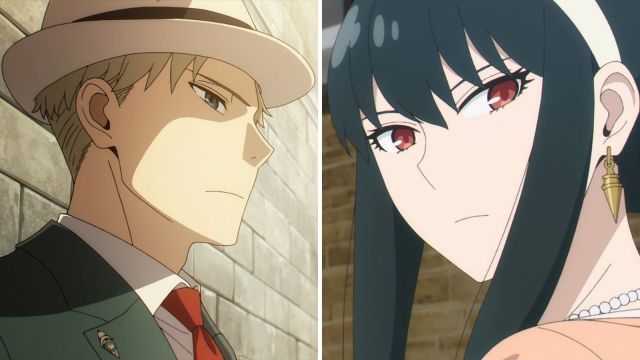 Images via Crunchyroll
Review of:

Spy x Family is still going strong, with the story gaining more and more popularity with each passing week. The series focuses on the Forgers, the make-believe family created by Loid in order to complete his mission, Operation Strix. Like any other spy story, Spy x Family involves great action scenes, and naturally, strong characters to play those scenes out. Among them, Loid and Yor stand out.

The married couple is nothing short of deadly, with each of them having a unique set of skills acquired from their respective lines of work. This begs the question of which of these characters is stronger, and what would happen if Yor and Loid were to turn on each other? Could a trained spy defeat a skilled assassin?

Which of the Forgers would win in a fight?

In episode five of the anime, “Will they pass or fail?”, viewers got a taste of what a fight between Yor and Loid would look like. While going along with Anya’s game, Loid plays the child’s favorite cartoon character, Bondman, and is forced to confront Yor, who plays the evil witch. Since Yor drank more than she should have, she takes the game too seriously and spares no effort in attacking Loid. As Loid struggles to defend himself from Yor’s impressive attacks, he thinks about how strong she is, and considers that Yor might end up killing him. Luckily, one of Yor’s heels breaks mid-fight and she falls to the floor, promptly falling asleep before dealing a major blow. Despite being played for laughs, this scene is very telling, since Loid admits that Yor could best him in a physical fight while inebriated.

It’s important to consider that during this confrontation, Loid was focusing solely on defense, thus not trying to fight back. We don’t know what the outcome would be if Loid decided to attack but the fight might have been more balanced had he done so — if he got the opportunity to, that is. By working as a spy, Loid has had his share of combat experience, and we have seen him fight enough times to know he’s not helpless by any means. In addition to having good fighting skills, Loid is incredibly intelligent and could use his wits to even out the playing field when battling his wife.

On the other hand, in this scene, Yor was not fighting at full capacity due to her inebriated state, so if we ever see her turn on Loid without this disadvantage, it’s safe to assume that Yor will win in a close combat fight. While she’s not as good of a tactician as Loid, she has more battle experience, and can easily kill anyone without breaking much sweat. Her years as an assassin have turned her into an impressive and ruthless fighter, in addition to building up her strength. This means that in hand-to-hand combat, Loid would likely not stand a chance against Yor’s brute force and quick, relentless attacks.

Taking everything into consideration, it’s safe to say Yor is stronger than her husband, and likely also the strongest character we’ve seen in Spy x Family so far. The story is still ongoing, though, so equally strong characters might come along. New Spy x Family episodes are currently being aired every week on Crunchyroll.