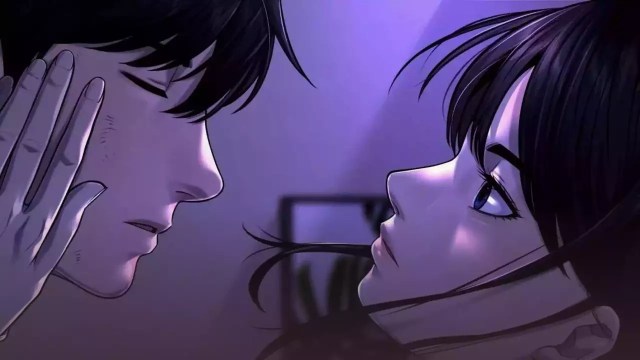 Quest Supremacy is a manga that tells the story of Kim SooHyun, an ordinary and relatively weak high school student who suffers bullying at the hands of his schoolmates. His only escape from his frustrations is gaming, and when he wishes he could be as strong in reality, he awakens the next day to have his wish granted.

Armed with a new set of powers and skills, he begins to receive quests and rewards that will lead him to the top of the school’s ranks. Here are 10 manga/manhwa that deal with bullying of some sort, and usually have a protagonist who becomes stronger to face his fears and opponents.

Yeongha is a new transfer student, making him the perfect target for his school’s bullies. As he grows tired of being a punching bag, he chooses to fight back, only to realize he is quite powerful. Soon, he makes it to the top of the food chain and becomes comfortable in his new title. Yeongha crosses paths with Kang Suho, the reigning champion of PvP games, who destroys him and his crew while playing, sending them back to the bottom of the school’s ranking. After suffering a beating at the hands of his newfound opponent, Yeongha decides to join the PvP games in a bid to get back his honor.

Ha Do-wan is the unlucky game shuttle for the school’s bully and is threatened into playing games without sleep for a week. The exhaustion leads to his death, and the protagonist wakes up to find he has been transported to the past — exactly a week before his death. He encounters a floating instruction guide in front of him and is tasked with using the skills he has learned from constantly playing games to defeat his bully. If he manages to beat his opponent, he would obtain a skill, and thus begins his journey to emerging victorious.

This manhwa follows the life of an infamous teacher named Na Hwajin who is skilled in martial arts and goes about life with a charming demeanor…until he encounters school bullies or corrupt teachers. Known for his violent methods of punishing delinquents, not a lot of schools are willing to employ him. However, when regular disciplinary methods don’t seem to work on the problematic ones, Na Hwajin becomes their only hope. The administration is forced to bring in the extremely intelligent Hwajin to give the students and teachers some much needed toughness.

A heavily bullied high school student, Yoo Hobin, comes across a strange NewTube channel where a man in a chicken mask teaches his subscribers how to fight and defend themselves. Intrigued, Hobin goes through the first lesson and executes the learned moves on his bully the next day at school. After a shocking success, Hobin decides to continue taking the fighting lessons to be able to fight and protect himself whenever he is threatened with an attack. He opens a NewTube channel of his own and live streams his fights to make money.

Separated from his family at a young age due to a plane crash, Yu Ijin grew up as a child soldier and mercenary. He eventually reunites with his family after a decade and tries to live his life as a normal high school student. Ijin’s plans of peace become thwarted by forces that threaten the safety of his family, but armed with knowledge and skills from his past, he must rise to the plate and protect those closest to him.

In a school on the outskirts of Seoul, a boy named Park Hyung Seok is heavily bullied for being overweight and subjected to terrible name-calling. Frustrated with the bullying, he moves into the city with plans to transfer to a new school. Before his transfer is completed, he wakes up one night to find that he has switched bodies, and is now a tall and handsome boy. Now possessing the ability to swift back and forth between his regular and new physical state, he decides to go to school with his new appearance, and use his original body for part-time jobs at night. Hyung Seok soon finds that good looks can get you a lot of benefits in this world, and is a stark contrast from being looked down on when one doesn’t fit into conventional beauty standards.

Girls of the Wild’s

High school student Song Jaegu struggles to care for himself and his siblings after being abandoned by their mother, leading to a perpetual fear of women. After a stroke of luck, he gains a three-year scholarship to Wild’s High School. Formerly an all-girls private school, Wild’s is famous for having renowned martial arts champions. The school attempts to use the new boys to reform their female students, but Jaegu soon finds that he is the first and only male student in a school full of beautiful yet deadly girls. He must find a way to survive the next three years.

Yusung Technical High School is a school full of delinquents and is nicknamed the school of future criminals. With barely any students with a will to do well academically, Yoon Gamin is caught in a tight spot. Wanting to get into a good university, but constantly being rejected from other study groups, Gamin forms a group of his own. Luckily, his former tutor, Hankyeong comes to Yusung Tech in hopes of gaining her teaching certificate, and together, the two strive to fulfill their near-impossible dreams.

Sejun is a good-natured and peaceful high school student, but when he finds his best friend in the hospital after she had been beaten by bullies, he goes through a transformation. Sejun dedicates the time to learning jiu-jitsu, and when he discovers the police have not made any progress with his friend’s case, he decides to go after the bullies himself.

In a school ruled by the strong who bully the weak, a mysterious boy called Gray transfers into the school. To all, he is a weak-looking nerd, but unbeknownst to the students, he holds a secret — he is a fearless and brutal fighter. Word of his power spreads throughout the school, and he begins to acquire opponents looking to defeat him.