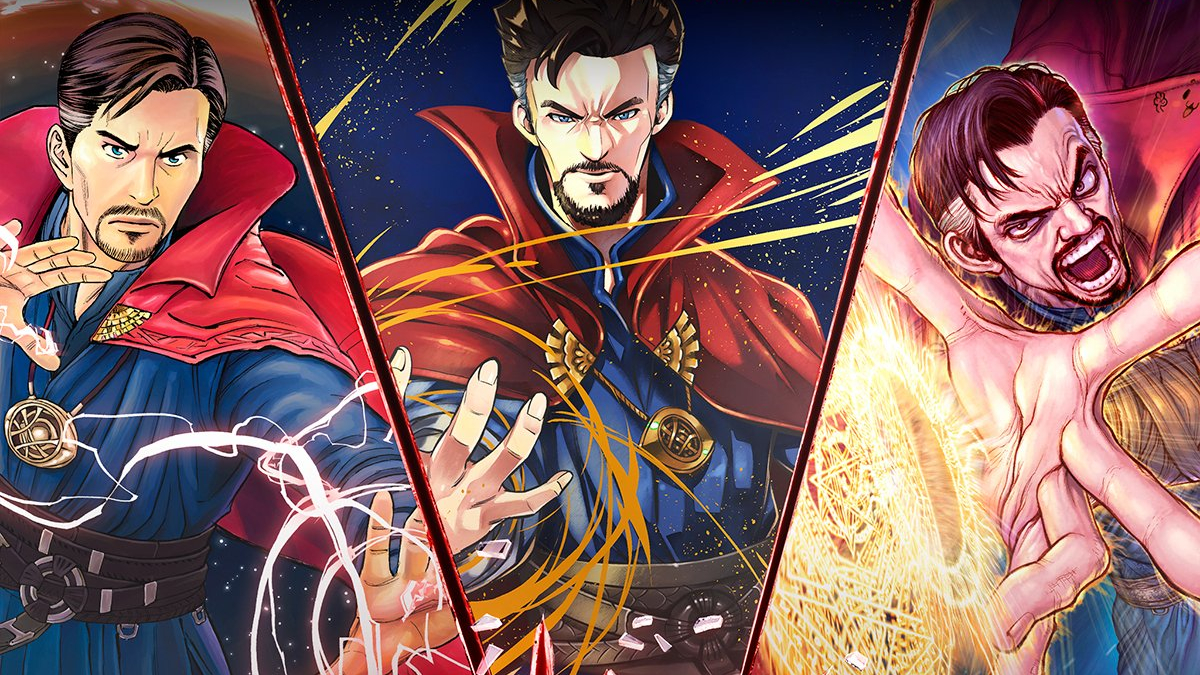 The Japanese Twitter account for Marvel Studios shared new artwork in anticipation of the release of Doctor Strange in the Multiverse of Madness this week. An image posted online featuring illustrations by manga artists Chūya Koyama, Hiro Mashima, Boichi shows three interpretations of the sorcerer in the upcoming film, out May 4 in Japan.

Chūya Koyama is best-known for creating the ongoing manga series Space Brothers about brothers with ambitions to become astronauts in the Japan Aerospace Exploration Agency, serialized since 2007. Koyama’s artwork has been celebrated previously with a trip to space. In 2016, a Japanese rocket carrying a weather satellite was decorated with large manga panels from the Space Brothers, per the AFP via phys.org.

Hiro Mashima is the creator behind the bestselling fantasy series Fairy Tale, as well as the creator behind popular manga Rave Master and the ongoing Edens Zero. Mashima recently wrote a new manga volume based on Square Enix’s Gate of Nightmares mobile game in Weekly Shonen Magazine this year.

Boichi is the award-winning artist behind Riichiro Inagaki’s recently-adapted post-apocalyptic manga series Dr. Stone. He was originally a Korean manhwa artist, but began working on manga for Japanese audiences in the early 2000’s with series in Sun-Ken Rock and is currently working on the One Piece episode A manga.

Doctor Strange in the Multiverse of Madness releases in U.S. theaters May.