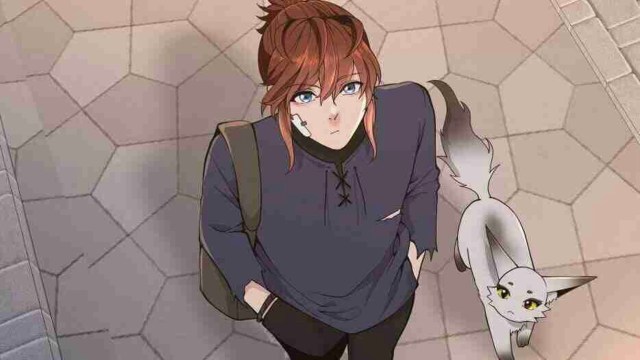 The Beginning After the End is a manga that tells the story of the powerful and wealthy King Grey, who suffers a mysterious death and is reborn into a magic world and takes the body of Arthur Leywin, a magic-wielding child. Armed with the knowledge of his previous life as a wise king, as well as advice from his adventurer parents, Arthur begins a journey into this new world of magic and mythical creatures.

If you have read the popular TBATE, and are in search of some similar manga stories that fall under the isekai genre, here’s a list of 10 manga with fantastical, mythical, and unique characters, creatures, and worlds.

This South Korean webtoon comic follows the life of Twenty-Fifth Bam, a young boy who has lived his entire life trapped in the darkness beneath a massive tower. He meets and befriends Rachel, a girl who had mysteriously found her way into the tower. She then tells him the story of a god at the top of the tower that can grant the wishes of whoever makes it to the summit. As she sets off, Bam vows to be with her no matter what and begins a fierce and deadly competition to make it to the top of the tower.

In a world filled with terrifying monsters and hunters that exist to conquer them, an E-rank hunter named Sung Jinwoo tries everything to achieve a higher rank. After a horrific team raid gone wrong, Jinwoo wakes up in the hospital as a very powerful S-rank hunter. He must then go on to conquer monsters, and dungeons while aiming to level up to become the most powerful S-rank hunter in the world.

The Archmage Returns After 4000 Years

4000 years ago, Lucas Trowman was the greatest archmage to exist but was damned to losing his mind for all eternity by a demigod. In the present day, he awakens in Westroad Academy for mages, but in the body of its weakest student, Frei Blake. Lucas notices that the world of magic has barely changed since he was alive and so decides to regain the highest levels of his power and embarks on a mission to find out why he has been released from his exile.

Kim Dokja is the only reader of the novel, “Three Ways to Survive in a Ruined World”, and stays reading until the end of the novel. Eventually, the world of the novel merges with the real world, and Dokja is the only one with the knowledge of how to survive in this new world. In an attempt to quickly bring the fictional story to an end, Dokja joins the protagonist of the novel’s story and his party. The team faces increasingly deadly situations to defeat the entity that wants to end the world.

Hyuk Woon Sung and his master, the world’s strongest spearman, are framed for possessing and studying a book on demonic arts. The two are put to death by the leaders of the Orthodox sects for the severity of their crime. Woon Sung dies in the presence of his master’s divine treasure, a spear with unknown powers, and is reborn as a disciple of the Cult of Heavenly Demon. Woon Sung then swears to find the person behind the framing and get revenge for himself and his master.

Fate Barbatos is a castle gatekeeper who had obtained a strange skill at birth that made him constantly hungry. He soon finds that this skill of gluttony has the power to feed on the soul and powers of whoever he kills, thus momentarily satisfying his long and mysterious need. However, the major problem posed to Fate is that his gluttony continues, meaning that he continues to hunger for the souls and powers of others. When in a state of starvation, he would go berserk and feed on anyone around him.

In a world filled with dungeons and monsters, and players who defeat these creatures, Kim Woojin is a member of a guild dedicated to maintaining peace. However, things take a turn for the worse after he is betrayed and killed by his guildmates, led by his closest friend. When he is transported to the past, he embarks on a revenge mission to kill the supposed hero who actually seeks to rule the world as emperor.

Kim Rok Soo, an ordinary high school student, wakes up and realizes that he has been transported into a novel he had been reading — not as the main character, but as the “trash” firstborn of the Count’s family whose death is near. He decides to take advantage of his new identity as Cale Henituse and use his knowledge of the story to keep from dying. He also begins a journey to make a lot of money and live a simple life away from the upcoming war.

A Returner’s Magic Should Be Special

The Shadow Labyrinth is the most catastrophic existence mankind has ever faced as it has wiped out humanity, leaving only six survivors. Desir Arman is one of the six humans left, but as he and the others try to conquer the last level of the dungeon, they fail and are killed. Desir wakes up and finds himself 13 years in the past. He uses this opportunity to reunite with all his former friends and comrades to try and change the future and save the world from total annihilation.

Kasiya del Roman has lived her life as an assassin without human emotions and as a tool to her master. However, in her final moments, she is discarded like an old rag. She then awakens on a battlefield in a magical new world and manages to escape the fight. As she comes to terms with her new reality in this new world, she is faced with a choice: to live her life as she did in the past or start afresh and find happiness.