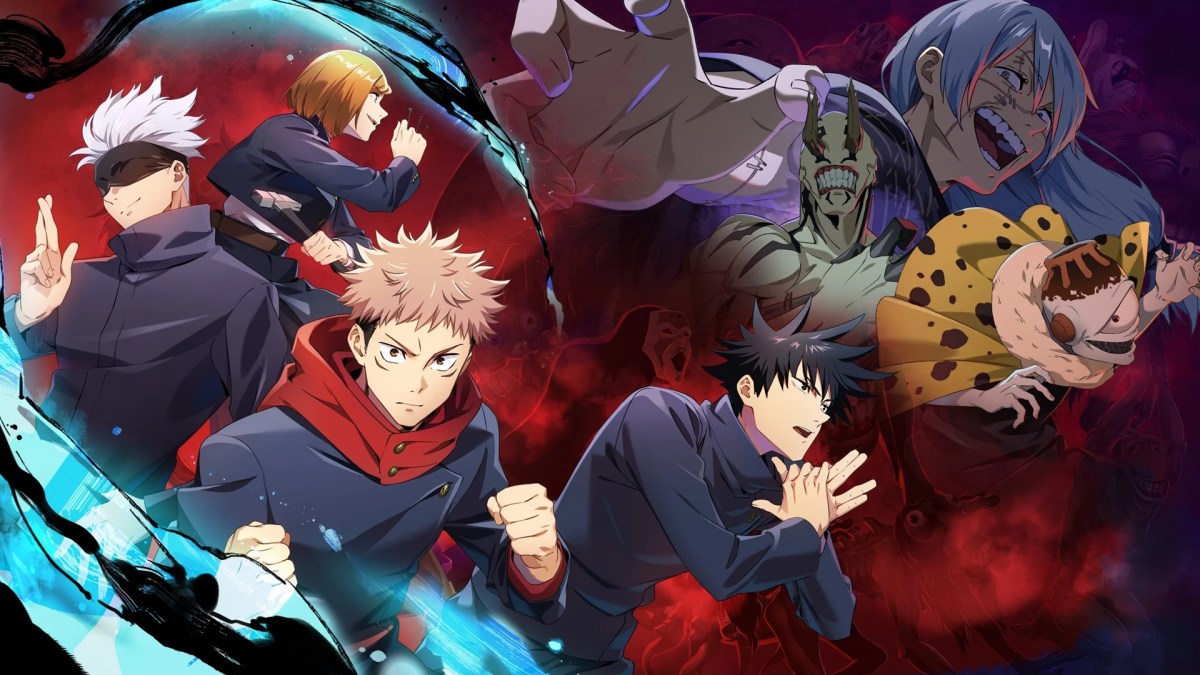 Jujutsu Kaisen is one of the most popular anime and manga series of today. Spanning 192 chapters, there is a ton of content to binge in this franchise and of course, plenty of powerful characters to meet, but who is the strongest?

To answer this question we will be drawing from all of the manga up until the time of writing this and as such there will be spoilers for those who are anime-only fans.

If you’re up-to-date on the Jujutsu Kaisen manga or happy to hear about some of its characters and events, then here is a look at 10 of the strongest characters in the world of Jujutsu Kaisen.

While he is far from the most powerful character in Jujutsu Kaisen, Megumi continues to improve and has showcased some incredible power so far in anime and manga.

While Megumi’s main tool for his offense is his cursed spirit manipulation which allows him to summon animals to battle alongside, he is also incredibly skilled with weapons much like his father was.

We also got to see Megumi’s domain expansion, the Chimera Shadow Garden, which will become an extremely powerful tool once he is able to master it.

The true power of Maki has been hidden from those who have only seen the anime, but manga readers will know that she is without a doubt one of the most powerful sorcerers in the series right now.

Thanks to the sacrifice of her sister Mai, Maki absorbed all of the twin’s cursed energy which gave her a massive strength boost – enough to exterminate the Zenin clan, even defeating many of their senior members.

Her skill set is based around weapons and she is a master of combat – both hand-to-hand and using cursed tools.

Urame is a character that much is unknown about at this stage in Jujutsu Kaisen, however, we do know they are incredibly powerful. An antagonist alongside Kenjaku and Sukuna, Urame has incredibly cursed energy which provides the power to manipulate ice.

While not all of their powers are known Urame can produce reverse cursed energy, manipulate ice to take on foes at all ranges, and quickly come to the aid of allies. At this stage, it’s anyone’s guess where Urame will wind up placing on this list, but for now, from what we know number eight seems reasonable.

Another character that we are yet to see the full strength of is Mei Mei. Like many entries to this list, Mei Mei is incredibly skilled with weapons, but it’s her cursed manipulation that makes her one of the most powerful.

Mei Mei has the ability of Black Bird Manipulation which can imbue crows with cursed energy allowing her to use them for offense at a distance to scout incoming threats. As mentioned prior, we haven’t seen a lot of this power, but from what we have it looks to be incredibly effective.

Again, a mostly unknown character has made their way onto our list, but it’s for good reason. Tsukumo Yuki is one of only four special-grade sorcerers and was a key figure in the development of Todo and Geto.

Yuki leaps above Urame on our list as we saw the two exchange in the manga and Yuki was able to easily repel the ice attacks being thrown her way. As we get to further know the character it will become clear exactly why she is classified as a special- grade sorcerer, but for now, this is all of the information we have to go on.

While he lacks your typical skills in Jujutu sorcery, Toji Fushiguro lands a spot in our top five as he is the only character we’ve seen so far take on and defeat Gojo’s six-eyes ability while at the same time defeating Geto.

While the pair was young, Toji defeated Gojo and Geto both at the time being respected as two of the strongest sorcerers in the land. What makes Toji so powerful is his skill for planning an attack, knowledge of Jujutsu, incredible weapon skills, and resistance to cursed techniques.

Toji has no cursed energy of his own but he carries around a cursed spirit that stores his variety of weapons used during battle. With this skillset and arsenal the “Sorcerer Killer” is one of the most powerful characters in the series.

We’ve chosen to list Geto with Kenjaku as the latter has taken control of Geto’s body and gained access to his cursed spirit powers.

Kenjaku is a thousand-year-old sorcerer who has been able to live by implanting his brain into the bodies of powerful sorcerers over the years. He chose Geto for this reason as he has access to extremely powerful cursed spirit manipulation.

Like Yuta, Kenjaku has mastery over reverse cursed technique and he has also shown the ability to reshape the souls of others and perhaps himself. While we’ve seen Kenjaku pull off some incredible feats inside Geto’s body, it still isn’t clear what the full potential of his power is.

The argument could be made that Kenjaku belongs above Yuta, but at this point, the pair would seem to be at similar power levels.

Without a doubt, Yuta is one of the most powerful characters in all of Jujutsu Kaisen. Appearing on screen first in Jujutsu Kaisen 0 and entering the manga following the events of Jujutsu Kaisen’s first anime season, the power of Yuta and his cursed spirit Rika is only matched by a few.

Yuta wields a sword while Rika protects him, but he is also able to copy the cursed abilities of other sorcerers. Yuta has mastered a skill that even Gojo hasn’t been able to, the ability to use a reverse cursed technique and output it as positive energy.

With these powers and the interactions we’ve seen between Yuta and characters such as Itadori and Geto during Jujutsu Kaisen so far, we can safely put him near the top of our list.

It would be difficult to place Itadori on this list as his power comes from Sukuna, but since the two are only seen in the same body during the anime and manga runs of Jujutsu Kaisen so far we’ve chosen to list them together.

Thanks to the power of Sukuna, Itadori is one of the most powerful characters in the franchise and if the King of Curses was able to completely take over he would seemingly be on par with Gojo himself in terms of sheer power.

Sukuna’s powers include masterful hand-to-hand combat, superhuman strength, speed, reflexes, and durability. What makes Sukuna even more dangerous to face is his knowledge of cursed energy which allows him to break down.

When it comes to Jujitsu sorcery Sukuna is equipped with a variety of moves to devastate enemies in a quick fashion. The strongest of these moves is the domain expansion Malevolent Shrine which guarantees a hit on enemies within 200 meters.

There is little doubt that Saturo Gojo is one of if not the strongest characters in all of Jujutsu Kaisen. While little is known about his notorious six eyes technique one thing that is undeniable is its power.

Gojo is widely known as a special grade sorcerer and the only one in 400 years to be born with both the Limitless and Six Eyes abilities. This means that he can use the precision of the six eyes alongside the powerful space-distorting powers of Limitless to easily take on and defeat multiple foes.

As manga readers will know, the only way that Gojo has been defeated in battle is by being sealed away rather than killed as his immense power means that ending him for good would be an impossible task.

Related: 10 Anime Like Jujutsu Kaisen on The Mary Sue