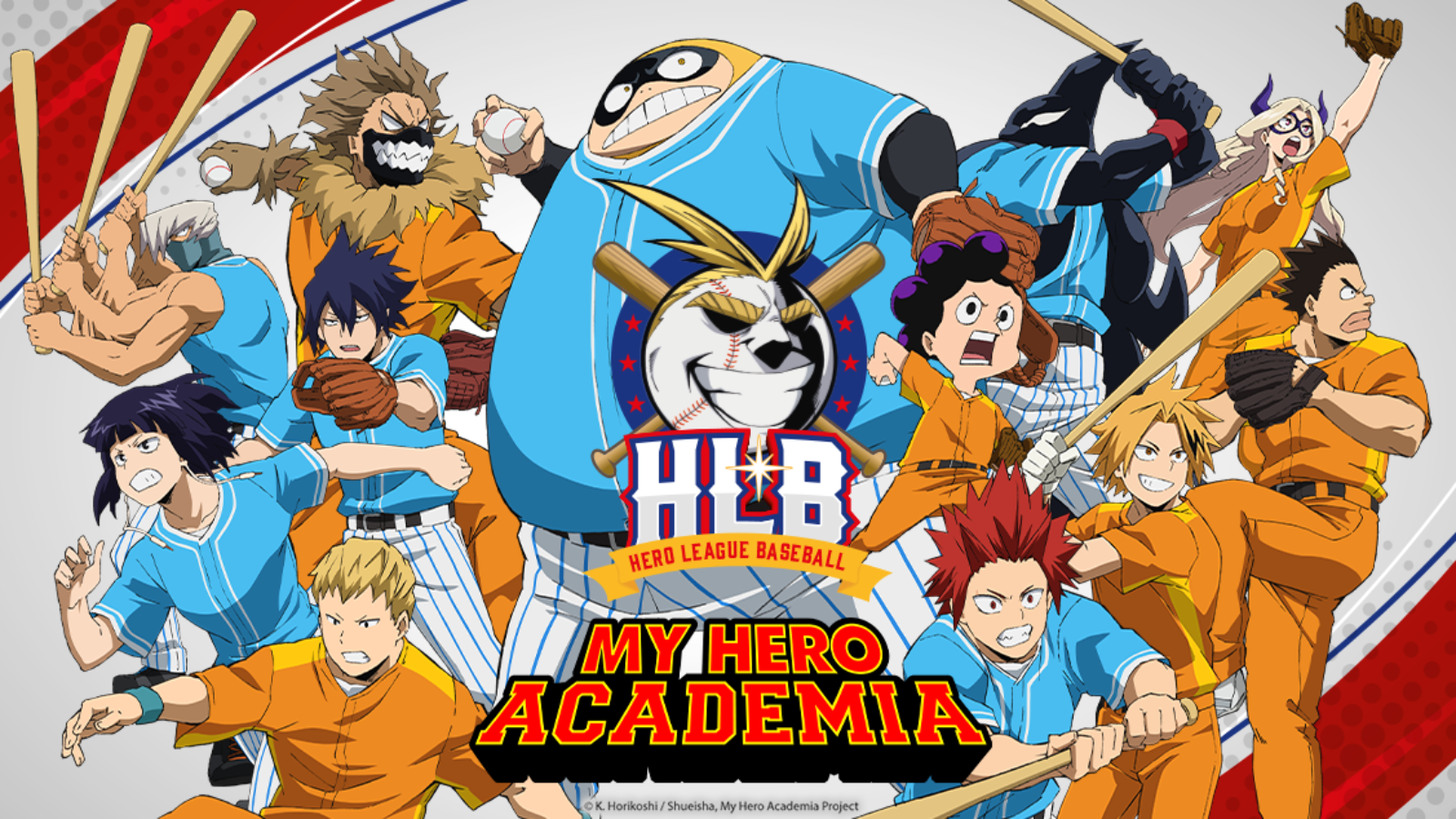 Crunchyroll has announced that the Season 5 OVAs of My Hero Academia will premier at this year’s Anime Expo at the Los Angeles Convention Center.

In a report by Anime News Network, Crunchyroll was able to license a handful of anime that will premier during the event before the official Japanese release. The first two episodes of My Hero Academia season 5 OVA, Hero League Baseball and Laugh! As if you are in hell, will both premiere episodes on July 1 at 12:00 PM in the main events hall.

The first episode of the season five OVA is about a baseball game betweent two rival agencies.

HLB stands for “Hero League of Baseball” – it is a baseball league founded by pro-heroes who love baseball!

It’s game day! The last game of HLB championship is between Gang Orca and Shishido’s two rival agencies. They form a team (“Orcas” and “Lionels”) to compete. In the world of HLB, there is no rule – using their quirks is of course accepted. However, just when the game is about to finish, they are interrupted by a villain. Who will be the winner of HLB!?

The second episode will have our heroes seak out the villain, Smiley, who can make anyone laugh hysterically after looking into his eyes.

Deku, Bakugo, and Todoroki participate in internship under the No.1 hero, Endeavor’s agency.

One of their tasks these days is to find a villain (“Smiley”) who draws doodles in the city. However, since the urgency is so low, they let other pro-heroes solve this case.

One day, Smiley draws a doodle on Endeavor’s house! Being furious, Endeavor himself and the 1-A trio go out to get the villain. However, Smiley’s quirk turns out to be something ridiculous but powerful… It is to make anyone who looks into his eyes laugh hysterically!

Can the team capture the villain and stop laughing!?

My Hero Academia Season 5 OVA will air in the summer of 2022, and will be available in the United States, Canada, Australia, New Zealand, South Africa, Latin America, and Europe (excluding French-speaking countries).

Anime Expo will take place from July 1 to 4 in Los Angeles.