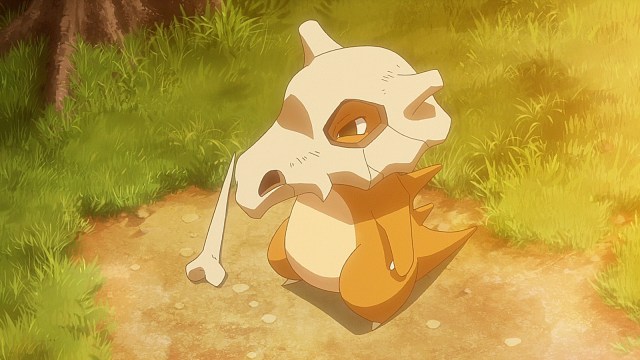 Pokémon fans have been sent into panic mode by an image circulating social media depicting a Pokémon Go trading card that features Cubone, but it’s more shocking than that.

This image on the promo card features Cubone lifting off the bone skull on his head for the first time, revealing the Pokémon face beneath. Longtime fans will know that this has never appeared before, despite being a species that has existed since the very beginning. Fortunately, though, it still hasn’t happened, with Pokefans falling for a viral fake instead.

You can relax! The image used in this bootleg product is fan art that has been printed with the intention of fooling the masses. Furthermore, this isn’t even the first time that the image has done the rounds. Back in 2019, the same photo tricked many people, and now it appears that it has done so again.

To debunk this viral creation, you can find the artist who crafted the image via DeviantArt. On the page, you can see the image file that has been used quelling any suspicions that The Pokémon Company had decided after more than 20 years to reveal Cubone’s face.

While Cubone has never fully shown its face, it is worth noting that back in 1997, official artwork did showcase some of what is under the skull while the Pokémon was yawning. This legitimate artwork first garnered attention back in 2019 when the art initially did the rounds online.

Now that you know what is and what isn’t real, you can be the one to provide some relief to your Pokémon fanatic friends, letting them know that this myth has been busted.