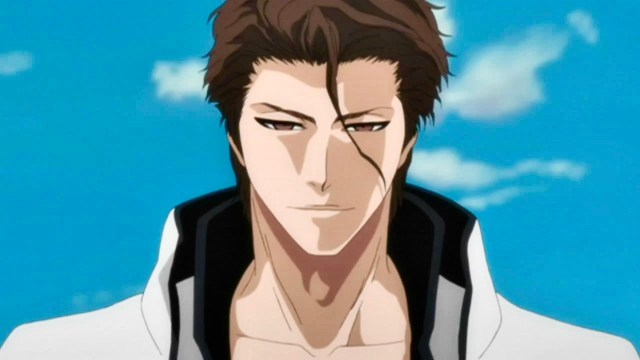 Bleach is a classic anime beloved by many fans over the years. Both the anime and the manga it is based off have been praised for the engaging plot, diverse and interesting characters, and fight scenes. The franchise features a large collection of protagonists with several interesting stories, and as such, a multitude of thrilling antagonists that have given the heroes a run for their money.

With a total of 366 episodes to date and 686 chapters in the manga, it is no surprise that the Soul Society and Shinigami have had to battle some seriously ruthless foes, from Hollows, to Aespa da, and Quincy.

Here are the 10 best villains in Bleach, ranked from worst to best.

Barragan is a member of Aizen’s Arrancar army and the second-ranked Espada, but he was the ruler of Las Noches before this. As the God-King of Hueco Mundo, Barragan is a regal and arrogant man and warrior. He doesn’t even carry his own zanpakuto, but rather has someone carry it for him. As an Espada, he gained the ability to slow down time around him or age up any item he touches to decay. He’s a strong villain, but his powers pale in comparison to the others on the list.

This Quincy has the designation of D for Deathdealing. Askin is an eccentric character, often saying what he thinks and responding with sarcasm in serious situations. His Deathdealing ability lets him calculate the perfect amount of any substance he ingests to instantly kill anyone around him. His “Gift” powers, such as the Gift Ball and Gift Bad, are very deadly, even to powerful Arrancar like Grimmjow Jaegarjaquez.

One of the primary antagonists in both the anime and the manga, Ulquiorra is an Arrancar who is ranked as the fourth Espada in Aizen’s army. His cold and distant personality is one of the reasons why he was so intriguing to fans, and he can be harsh and cruel. He is skilled in both sword fighting and hand-to-hand combat and is highly intelligent, a trait that gained him the respect of Aizen.

Lille is the leader of Schutzstaffel, with the designation of X for The X-axis. His blind faith in Yhwach and belief that he is god’s masterpiece are some of the reasons why he is one of the best and most adored villains in Bleach. His X-axis power gives him deadly accuracy with one eye closed. Opening his second eye makes him nearly invulnerable to all enemy attacks so he keeps it closed to give opponents a fair fight. He’s confident and boastful, but never annoying.

Fan-favorite antagonist Grimmjow is an Arrancar and former Espada, commonly thought to be the foil to Ichigo. He is violently impulsive and temperamental, disguised under a laid-back personality. Despite his short temper, he is a skilled warrior and his abilities such as Hierro and immense amounts of spiritual power make him one of the best villains in Bleach.

This powerful Quincy warrior is a fan favorite for his loud and arrogant attitude. With his double-edged sword, Hoffung, and his Miracle ability, he is a truly fearsome opponent. His Miracle ability allows him to bend probabilities to his favor, as well as manipulate people’s perceptions of himself and turn enemy attacks against his opponents.

Ranked as the Primera Espada, Coyote Starrk is one of the strongest people in the Arrancar army. Coyote is extremely powerful with skills like Cero, which he can fire without any motion. He also has immense spiritual pressure that is dangerous to people who are in his vicinity. He was strong enough to battle and injure Shunsui Kyoraku, and that alone is a huge feat.

Jugram is a cold and elegant Quincy with a firm belief in balance, which gave him his designation of B as the Balance. He is the second in command to Yhwach and rules Wandenreich whenever Yhwach is asleep. He often fights with a broadsword, which he once used to destroy Ichigo’s powerful Bankai. He shares Yhwach’s soul distribution power and can control fortune and misfortune, manipulating them to create a “balance.”

As the primary antagonist for the majority of Bleach, Aizen Sosuke plays a vital role in the popular franchise. He was a former member of the Soul Society, who defected and formed the Arrancar army. With his powerful Perfect Hypnosis zanpakuto and other abilities, like his mastery of Kido and Shunpo, he was very difficult to defeat for a long time. Among Aizen’s most powerful tools is his mind, as he is a genius inventor and strategist.

Son of the Soul King and the original Quincy, there is no antagonist more powerful or terrifying than Yhwach. With the power of The Almighty, he can see far into the past and future, making him able to plan and prepare for all possible futures and ensure that things go his way. Besides The Almighty, he has countless powers such as Auswahlen and his ability to share fragments of his soul.