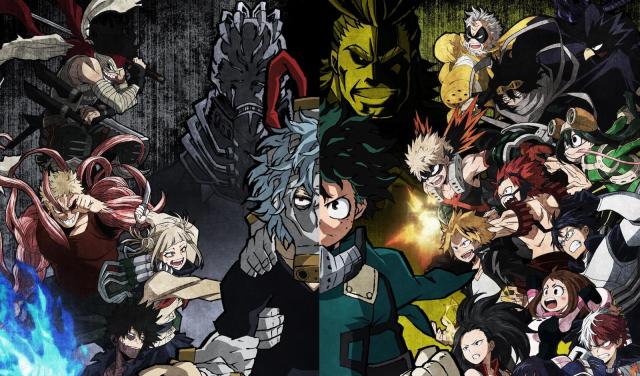 My Hero Academia has become a staple for anime fans around the world. Getting to watch Izuku Midoriya follow his dreams of becoming a Hero has been an exciting journey. Along the way, as it is for anyone looking for Hero status, Izuku finds himself amongst many different villains. Getting to battle different villains along the way helps Izuku realize his true power and become the best version of himself.

Here are the 10 best villains from My Hero Academia.

Having the ability to paralyze someone for up to eight minutes at a time has some perks, which is exactly what Stain can do by ingesting the blood of other people. Stain also has the Bloodcurdle Quirk, one of the most powerful Quirks on the show. Stain also fights with a clear motive, so it isn’t just all fun and games like it is for most villains. His goal is to change the hero system, as he feels that it is corrupt and unjust. Whether or not you believe him, fighting with passion makes you all the more powerful.

Wolfram finds himself as the person who fights and battles Izuku and the other heroes the most on the show. He has the Quirk that makes him able to manipulate metal — all Magneto style — which comes in handy whenever he fights. He also has a muscle enhancement that gives him heightened strength and agility — more so than most. Being at this level has allowed Wolfram to be able to hold his own against top-tier talent such as All Might.

The former leader of the Meta Liberation Army is undoubtedly one of the most powerful villains on the show; his Quirk allows him to transform stress into power, something that everyone can admit would be an incredibly helpful ability. The more angry and flustered he is, the stronger he gets. He has the ability to level entire cities, so needless to say, avoiding him at all costs would be a smart choice.

One of the most infamous and mysterious villains on the show lands on the list of best. The fact that very little information has been released about him makes him all the more interesting. Known as the “Peerless Thief,” Oji Harima is in the same class of villain as All For One, making him another one of the worst threats around. The fact that he resembles a clown only serves to further confirm his status as a Big Bad, especially since clowns have become synonymous with villainy in modern media — take Pennywise for example.

One of the unquestioned strongest villains on the show, Gigantomachia once was part of All For One’s personal bodyguard team while he worked for the League of Villains. The entire league had trouble making any impact on him after days and days of combat and fighting. Fans and viewers are still waiting to see what his powers will amount to, since he still has room to grow. If he was hard to control before, trying to contain him when he reaches his full potential is a scary thought.

Part of one of the biggest threats to society, the Nomu, High-End is the most powerful of all. While having battled the likes of Hawks and Endeavor, High-End is incredibly sentient while still maintaining his amazing level of strength and power. He was able to push back Endeavor and even though he was victorious, he emerged from battle clearly injured. That is just a sign of how powerful he is, as it becomes easier to fight when you know you’re invincible. If you’re not, it takes extra inner-strength to overpower your opponent.

The leader of the Paranormal Liberation front has also made quite the name for himself as a powerful villain. Due to his battle with Redesto, Shigaraki now has rekindled his Quirk and is able to spread decay without touching anything. He has the ability to control basically anything now — and he can do it from a distance. After realizing his powers, he was able to destroy half of Deika City by himself, but he didn’t stop there, as he decided to get even stronger by getting surgery.

Being able to say that you have had both heroes and villains on pins and needles waiting for your next move makes you one of the most powerful villains around. Not only that, but Kai Chisaki is also the leader of Shie Hassaikai. He is able to tear apart or put together anything that he touches. All he has to do to kill anyone is touch them, thus making him a formidable foe.

Being compared to All For One is one of the highest compliments you could give a villain in the entire show. That is exactly what Nine can say about himself. His power is said to be almost equal to that of All For One, coupled with the fact that he can steal Quirks and use them as his own. As of now, it is rumored that Nine has already acquired eight different Quirks that he can use, as well as the ability to expel radiation from his hands whenever he chooses.

Without a single doubt, All For One is the most powerful villain on My Hero Academia. Even though he has been defeated by Number One Hero before, he still boasts limitless potential as well as the ability to possess and use multiple Quirks. He is also the benchmark for all villains on the show, meaning that nobody has overtaken him to become the new benchmark and standard. It will be interesting to see what the future holds for All For One, now that he has been sent to Tartarus, but nobody can deny his true strength and power.