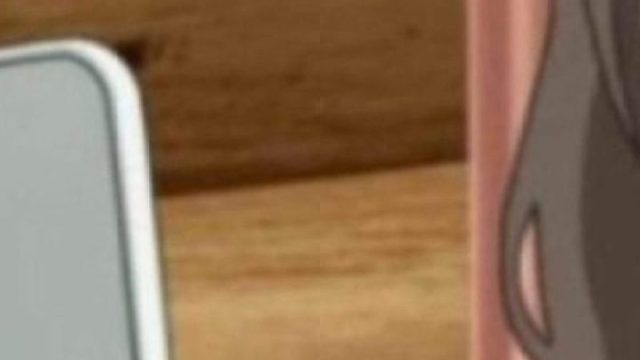 It’s a wonder that with all the various directions anime has taken, there’s still very little spotlights on business-minded folks. Money and business are rarely ever discussed in the series and films, and characters with financial drives are usually in secondary or supporting roles.

However, they do exist, and while the number is sure to keep growing, here are 10 anime characters that are businessmen and businesswomen, and yes, some are still in school!

Robert E. O. Speedwagon starts out as a petty thief in Jojo’s Bizarre Adventure. After allying with Jonathan Joestar and Will Antonio Zeppeli, he struck oil in America and became a very well renowned philanthropist, as well as one of the richest men in the world. Speedwagon Foundation became a staple name in the series and even after his death, the foundation still runs, regularly providing aid to many in the Joestar lineage. The foundation has focused on medical research and animal protection since his death.

Tamaki Suoh is a member of the famed, prestigious Ouran High School Host Club. He is also the richest of all the pretty boys who are ensuring customer satisfaction while making money by wooing all the rich students. Tamaki is also the illegitimate son of the school founder, and along with his best friend (and co-founder) Kyoya Ootori, the affairs of the Host Club are carried out and maintained flawlessly. He may be childish and stubborn, but he is also extremely bright and intelligent, second in grades to only Kyooya. As the founder of the club, his fun and exciting ideas and club events constantly rake in tons of cash for the already wealthy hosts.

One of the smartest humans in the Dragon Ball universe, Bulma Briefs is not just a brilliant scientist, but she’s also extremely wealthy. The Briefs are regularly referred to as the richest human family in the popular anime, as well as the best inventors. Her company, Capsule Corporation, which she runs with her father, owns some of the finest gadgets and tools on the planet. With their large family house, top-grade technology, and casual, yet innocent displays of their wealth, it’s easy to tell that their inventions carry a heavy price tag. The recurring moments in the series where some serious financial lifting occurs happens whenever Goku and his friends are involved. After all, there’s no point having all the money in the world, and no Earth to spend it on.

In Aggretsuko’s world of human-like animals, there exists Carrier Man Trading Ltd, an accounting firm where the protagonist Retsuko works along with other exotic animals. One of these animals is the brilliant hyena named Haida, who stands out for his time management and business savvy mind. Besides his very visible love for Retsuko, he bases his whole relaxed personality on the popular saying: “work smarter not harder.”

Kraft Lawrence might have big dreams of wanting to open up his own shop one day, but that doesn’t mean he slacks off where he’s at. He is regularly seen selling various goods out of his cart alongside the Harvest Goddess, Holo. Spice and Wolf follows his journey from meeting Holo, and traveling across towns working hard towards his goal.

A cool, calm, and collected addition to this list, Sanae Kouzuki is a web programmer who ditched the fast-paced Tokyo lifestyle to enjoy a peaceful life in the countryside. She works a remote job from home and is usually in her green tracksuit. Sanae spends most of her time at home, but when she does step out occasionally, she dons a full formal look, which matches her professionalism.

The ever so shameless Mei Hatsume is a fun character in the anime My Hero Academia, and she’s made it a habit to hound those around her to buy her products. She refers to her gadgets as her “super cute babies” as she advertises them to anyone who will listen. Her methods may not always be ethical, as she’s also known to manipulate or force people into buying her inventions, but Mei is also very devoted to her craft. Not only does she love her inventions more than other humans, she believes that she is still a formidable hero, even though she is not a fist fighter like many of her peers.

Seto Kaiba is one of the rivals of Yugi Mutuo in the anime Yu-Gi-Oh! He is also the head of Kaiba Corporation, a company that specializes in Duel Monsters card game and many aspects concerning it. Even though he’s the CEO, Kaiba also regularly takes part in the competitions. He is very intelligent and very focused, and his creativity is on par with his intelligence. His business knowledge, riches, and stacked deck of monsters and power-ups make him a force to be both feared and admired by anyone that comes across him.

Kyoya Ootori is the co-founder of the Ouran High School Host Club and the genius behind many of their day to day operations and business model. He is a lot more calculating and rational with his actions than the impulsive Tamaki, and he does the majority of the planning to ensure the club remains profitable. Kyoya is considered by the rest of the club to be the major brains behind the club’s success, and his preference for staying behind scenes earned him the nickname “The Shadow King.” His extensive knowledge surpasses most students in the school, and Kyoya always ensures the guests are properly pampered once they visit.

The grandfather of Jin Kazama, Heihachi is a man of discipline and focus. A terrifyingly skilled martial artist, what makes him a renowned businessman is that, despite his determination to be the best fighter in the world, he applies that same rigorous aggression and drive into his massive corporation, Mishima Zaibatsu (Mishima Financial Group). He is a horrible father and grandfather, but an expert CEO for over 20 years at one of the largest financial groups in the series. Heihachi doesn’t interest himself with weak men and he instilled that mindset into Jin during the events of Tekken: Bloodline.