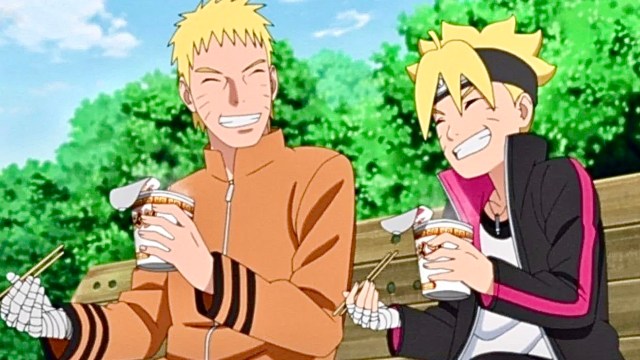 Anime is such a diverse art form, and with that, comes different personalities in the various households depicted. There have been many notable fathers in many series that have dedicated their lives to guiding, protecting, and loving their families and children.

Whether stern-yet-caring, or goofy and jovial, these fathers’ affection is hardly questioned throughout their appearances, and sometimes, their inclusion in their respective anime have made the overall show better.

Here are anime’s best dads, and all their wonderful qualities.

Boruto Uzumaki used to despise his father for paying more attention to the village than his son. Regardless of his shared loyalties, Naruto is still a very devoted father. As caring as he is skilled, he always rushes to his children’s aid, as shown when Momoshiki attempted to hurt Boruto. Naruto also isn’t afraid to discipline his son as he is seen scolding Boruto in multiple scenes in the anime. With his loving-but-strict personality, Naruto is one of the better fathers in anime.

The former soul reaper and father of Ichigo Kurosaki, Isshin Kurosaki is a goofy and playful father. He is constantly being disrespected by his daughter, Karin, and his son, Ichigo, but he keeps a fun and vibrant persona that proves his unwavering love. He is also a very good teacher and leader, as shown by his former rank of captain of Squad 10 and his guiding Ichigo on how to use the final Getsuga Tenshou. As accomplished as he is a fighter, he spends his days with his daughters, Yuzu and Karin, while Ichigo is off battling new threats to the Earth, the Soul Society and Hueco Mundo.

Sweetness and Lightning is a slice of life anime with one of the most caring fathers you’ll ever come across in the person of Kouhei Inuzuka. A single father, he has to raise his daughter, Tsumigi, on his own due to the unexpected death of his wife, and he executes this task very effectively. Kouhei may struggle to prepare a decent meal for his young daughter, but he always does his best to be available for her despite his extremely busy schedule.

In the series, Food Wars, Soma is determined to become the number one cook in the whole school. With his father’s training, he goes on to achieve such. Jouchirou doesn’t shy away from his fatherly duties even as his son is away, helping him prepare for his challenge against the Totsuki Elite Ten. Soma can say most of his traits he picked up from his father, and Jouchirou taught his son a lot of what is shown in the anime.

Jojo’s Bizarre Adventure focuses on the crazy story of Jonathan Joestar, his adopted brother Dio, and the rivalry between them that stretches through generations. Joseph Joestar is the grandfather of Jotaro Kujo. He traveled to another country to check his daughter’s condition and get his grandson out of jail, after which he went on a dangerous adventure across the world to save his daughter. A goofy-but-wonderful father, Joseph is a fan favorite for a reason.

With Dragon Ball Z, fans witnessed many young characters from the original Dragon Ball anime grow up and have families of their own. Of all these heroes, none embody the role of a father quite like Krillin. Once one of the strongest fighters on Earth, Krillin is shown to have settled down with his love, Android 18, and the couple have a daughter named Marron. He left the raucous fighting life behind. Instead, he became a policeman and chose to live a normal life because of the love for his daughter. He only ever charges into battle whenever his wife or daughter are in danger. As far as parents go, Krillin is pretty much unmatched in the franchise.

The story of Vinland Saga depicts the brutal life of Thorfinn, a young Dane who is following Askeladd in hopes of avenging his father’s death. Thors was a great warrior, and many of the series’ strongest fighters said they didn’t expect him to lose to anyone. He abandoned fighting and went to settle in a village with his wife. They had a son, whom Thors would raise to defend himself but also to be gentle when needed.

Maes Hughes acts as a father to a number of characters in Fullmetal Alchemist: Brotherhood. He was as big an influence on the Elric’s as Roy Mustang, his best friend. He would randomly bring up his wife and daughter in conversation and always gave off a warm and sincere vibe whenever he appeared on screen. While he had an unfortunate end, being a part of a series where fathers either abandoned their children or turn them into human-animal hybrids, Maes Hughes is certainly the cream of the crop.

Leader of the Kira taskforce and the Japanese police in the series Death Note, Soichiro Yagami was an intelligent and passionate man. While he condemned the actions of Kira, he never doubted the innocence of his son, Light. Soichiro showed that his biggest dilemma was choosing, in some instances, whether to be a better parent or policeman. His strong sense of justice made him a character deserving of the fans’ sympathy. Despite his busy schedule, Soichiro made it his duty to join his family at home for dinner and is widely considered to be the most honorable character in the acclaimed anime.

Byakuya is another father that always stood behind his son. In the series, Dr. Stone, Senku is tasked with restoring humanity from the stone age to the modern age using science, and Senku attributes a lot of what he learned to his father. Byakuya used to offer him a helping hand and was attentive to Senku’s needs and encouraged his passion for science.