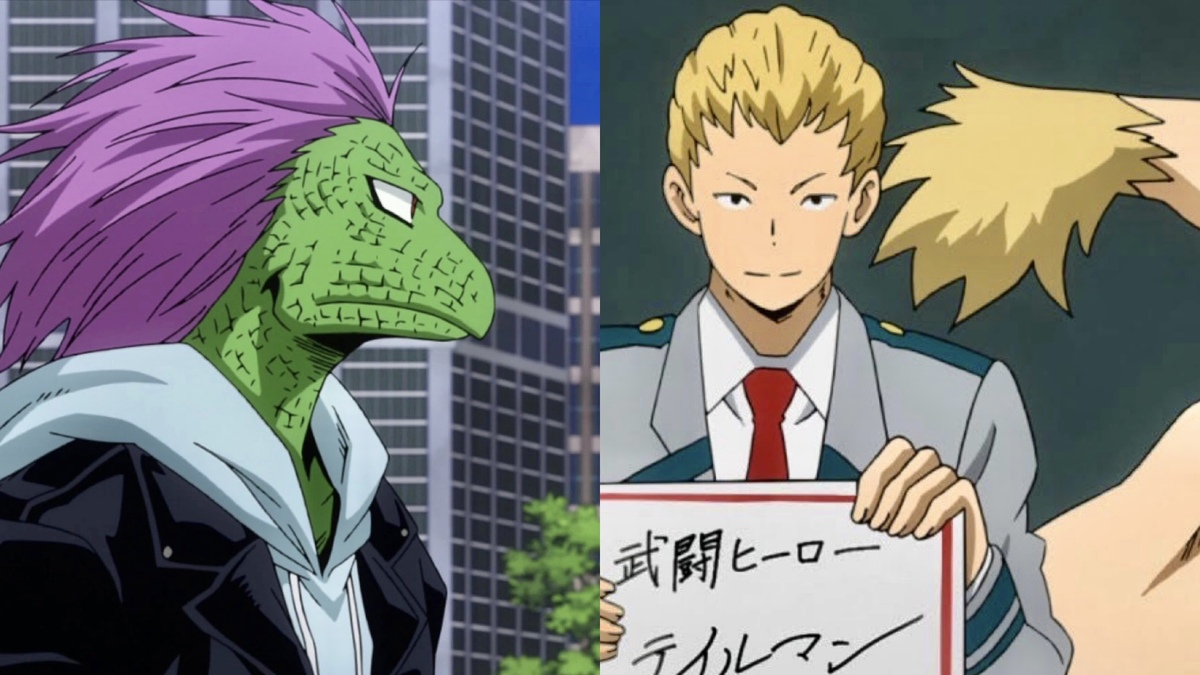 In the colorful world of anime, the superpowers characters in My Hero Academia possess are called quirks, and while some of these quirks are enviable and absolutely deadly, there are others that would make anyone roll their eyes. While no quirk in itself is bad, the situations surrounding the use of said quirk could make or break the owner, especially in battle.

Here are ten quirks that are essentially weaker than most, and you’d be better off without them if you had the chance to take your pick.

The quirk allows Rikido to increase his strength fivefold for three minutes by consuming ten grams of sugar. While on the surface, it might seem extremely useful, it doesn’t actually afford him enough strength to compare with some of the anime’s heavy hitters like Izuku Midorya, All Might, or Muscular. The usage of this quirk makes Rikido’s cognitive functions drop as his body is constantly being pushed, and eventually, his body gives out and he becomes extremely tired and sleepy. Even with the help of Kirishima, they couldn’t topple a concrete wall made by Cementoss.

The muddiness quirk gives Giran the ability to make the previous five minutes and the next five minutes of his opponent’s memory “muddy.” This must be done through by physically touching the head, and even then, it just affects the memories, not the fighting ability or cognitive power of the opponent. It doesn’t even disorient them, as they just don’t remember what happened, but are still very much capable of fighting.

This quirk belongs to Minoru Mineta and it allows Mineta to pop out sticky balls from his hair and stick them to everything but himself – they just bounce off of him. While it could be seen as a useful support quirk, it severely lacks practical use in a fight as well as fails to be a real support that can be used for evacuation.

Enemies with superior physical strength will not be held down by the quirk, as seen when Gigantomachia was unfazed by the trap set up by UA students. Furthermore, when Minoru uses the balls out of his head, he suffers severe bleeding. Minoru’s pop-off is also affected by his health, so if he is healthy, the balls will stick on surfaces for a day, but if he is weak or has less than optimal health, they won’t last as long. Capturing enemies would also require a bull’s-eye level of precision, so in this case, it’s literally a rather risky hit or miss.

This quirk belongs to Yuga Aoyama. It allows him to shoot a beam of laser, powerful enough to destroy strong objects such as buildings or metal robots, out from his belly button for a moment. With his support gear added to his Hero costume, Yuga can even spread the blasts across different parts of his body. Using this quirk can cause belly aches and loss of bowel control, so Yuga only blasts the beam for a second.

It may seem like a useful skill, but without his Hero costume, he is susceptible to attacks from all directions besides his front. Yuga also had to be given a support belt as a child because the naval laser used to leak out of his belly button without his control.

This mutant-type quirk gives Mashirao a tail that is very tough and long. He can stand on it, hang with it, and use it to support himself as he fights – similar to Frieza from Dragon Ball Z. Unfortunately, that is all the quirk does. It is described by Mashirao Ojiro himself as uncomfortable, especially when he is required to sit in chairs. Worse yet, if his opponents can grab a hold of it, Mashirao can be easily overpowered and rendered useless. The quirk has no known physical, mental or psychological buffs, and it is pretty much just a powerful tail.

A mutant-type quirk that belonged to Spinner of the League of Villains, the Geck quirk turns Spinner into a gecko-like creature, allowing him to cling to walls and surfaces. While fans love the character Spinner, both in the manga and anime, the quirk is one of the disadvantages of the character as he never seems to grow in strength, and the ability has no significant usefulness in a physical battle.

This quirk allows Mei Hatsume to see as far as five km. It would be good for snipers or sharpshooters, but there is no combat ability provided by this quirk.

This quirk belongs to Sen Kaibara and it allows him to rotate any given part of his body at high speeds. During the fight with Tenya Iida, Sen even failed to break himself free, implying the drill fingers he had were unable to phase Tenya during their encounter. It essentially reveals that the quirk is only useful in certain situations, like during close combat and even then, it doesn’t really pack enough of a punch to pierce Mashirao Ojiro’s unprotected physical body.

Solid Air is a quirk that belongs to Kosei Tsubaraba and it allows Kosei to turn air solid by blowing from his mouth. Unfortunately, this quirk is not strong enough to even hold someone. Bakugou Katsuki was trapped and simply broke through the solid air with nothing more than a punch. It does contain soundproof properties, however, so quirks that rely on sound are rendered ineffective once inside. But it is very weak and if it can’t hold the physically strong characters, it doesn’t stand a chance against quirk-powered characters.

This quirk belongs to Koji Koda and it allows him to call on animals for help in a fight against opponents or when he in danger. Koji’s quirk has the potential to be one of the most formidable, but the factors that must be fulfilled in order for it to be powerful are unreliable. Koji can only call on the animals in his vicinity, so while he could have a pride of lions, elephants, or apes today, tomorrow, it could be a kaleidoscope of butterflies. Also, if his voice is taken out by soundproofing quirks (e.g solid air) or if he suffers lethal damage to his vocal cords, he will not be able to use his quirk anymore.