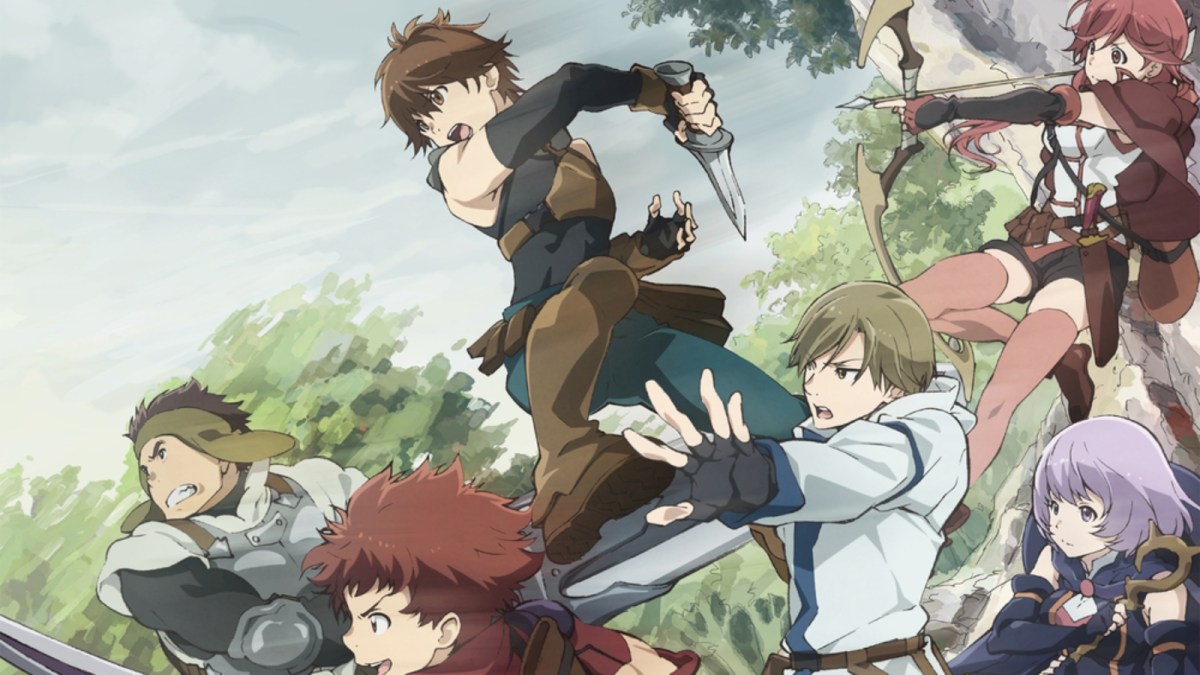 Many of us like to fantasize about living the life of a noble, mage, or warrior in a medieval-fantasy realm. However, fleeting fantasy doesn’t extend to wanting to actually live during the Middle Ages, when poverty, illness, and oppression ran amok. That being said, it’s still fun to watch TV shows or movies set within this type of ambience or specific time period, which we can thankfully do from the comfort and safety of our modern couches. Such being the case, we’ve put together a fantastic list of must-watch anime (ranked by level of greatness) where the story takes place inside a medieval setting, including favorites like Sword Art Online, Inuyasha, and Berserk.

Watching these great TV shows and movies will give you the full virtual medieval experience without having to endure incurable plagues, grueling torture, or barbaric executions personally, so why not dive right in and enjoy the entire list? Is there any cinematic slice of juicy medieval madness from anime that’s missing here?

The anime adventure in Is It Wrong to Try to Pick Up Girls in a Dungeon? (notwithstanding its mouthful of a title) is a treat for any medieval-fantasy-quest lover out there. Taking place inside a fictional world of gods and magic, this tale of wonder boasts a series of gripping monster battles, with warriors’ ability to level up and collect items reminiscent of a role-playing game.

In Romeo x Juliet, an anime retelling of William Shakespeare’s classic romantic play set in fictitious Neo Verona (presumably somewhere during the 14th or 15th century in this alternative world), the medieval drama combines fantasy elements to birth an alternative version of the original story. You’ll probably like the interesting sword-fights and plot twists that show up along the way, as well as the much-improved quality of the tale’s lead characters.

18. The World Is Still Beautiful

Palace-drama anime The World Is Still Beautiful is a highly entertaining watch, kicking off with a jealous and tyrannical boy king and a fierce and independent princess at each other’s throats, participating in a psychological power struggle that soon grows into something of substance. To top it off, the female lead has a mysterious power up her sleeve, which is impressive and unique enough to attract the interest of the male lead, who has their whole make-believe world under his thumb. The drama plays out in an atmosphere that looks like a cross between the 18th century and medieval times.

Based on the stories found in the Arabic folktale collection One Thousand and One Nights, known in English as Arabian Nights, the Magi series (comprised of Magi: The Labyrinth of Magic and sequel Magi: The Kingdom of Magic) takes place in an imaginary world inspired by the medieval Middle East. However, various fantasy elements are inserted into this anime, with most of the action relying on a magic system supplied by mysterious energy called magoi. Meanwhile, magical beings like Djinn, magi, and magicians are there to seize the spotlight, while magical objects such as a magic carpet, flute, and staff also make frequent appearances.

16. The Witcher: Nightmare of the Wolf

If you’re interested in finding out more about the medieval-fantasy world of The Witcher beyond the Netflix series, then The Witcher: Nightmare of the Wolf, a tale that revolves around Geralt of Rivia’s mentor during his youth, is a good place to start. Buckle up for a wild anime ride filled with magical warfare, monster battles, and romantic heartache.

15. Wandering Witch: The Journey of Elaina

The story in Wandering Witch: The Journey of Elaina plays out within a medieval-fantasy-like world (with a besieged castle, a cursed princess, and a rampaging monster appearing at one point) that boasts a system of magic practiced by mages. Most of the action in this anime involves correcting any magical disasters that occur inside each territory the wandering-witch protagonist visits.

With the stage for this anime set within a 15th-century fantasy version of medieval Wallachia (a region of Romania in Southeastern Europe, in case you didn’t know), Castlevania is a rewarding viewing experience for any dark-fantasy lover. Expect to see lots of bloody action take place between humans, vampires, sorcerers, and monsters in this exciting series.

If you like the idea of watching elves, dragons, and goddesses duke it out, with some impressive human warriors thrown into the mix, then Dota: Dragon’s Blood will align with your tastes. Taking place in a medieval-looking fantasy world, this anime is replete with thrilling battles and political machinations, and therefore worth a watch.

Set all the way back in the 11th century, with the story’s events transpiring mostly in England, Vinland Saga delivers a satisfying anime adventure for anyone who’s obsessed with tales centered around the warrior lifestyle. Enjoy the intense battles and duels from the comfort of your living-room sofa while learning about the diverse cultures and bloody conflicts of ancient Europe.

While at first, Yona of the Dawn seems like it’s going to be a stereotypical palace drama, nothing could be further from the case. In this compelling anime set within a made-up world based on medieval Asian civilizations, prepare to hit the road with a youthful princess and her companions as they reckon with the aftermath of a mind-shattering assassination. Along the way, the female lead grows from a timid young girl into a full-fledged warrior, not only possessing sword-fighting and archery skills, but also, having a group of loyal dragon warriors at her beck and call.

A follow-up from its predecessor Inuyasha, Yashahime: Princess Half-Demon has a lot to offer an audience as well. Along with the reappearance of many of the original and much-beloved main characters, expect to see even more yokai and half-yokai introduced on-screen in this anime, equipped with the powers needed to birth a whole new generation of epic fights in both feudal-era and modern-day Japan as the element of time travel reappears to kick-start the plot once again.

In popular classic Inuyasha, the feudal era of Japan (to be more precise, sometime during the Sengoku period, which ranged from the 15th to 17th century) is combined with fantasy elements to deliver a thrilling cultural and mythological experience, with yokai, half-yokai, and other supernatural beings making frequent appearances. If you’re a fan of action, you’ll enjoy the slew of god-tier-level duels that take place between demons of extreme power in this anime. There’s also time travel that takes place between modern-day and feudal-era Japan, which is pretty awesome.

Despite boasting catchy modern music with a cool beat, Samurai Champloo is set during the Edo period (taking place about 60 years after the Sengoku period) in Japan, featuring wandering samurai accompanied by their deadly blades. Such being the case, there are lots of kick-ass duels to be enjoyed in this anime, including recurring, albeit interrupted fights that occur between two of the story’s main characters. Although this tale technically unfolds after the medieval era has ended (with the Edo period stretching from the 17th to 19th century), there are still many stylistic and lifestyle remnants of that age around.

The events of Dororo take place during the Sengoku period (somewhere within the 15th to 17th century) in Japan, which was a time dominated by feudal lords and their samurai. However, this dark-fantasy anime takes things a step further, adding man-eating demon gods to the list of ordinary people’s woes. If you like tales of betrayal, revenge, and empowerment, with lots of demon-slaying and family drama, then this viewing experience is the right choice for you.

Although Sword Art Online is set in modern times in Japan (to be exact, about 20 years in the future in 2022, when the first light novel that inspired the anime was published in 2002), the virtual world of Aincrad (where most of the story takes place) is stylistically medieval. Within the survival game that encompasses the plot for the first 14 episodes, players must fight with swords and combat monsters while living in an online environment based on medieval architecture, with a floating iron castle containing the entire world. The second half of the season takes place inside the virtual reality, medieval-looking fairy realm ALfheim Online.

Based on The Earthsea Cycle series by Ursula K. Le Guin, director Goro Miyazaki’s Tales from Earthsea is a compelling watch for any medieval-fantasy fan, taking place inside the fictional world of Earthsea. In this anime, you’ll get to see an archmage, a warlock, and some dragons in action. There’s also an antihero protagonist who interestingly has a lot in common with the story’s dark-lord villain, as well as a mysterious female lead who hides a thrilling secret until near the film’s end.

A must-watch film for any fan of director Hayao Miyazaki, Princess Mononoke unfolds during the Muromachi era (sometime within the 14th to 16th century) in Japan, albeit with a fantasy twist. In this classic anime story, you’ll be exposed to some talking animals and a mysterious curse, as well as receiving the opportunity to meet a warrior girl raised by wolves. There are also impressive feats of strength to goggle over, such as Ashitaka’s god-tier-level archery ability and impressive upper-body strength, and San’s mad skill with bladed weapons and awe-inspiring techniques for quick and agile movement during battle.

Taking place in a fantasy world based on medieval Asian and Native cultures, Avatar: The Last Airbender, along with its sequel, The Legend of Korra, provides a superb viewing experience. Although the practice that receives the most focus in both these anime is bending (the ability to manipulate water, earth, fire, and air), many of the moral lessons, cultural traditions, and artistic settings within these two stories are modeled on those of real ancient civilizations. Each country or tribe featured in the series has a unique outlook on life, system of government, and way of living, so you’ll never feel bored while watching.

Set in a dark medieval-fantasy world rife with bloodthirsty tyrants and demons, Berserk is a gripping tale of love, betrayal, and revenge. Throughout this epic story, expect to witness lots of cool battles waged between man and beast, with both supernatural and medieval weapons showcased. In the 1997-1998 anime, the Berserk: The Golden Age Arc film trilogy, and the 2016-2017 anime, prepare to observe mad kings, sociopathic priests, brutal warriors, and soul-devouring demons in action.