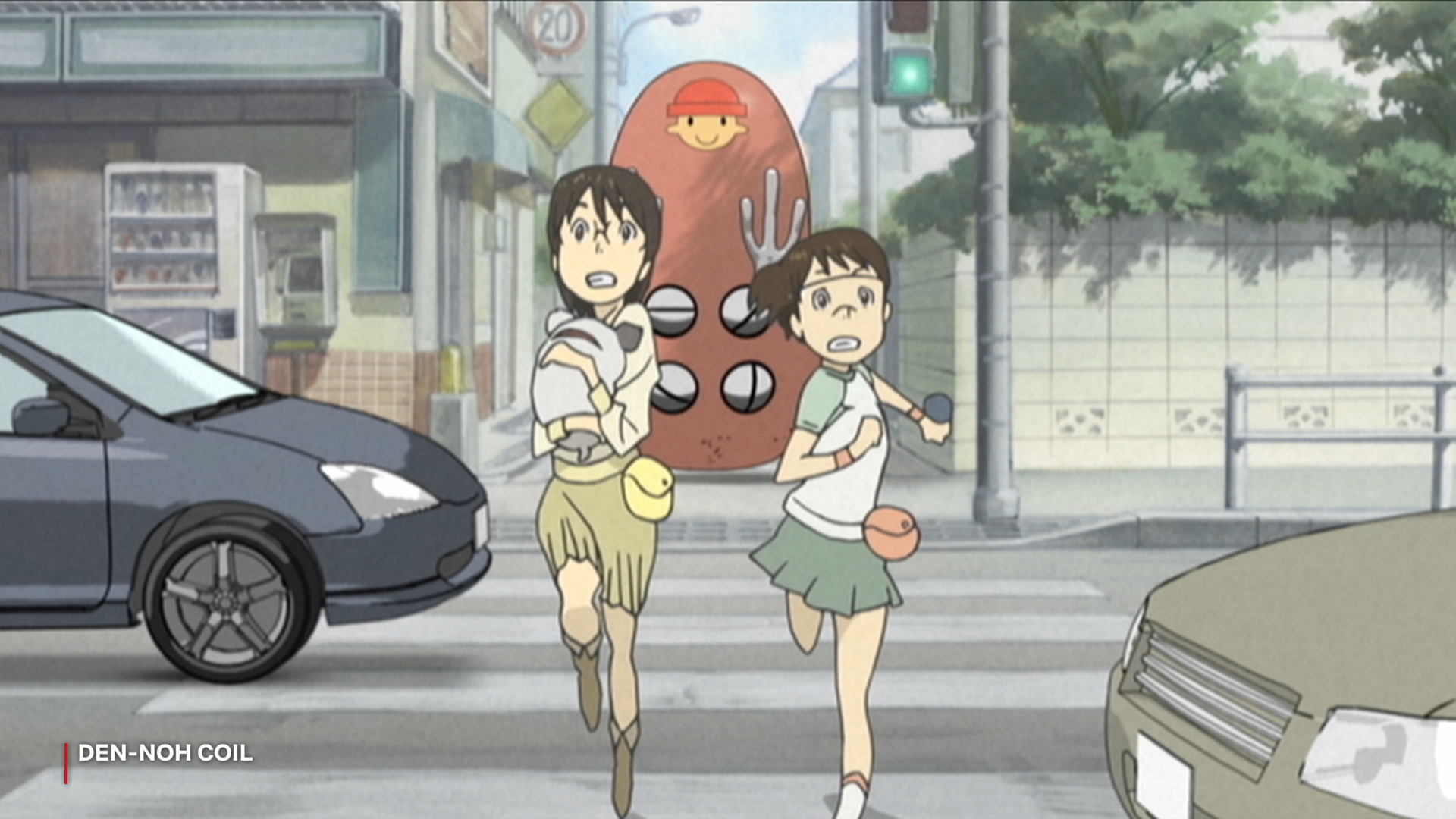 Streaming giant Netflix announced that it will add Mitsuo Iso’s 2007 sci-fi anime series Den-noh Coil to its catalog tomorrow, Jan. 27. The addition precedes the premiere of Iso’s latest, The Orbital Children, on Jan. 28.

The series was the directorial debut for Iso, a well-known mecha animator who had worked on the key animation of iconic battles in everything from Char’s Counterattack (under a pseudonym, nonetheless) to Neon Genesis Evangelion. Iso also notably designed the firearms in Mamoru Oshii’s Ghost in the Shell.

Set in 2026, Den-noh Coil features augmented reality tech as a mundane reality for its child protagonists, both named Yuko. Along with their classmates, the two explore mysteries surrounding cryptids that appear as cyber yo-kai. For his original script, Iso was awarded a Seiun Award for Best Dramatic Presentation, Japan’s oldest award for science fiction writing.

Den-noh Coil’s Netflix page currently only lists a Japanese vocal cast, though Sentai Filmworks made an English dub of the series for their physical release in 2016. Netflix did not say whether they would stream the existing dub or if they would make an entirely new one.

After 15 years, Iso returns to speculative fiction in his first film as director, The Orbital Children. The film, set in 2045, will again explore the lives of children now in the age of space travel. Together, children of the moon and Earth must survive on a marooned space station using social media and artificial intelligence. The film will be released in two parts in Japanese theaters, the first on Jan. 28 and the second on Feb 11. Netflix is dividing the film into six episodes, three of which will release on Friday as season one.