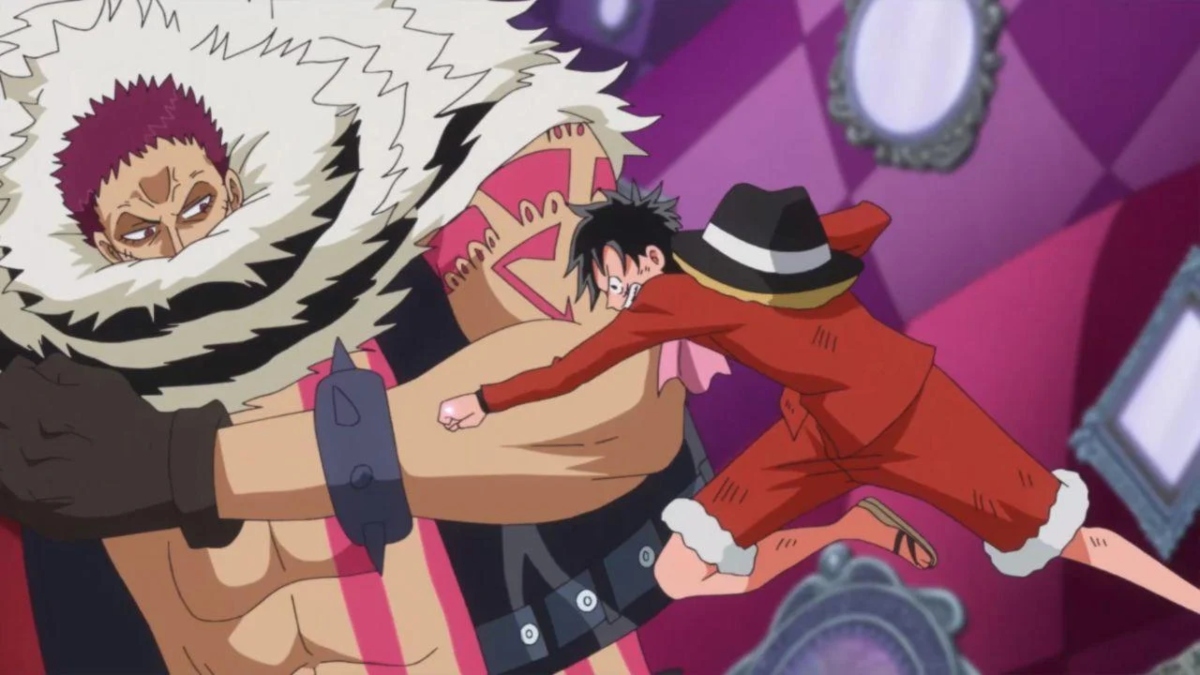 Currently airing its Wano Country Arc, which began on July 7, 2019, the One Piece anime has been running since October 1999. Surrounding the protagonist Monkey D. Luffy, One Piece follows the adventures of the Straw Hat Pirates, a band of misfits in search of the coveted ‘One Piece,’ a treasure that will make its owner the next King of the Pirates.

Throughout the series, Luffy encounters and fights many antagonists, most of whom wish to thwart his plans and steal the ‘One Piece’ for themselves. One of those enemies is Charlotte Katakuri, the third child of the Charlotte Family after Charlotte Brûlée and Charlotte Oven and the elder triplet brother of Daifuku and Oven. Katakuri is — essentially — the strongest Yonko Commander of the Big Mom Pirates and he was introduced in the Whole Cake Island Arc, the 19th overall season that aired from April 2017 to June 2019.

What episode does Luffy fight Katakuri in?

After hunting Luffy out of fear for his mother, Charlotte Linlin, whom he initially thought Luffy was going to harm. Technically, Luffy and Kataruki’s confrontation begins in Episode 851, titled “The Man with a Bounty of Billion – The Strongest Sweet Commander, Katakuri,” but it continues on to Episode 852, “A Hard Battle Starts – Luffy vs. Katakuri.” Luffy and Kataruki clash in the Mirro-World, where the former is initially no match for the latter. Having started with Episode 851, the glorious battle between Charlotte Katakuri and Monkey D. Luffy concluded in Episode 871 with Luffy’s eventual victory.

Across 20 episodes, Kataruki and Luffy fight until the bitter end. Then, ironically, in the 2022 One Piece film titled Red, which released in November, Kataruki befriends the Straw Hat Pirates after accepting defeat and acquiring some newfound respect for Luffy as his rival and equal.

All seasons of One Piece are available to stream on Crunchyroll.